Mano Erina's "Seishun no Serenade" releases on the 26th of January.

(sorry about messing up the source >< )

I believe this has not been posted yet.

The Japanese film site Movie Collection has uploaded the first teaser for Takehiko Shinjo’s Paradise Kiss to their YouTube channel. The film is a live-action adaptation of a manga by Ai Yazawa.

Plot: Yukari Hayasaka (Keiko Kitagawa) commutes to a prestigious private high school in Tokyo every day, but recently she’s been having doubts about her lifestyle which has her constantly bouncing back and forth between her normal classes and cram school as per her parents’ wishes. One day, she’s scouted as a model for an aspiring fashion designer named George Koizumi (Osamu Mukai). Yukari is puzzled by the fashion world at first, but witnessing people chase their dreams with a single-minded focus eventually inspires her to find her own path.

Warner Bros will be releasing “Paradise Kiss” in Japan sometime in May 2011. 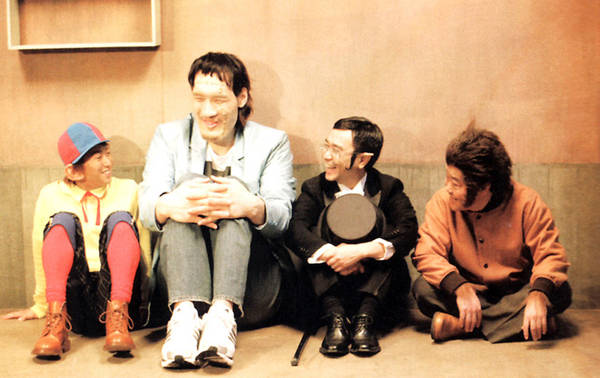 It has been confirmed that the "Kaibutsu-kun" drama series, starring Arashi's Satoshi Ohno (30), has a movie version in the works. The film will be shot in 3D and is said to be a huge project, with some sources reporting that NTV is investing approximately 2 billion yen for the film's production budget. Yoshihiro Nakamura ("Golden Slumber," "Team Batista no Eikou") has been tapped to direct.

Although the drama only averaged 13.9% during its original broadcast run last year, it reportedly had ratings of 24.2% among young children and families. The show already got a special episode last year, and the characters from the show also made an appearance at NHK's Kouhaku Uta Gassen.

This will be Ohno's first solo starring role in a movie. Besides him, the show's main cast will reprise their roles, including Norito Yashima, Ryuhei Ueshima, Choi Hong Man, Takeshi Kaga, Masahiro Matsuoka (TOKIO), Izumi Inamori, Umika Kawashima, and Tatsuomi Hamada. Of course, new characters will be added as well, including an original villain.

Filming will begin this month, and some scenes will be shot in southeast Asia as the story involves Kaibutsu-kun and his friends going on an adventure to a fictional country.

Production is aiming to finish around October. Although an exact release date has not yet been set, various sources are reporting that the film will either be released around Christmas or the New Year holiday season.

S/mileage has been feaured in two new CM's for Mc Donalds and a new Nintendo DS game “Zombie Daisuki"!! The six-member band RAG FAIR, known for leading the a cappella boom in recent years, will be going on hiatus at the end of March. Although the group plans to reunite sometime in the future, the members will be working on solo careers starting in April.

RAG FAIR formed in 1999 and made their major label debut in December 2001, making this their 10th anniversary year. In June 2002, they took the top two spots on the single sales rankings, and that same year they were invited to NHK's Kouhaku Uta Gassen, further fueling the a cappella boom.

About a year ago, the group discussed their future and decided to each pursue separate paths for now, though their specific plans have not yet been revealed. However, it appears that they will continue holding their popular live entertainment stage show Non Stop Hour, but in a different format. They last held it in the fall of 2010.

Before their planned hiatus, they have a tour scheduled from February 19 to March 20 taking them to Tokyo, Osaka, and Nagoya.

Actress Sawajiri Erika has finally returned to Japan after her three month long stay in Spain.

Sawajiri was expected to return for the holidays in late December, but unfortunately she hasn’t been able to celebrate Christmas and New Year’s Day. Her flight arrived at the Narita Airport in Tokyo at 10 AM this morning and she immediately headed towards her home without answering any questions from the reporters.

Most people are curious about her ongoing divorce saga with her husband, media-creator Takashiro Tsuyoshi. The divorce turmoil started back in April of 2010, but there often has been articles about a possible reconciliation. In October, several tabloids reported that the couple has apparently fixed their marriage and have been living together in Barcelona, Spain.

TBS will be pulling the plug on its long-running variety/game show "Sekiguchi Hiroshi no Tokyo Friend Park II" (Mondays, 7:00pm) at the end of March, it has been learned.

Hosted by talento Hiroshi Sekiguchi (67), the show was born over 18 years ago as "Sekiguchi Hiroshi no Tokyo Friend Park" in 1992, but it gained the "II" in its title in 1994. Known for bringing on celebrity guests and having them compete in a variety of mini games and physical challenges, the show once enjoyed ratings over 20%.

In 2009, TBS decided to launch a news show in that time slot, ousting "Tokyo Friend Park II" and moving it to Thursdays at 8:00pm. Ratings soon flagged, and TBS returned it to its Monday time slot in March 2010. Unfortunately, the damage had already been done, and ratings recently dropped into the single digits. Still, over the show's almost 17-year history as "Tokyo Friend Park II," it has averaged an impressive 16.8% rating.

It is not yet known what TBS will replace the show with this spring. 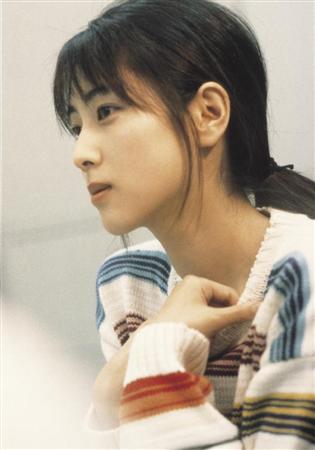 Doll Corporation surveyed 400 marathon runners on which songs they would want to hear “Before the start of the race”, “When you seem to want to give up”, “When you reach the goal” and combined ZARD’s “Makenai de” (Don’t Give Up) came in 1st.

On February 27 Doll will be having the Tokyo Marathon 2011 and will be giving out 78,000 free bananas. These bananas are imported from the Philippines to Japan and they hope they will give the runner’s power. They will also be playing ZARD’s “Makenai de”. The composite ranking is as follows. 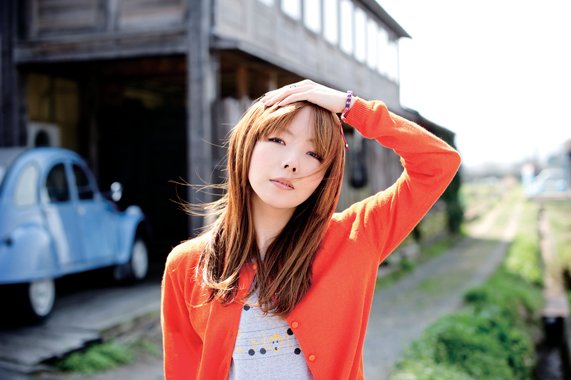 On February 23rd, aiko will release her best albums “Matome 1” and “Matome 2” at the same time.

It’s been 14 years since aiko debuted and she is finally releasing her best albums, these items are sure to be popular. “Matome 1” and “Matome 2” will both of 16 songs on them and cost 2800 yen (~34 USD). All the songs are written and composed by “AIKO”. Exluding aiko’s debut song “Ashita”, all of the songs lyrics and composition were written by herself.

The tracklist and jacket information will be released later, so fans should look forward to a follow-up report. 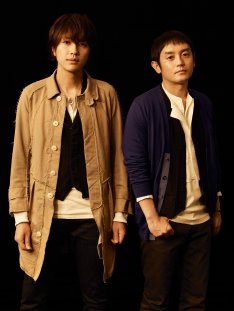 Yuzu will appear on the next broadcast of Natalie’s WEB streaming program “Natalie TV”. It will be the day before the release of their new single “Heywa”, January 18th (Tuesday) at 20:00 (8pm). The 1 hour talk program will be distributed through “Yuzu STREAM”.

In addition to the members, their old friend and the editior-in-chief of “Talking Rock!” Yoshikawa Nao will also be there. They will discuss unknown things about their work “Heywa” and talk about their enthusiasm for their country-wide tour beginning in March.

This program will operate together with Twitter. While the program is going on, we will be taking questions for the 2 members of Yuzu, so think now about what you want to ask them.

Warner Bros. acquired the rights to the series from previous rights-owner Vertigo Entertainment in 2009, at which time screenwriter brothers Vlas and Charles Parlapanides were attached to the project. Actor Zac Efron has been rumored to star in the film; in a 2009 interview Efron acknowledged having a meeting but did not confirm whether he had the role or not, saying only that the project was not "on the front burner."

(Update: Variety has confirmed this information.) 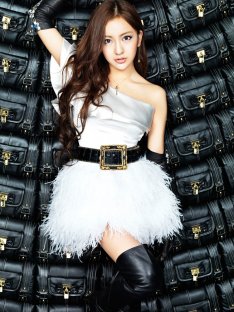 AKB48’s Itano Tomomi who will release her solo debut single “Dear J” on January 26th has opened her official website.

This website has the latest news, previous release news and program/CM performance news. Heading towards her solo debut, she can be the first to give out the latest news. 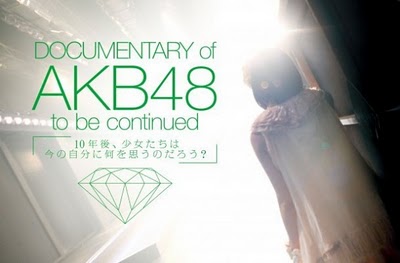 The details have been announced for AKB48’s documentary movie “DOCUMENTARY of AKB48 to be continued 10 Nengo, Shoujo-tachi wa Ima no Jibun ni Nani wo Omou no Darou?”.

The movie will unfold on AKB48’s home ground at the place where they do their performances, the “AKB48 Theatre”. The 120 minute movie will cover their activities at the theatre as well as giving total coverage to 15 individual members.

The theme for the individual shots is “The time you go from being an idol back to being yourself”. Until now, there haven’t been many chances to see the girls’ real faces and their real feelings. 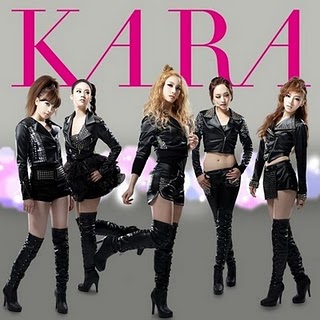 Rekochoku released its January 13th Video Clip Daily Ranking and 2 different versions of KARA’s 2nd single “Jumping” were in the TOP5 at the same time.

Also, the music video for KARA’s 1st single “Mister” is 2nd in the same ranking, it’s become a long hit.

For the release of the "Audi A1" by Audi Japan KK, a special event has been held recently in Tokyo under the title of "Urban egoist A1 Night in SHIBUYA" to which BREAKERZ vocalist DAIGO had also been invited as a guest along with the fashion models appearing.

Even before the appearance, DAIGO said about the test drive that it felt really cool and that there was a certain sense of stability, when going at high speed.

He also addressed his aims for 2011, on which he stated: "This year we are entering the 'Daisakkai'*, so it's better not to overdo things."

* 'Dasakkai' is a term in fortunetelling and stands for an "unlucky" period.

Also, since this year is the year of the bunny, he was thinking of making this year "bunnish", yet DAIGO is apparently still seeking out the possibilities.

And while the comment might be a little hard to grasp, we hope for more activities from BREAKERZ this year as well.

Source of article | Source of pic