Miyabi is so hot I wanna bake cookies on her

I'm really glad Hello! Project is extremely creative with the large variety of shots they supply in every one of their music videos!

The closeups look gorgeous! I'm such a sucker for bokeh.

This fall, NTV and J SPORTS will be broadcasting the “Rugby World Cup 2011”, and flumpool has been chosen to sing the theme song.

flumpool previously sang the support song “reboot ~Akiramenai Uta~” for the Japanese soccer team at the “2010 FIFA World Cup”, which was also broadcast on NTV. This year they have been chosen to sing again for the Japanese rugby team, which is ranked #13 in the world with no opponents in Asia.

flumpool began working on this theme song while they traveled the nation during their hall tour, “Fantasia of Life Stripe ~Boku-tachi wa Koko ni Iru~”. Furthermore, details about a CD release or digital release are still pending, so fans should look out for a follow-up report. 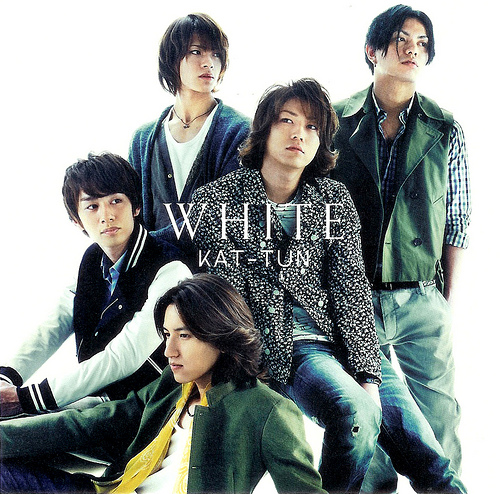 KAT-TUN's 15th single, "WHITE" has sold 151,000 copies this week, ascending to the #1 spot. Since their debut in March 2006, KAT-TUN has had 15 singles top the charts consecutively. Combined with their five #1 albums, the boys have seen 20 consecutive releases reach the top of the Oricon weekly charts.

"WHITE" is the group's first single in three months, since "ULTIMATE WHEELS" in February. The title track served as the theme song for the Kao "Sofina Adult Skin Whitener" CM, while the song "PERFECT" was used in the "AOKI 3D SLIM" CM featuring group member Kamenashi Kazuya. 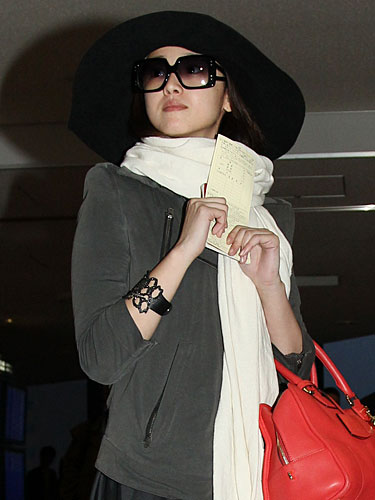 It has been revealed on the 20th that actress Erika Sawajiri (25)'s divorce papers from Tsuyoshi Takashiro have been withdrawn from a notary public's office in Spain.

On the same day, Sawajiri returned on an Air France flight from Europe to Haneda Airport after doing various works throughout the continent. Journalists asked the famous actress, "Did you bring your divorce papers back here with you?" to which she said, "No, they're in Japan now." According to authorized people, on the 16th the papers were withdrawn from a Spanish notary public's office and mailed to Sawajiri's lawyer in Japan.

When asked when the divorce papers would be submitted, the mogul replied "I haven't decided yet."

In February during a Takanoyuri Beauty Clinic CM interview, Sawajiri reported that the papers were in the custody of a Spanish notary public's office. On the 16th through Sawajiri's legal power, the documents were withdrawn. Though Takashiro has already signed the paperwork for divorce, it seems that there is a possibility that government offices have yet to approve it, meaning that there is possibility that divorce will not happen any time soon.

Sawajiri visited Prague this month for the filming of a new CM. She later spent time in Bali for vacation, and returned to Europe for work and private time. It's rumored that she also visited Spain during this month. While being attacked by over 40 reporters at Haneda, the actress/model/singer/CEO kept a smile on her face, obviously in high spirits.

A known fashionista, Sawajiri donned a skirt with a high slit and a scarf, as well as a large hat, making for a chic outfit. She reportedly embraced a man on her staff who came to pick her up, surprising reporters. Look at all this pretty :3

The "riverside" version of Manoeri's new pv My Days For You. The single will be released June 29th

if anyone was curious as to why 2PM flew off the charts so fast, their limited cd had tickets for an mini concert event/high five that was held today. considering the only way to attend was to buy the single and then, in order to get to high five and talk to the member, you needed their photocard... well certainly explains both their high sales and why it dropped so fast (no need to keep trying to get tickets or try to get the photocard you want). makes you wonder how they'd sell without these fan events.

Music Walker recently surveyed their viewers on which artist they would want as a boyfriend or girlfriend.

Flawless, exotic and classy
I want a new photobook for her, already!!!