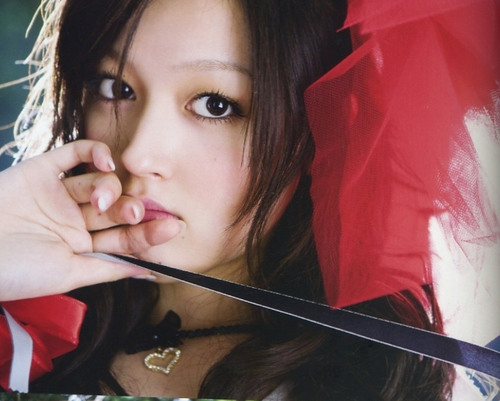 Mix Speaker's,Inc. - Kasa no Shita no Sekai PV [FULL] from Masamune on Vimeo. In light of their upcoming debut, Kis-My-Ft2 has opened up their own official website through avex!

Their website features a link to their staff blog; information, discography, and profile pages; their schedule for their summer tour, and even a countdown until their official CD debut with the single, “Everybody Go“.

They followed KAT-TUN's vibe closely, i thought they were going to sign under J-One records. Nishida shook each person’s hand and gave words of encouragement such as, “Ganbappeyo,” and, “It’s alright, the nuclear plant problem will be solved soon.” On top of that, Nishida gave out 700 originally designed t-shirt and polo shirts to people.

During the talk session, Nishida was requested to sing his hit song, “Moshimo piano wo hiketaranara,” and performed an a capella version. He commented, “Fukushima people are very strong. Let us go back to Futaba town with confidence.”

A 58 year old woman commented with a smile, “Words of encouragement from a fellow Fukushima person really hits the spot. It really gave me energy.”

Nishida prepared 700 bowls of ramen and other foods for the evacuees and even invited the townspeople to the neighborhood movie theater. Approximately 80 people were greeted for a private screening of Nishida’s newest movie, ‘Hoshimamoru Inu‘ which is set in Fukushima prefecture.

their best PV imo.
they have grown up so well, these kids.
*changed the link

After a year and 8 months, B'z will finally release their 18th studio album, titled "C'mon" on July 27th. The new album will include their hit singles from this year, "Sayonara Kizudarake no Hibi yo" and "Don't Wanna Lie", as well as the B-side to the latter, "Homebound." The album's title track, "C'mon" will serve as Pepsi Nex's new CM song beginning July. A new version of the group's 2000 hit, "ultra soul 2011" is also included. The song will be the theme to FINA World Championships Shanghai 2011 to be held in July.

B'z are Japan's current best-selling act (and arguably in Asia as well), with a whopping 80 million copies of singles, albums, DVDs, and Blu-Ray Discs sold so far.


This album looks set to do really well, already slaying your faves in pre-orders everywhere especially on Amazon,jp (the online store that matters the most). Published on June 13 in Rakuten WOMAN magazine the editors of "Location Japan" introduced "The ultimate romantic dating spot". "Location Japan" is a magazine which gives information about the shooting locations and attractions from various Japanese movies, dramas, etc.

Out of all television drama location spots, the spot that is recommended as the one that will make your man want to propose is "Ebisu Garden Place" located in the Shinjuku area of Tokyo. This spot was featured in the 2005 TBS drama "Hana yori Dango" (Season 1). On June 25th, KARA held a fan meeting at Ebisu Garden Hall in Tokyo where they performed their new song “GO GO Summer!” and shook hands with 220 fans.

It has been half a year since KARA has performed in front of their Japanese fans. The last time was on December 24, 2010 at Makuhari Messe in Chiba up until their recent live performance on TV Asahi’s “Music Station”.

In their new song they make use of the popular ‘para para’ dance from the 1990s and now they’ve titled their own dance ‘KARA para’.

Seungyeon (22) gave some PR, “The song has a refreshing melody, so please listen to it in the summer”. When leader Gyuri (23) was asked what she was most looking forward to this summer she quickly responded, “I want to go to the beach!” , but followed up laughing, “Even though I honestly can’t swim…”

They should have a concert tour not just a fan meeting lol!!!!!

Just before she headlined Saturday night's Japan disaster relief benefit concert, Lady Gaga was sued over the bracelets she's been selling for the same cause.

According to the federal class action, the do-gooder pop star wasn't exactly being honest when her Web site claimed all the proceeds from sales of her "We Pray for Japan" wristbands would go to help victims of the March earthquake and tsunami.

A Detroit-era legal network said in its complaint, filed Friday, that Gaga kept part of the $5 that every customer paid for a wristband and inflated shipping charges so she could pocket more. She then counted even the money she allegedly pocketed in her donation figures, artificially inflating donation numbers, in order to make more money, the suit charged.

Gaga's deceptive advertising and personal profits from the bracelets violated federal racketeering laws and a slew of consumer protection laws, too, the suit claimed.

"When we tried to communicate with the defendants in this lawsuit, all we got was, 'well, some of the money is being retained, but we don't really know how much,'" said the 1-800-LAW-FIRM lawyer who sued, Alyson Oliver.

"The recent events here really affected me, not just because I have so many fans in Japan, but because it's hard to watch a country struggle," Gaga told Us Weekly.

Popular group Arashi held a charity event, “Arashi no Wakuwaku Gakkou“, for disaster relief at the Tokyo Dome!
As tokyohive reported previously, each Arashi member became a “teacher” by turns and gave the “students” lectures, making the Tokyo Dome like a big classroom.

*the original post had the talk portion,they were Seoul with Eiji Wentz but alas Jpn companies and their no internet stance it got taken down,this just the performances most likely it will be gone soon too

so cute especially Seungyeon!I hope they get first or second on the Oricon!

V6 gave fans a taste of their new song “Takara no Ishi” over 20th Century’s radio show, allowing fans to hear the full song before its release as a single on August 24th!

Check out the full song below!

Here is a 45sec preview of the lead track off MISIA's tenth studio album SOUL QUEST!


SHAKING & CRYING AT THE SHEER AMAZINGNESS!!! 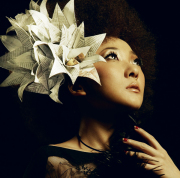 45 minutes of MISIA mixed by MURO

This is the B-side for Episode 0. It's pretty average imo, but it'a growing on me.

Your resident AAA spammer is back!

As part of their Buzz Communication Tour, AAA held two of their lives on the 25th and 26th of June in Saitama Super Arena.

And from their blogs + Twitter, it has been found out that there were quite a number of celebrities in the audience!!!

Among these celebrities in the 25th June Concert were AAA member Takahiro Nishijima's fellow Tumbling cast mates Daito Shunsuke, Yanagishita Tomo and Tamoto Soran. Daito Shunsuke had blogged about the concert in his blog and said he had coincidentally bumped into Tomo and Soran at the concert. Ahhh nice of them to go support Nissy. I feel the love.
ameblo.jp/daito-shunsuke/entry-10934454778.html

Also present in the audience was DiVA /AKB48 member Umeda Ayaka. After attending the concert, she had happily tweeted about AAA and even blogged about the concert as well. There was also a cute exchange of tweets between Umeda Ayaka and AAA's Misako Uno who are fans of each other.
twitter.com/#!/AyakaUmeda
blog48.livejournal.com/980543.html (Umeda's blog translation)

Another notable name in the audience was Dream Morning Musume member and former Momosu legendary leader, Nakazawa Yuko. She had blogged about attending and concert and meeting her friend, AAA's Misako Uno again. *How many friends does Misako have? she knows the whole world literally*
ameblo.jp/nakazawa-yuko/theme4-10011983389.html#main

And those are all I've found out. But still it's pretty awesome!!! YAY AAA . Glad you're getting some attention in the industry and support from your friends!! <3

In the cut, some picturess of the awesome people who went :3
Of those who posted pictures of course lol.
( Collapse )
Collapse