A recent survey on the Hallyu Wave in China shows KARA and Shojojidai ranking quite low. 3000 people were surveyed and surprisingly Jang Nara is #1.  Despite high popularity in Japan, Shojojidai only managed to secure the #5 spot. KARA, supposedly one of the most popular acts in Japan, was fared even worse, at #18 with just 2% of votes from those aged 15 - 24 and 1.6% overall. Watch the teaser here
credits: http://ryoinaction.livejournal.com/18245.html
TheKEIK0@YT
*i don't think so, but still hoping NEWS will sing the theme song.

First place went to Mukai Osamu after starring in the NHK morning drama ‘Gege no Nyoubo‘, along with his recent movie release, ‘Paradise Kiss‘. On top of that, he also had his first stage play, so Mukai is currently on a roll. In response to this result, Mukai commented, “I am so honored to be chosen by so many people. I will continue to devote myself to my work,” showing gratitude as well as his drive for the next half of the year.

Aside from his good looks, Mukai’s acting skills have been recognized by fans and critics alike. Mukai commented, “With my role in the taiga drama starting, I also have my first starring movie coming up in September. I will work harder than before.” After being scouted as a bartender, and now as one of the top actors in Japan today, you can’t keep your eye off of this ‘Cinderella Boy’.

Second place went to Okada Masaki, who is mainly active in movies now. Portraying different roles in movies such as ‘Akunin (Villain)‘ and ‘Kokuhaku (Confessions)‘, he has been recognized for his wide range in acting roles. He even won Outstanding Supporting Actor at the 34th Japan Academy Awards. With his good looks, he has the attention of the female fans, but “[his] presence in his works” captured the attention and support of many male fans as well.

Third place went to Mizobata Junpei, who currently stars in the second season of the drama ‘BOSS‘. On top of that, he had his movie ‘Koukou Debut‘ to prove that he is a worthy actor. A fan commented, “I see him on TV a lot and I feel his passion towards his acting“. With his passion for his acting and fun personality on variety shows, Mizobata Junpei will be an unstoppable force.

We can’t forget about the various child actors that have made a big impact in the first half of 2011. Suzuki Fuku from ‘Marumo no Okite‘ ranked in 7th place this year, and even before his starring role in ‘Marumo no Okite’, Suzuki has appeared in many movies and dramas, such as ‘The Golden Slumber‘ and ’Chonnmage Purin‘.

His history as an actor is quite long, but what skyrocketed this boy’s popularity was his cute and energetic ‘Marumori Dance‘ with co-star Ashida Mana, capturing the hearts of many.

Although half the year has passed, we can look forward to another good half in 2011 to see what these actors will bring to us next.

Check out the top 10 below and see if your favorite actor had their big break this year!

Don't know five or six,but this list seems right though I believe Okada Masaki should be first.
and Mukai Osamu can't act at al sol his success =/ 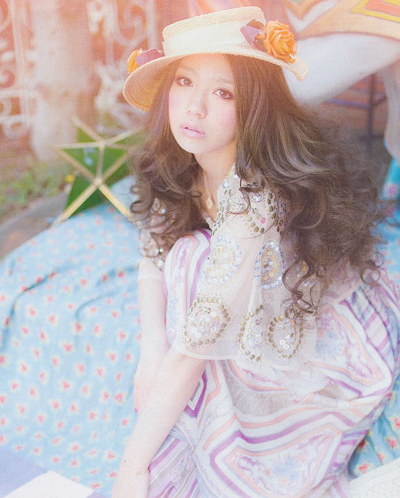 In promotion of the album, Kana will begin her national tour on July 29 in Saitama. The last date will be on September 8 at Tokyo Budoukan, a first for the singer. article about the charity event is here...

Mei, Miyu, and Yuri are still kinda incredibly terrible at high notes live, but I still love them anyway.

kinda good,I hope he reaches success,since I forever root on the nobodies 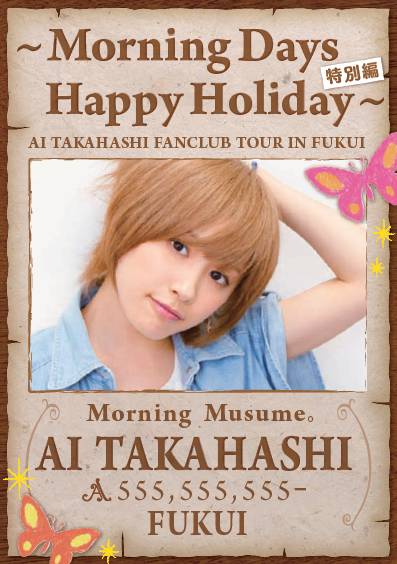 It has just been announced that Morning Musume’s Takahashi Ai will be holding a special bus tour!

Titled ‘~Morning Days Happy Holiday Tokubetsuhen~ Takahashi Ai Fan Club Tour in Fukui’, the exciting fan club event will be held in the prefecture where she grew up from September 23 through 25th. 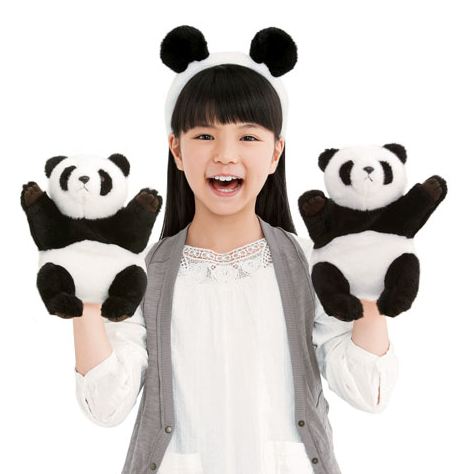 Adorable twelve-year-old talento Ohashi Nozomi is getting ready to release her second single, “Panda no Yume“!

“Panda no Yume” will become the first official song for Ueno Zoo, and it was decided by the Tokyo Sightseeing Committee as a way of bringing more tourists to the park. The zoo recently added two new pandas named Lili and Xinxin to their collection, so the song is a “panda welcoming” tune.

“I’m so happy that I can sing a song about my favorite (animal), pandas,” said Ohashi about her latest gig as a singer. “I‘d be so happy if a bunch of people came to see the pandas at Ueno Zoo after listening to this song and fell in love with the pandas!”

“Panda no Yume” will be released on July 27th, but fans can purchase the single as early as July 16th by attending Ueno’s summer festival, which will raise funds for the recovery of the Tohoku region. All proceeds from the single will be used to care for the pandas at the zoo.

The young actress is well-known for singing the theme song to the popular Studio Ghibli movie “Ponyo“, which gave her the chance to appear at Kohaku Uta Gassen in 2008.

Stay tuned for more information on her second single!

I'm surprised that we don't have a talent tag.

The ranking (billed as limited to new anime airing in 2011 proper, not that Index and company deigned to take any notice of this):
( Collapse )

Akimoto Yasushi will be producing a new group, 乃木坂46 (apparently they wont have a "NGZ46" abbrebiation or something like that, name is read as "Nogizaka Forthy Six"). As explained in the previous article, in difference with the other sister groups, this new group was created to be "AKB48's official rival".

Nogizaka46 is a project by Aki-p and Sony Music Japan. the reason why the number is 46 was also revealed, it means: "Even if we have less members than AKB48, we wont lose".

They are expecting to get around 20 members from the first generation, and from October they will start appearing in a Variety show from one of the most important tv channels (NTV, TBS, Aashi, etc). of course, an eventual CD Debut under Sony is also planned.

More information about the auditions will be revealed later on.

EDIT: Nogizaka46 official site is up and you can see HERE

Earlier this month it was announced that electropop singer-songwriter MEG would start a special project with iTunes France. She would be releasing digital singles exclusively via iTunes France for the next six months. All the songs will be covers of popular songs in both Japan and France. She started up with her first two digital singles "DISCOTHEQUE" (opening for anime ROSARIO+VAMPIRE originally performed by Mizuki Nana) and "Banana no Namida" (opening for anime High School! Kimengumi originally performed by Ushiroyubi Sasaregumi), both released on June 20th.

Now, MEG has revealed her next digital single! This time, it's a French song titled "Ma Mélissa", from French children's television program called "Les Minikeums". This also marks her second song that is fully in French, her first being "PARIS" from her 17th single. Check out the 2-minute preview below! The single is set for release on July 25th.

WEAVER has announced a new album titled “Jubilation” for August 24!

Jubilation will be released almost a year after their last album Shinsekai Souzouki Kouhen. The album contains the songs “Kimi no Tomodachi“, the graduation-themed “‘A’ ‘I’ wo Atsumete“, “Haruiro Graffiti“, and the song “Kibou no Tomoshibi”, which was written following the Tohoku earthquake.

The album comes in a Limited CD+DVD Edition and a regular CD-only version. The DVD includes footage from their Shibuya C.C. Lemon Hall live last April.

not all endorsements, just the ones with recent versions of cms and/or the making ofs....
Collapse