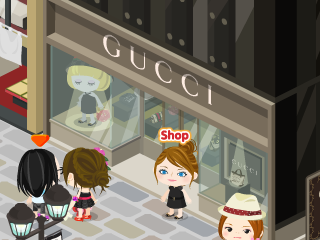 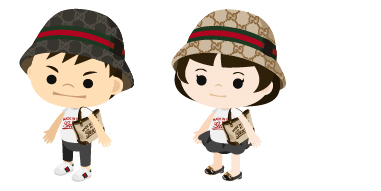 This collaboration’s planned period is limited until GUCCI’s 90th anniversary commemoration on October 17th. During this period, actual GUCCI items that have been sold until now are sold in the virtual currency “AmeGold”as a motif for virtual items used for avatars. Presently the items being sold are as follow:

WALK is truly magnificent. Performance kinda reminds me of Arashi's Beautiful days PV... And yeah, S.H.B! looks more blindingly flashier than ever, Ken was just trying to share his eternal youth to the group so... 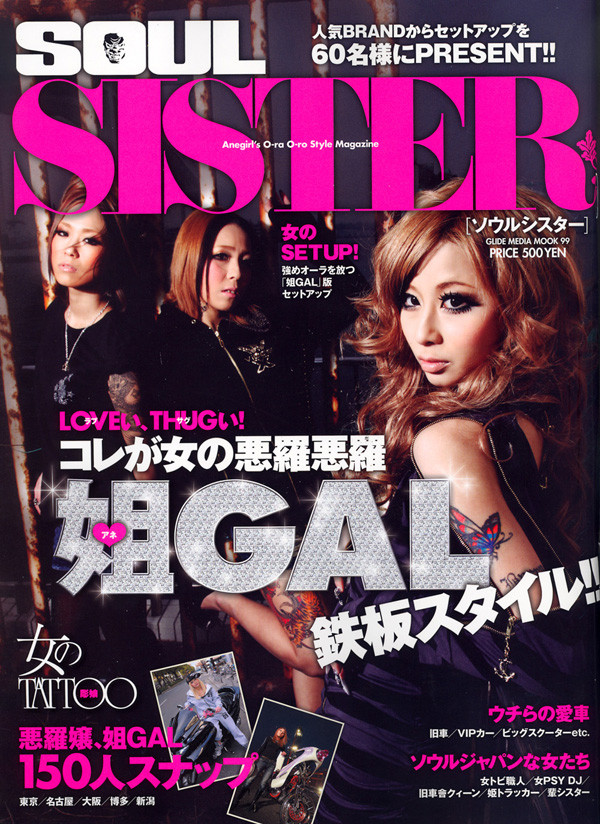 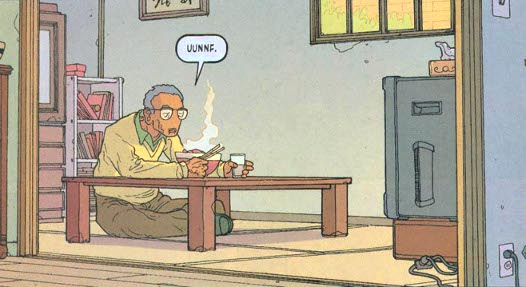 By Mark Schilling -The Japanese, once one of the most TV-addicted people on the planet, are drifting away from the tube -- forcing networks to scramble for other sources of revenue, from pic production, satellite services, Internet streaming sites and other new technologies.

Kis-My-Ft2 performed a concert at Tokyo Dome on Sunday night, singing more than 30 songs in front of a crowd of 55,000 fans, including their major label debut single “Everybody Go” that topped the charts earlier this month. They also announced that in 2012, they plan to embark on an Asia tour and a large-scale Japan tour.

At the moment, Kis-My-Ft2 plan to go to Korea, Taiwan, Hong Kong, Thailand, and Singapore during the first half of 2012. This will make them the first Johnny’s group to do a concert tour overseas in the year after their major label debut. Previously, Shonentai set the company record by holding an Asia tour in February 1988, just a little more than two years after their debut in December 1985.

After the Asia tour, they are considering a massive nationwide tour that will take them to all 47 prefectures for a total of 94 performances. If successful, that would be one of the biggest concert tours ever completed by a Johnny’s artist.

More details should be finalized in the coming months.

Hello! Project group S/mileage just updated their official website with new profile pictures for their upcoming single, “Tachiaagaru“! The single will be the first to include their new sub-members and also the first without Ogawa Saki, who graduated from S/mileage and Hello! Project recently. The remaining original members of S/mileage can be identified by their cute red and white outfitby their cute red and white outfit while the sub-mems are in pink.

source 2 they look flawless but...

On August 28th, Johnny’s Entertainment group Kis-My-Ft2 performed at the Tokyo Dome with great performances. This live concert attracted 55,000 people to famed venue and even was even provided with a large banner for this event, which is rarely done at this venue.   Kis-My-Ft2, who debuted with “Everybody Go” on the 10th, followed their seniors Tackey & Tsubasa’s and Hey! Say! JUMP!’s footsteps and became the fastest group to perform at Tokyo Dome with only 18 days after their debut. Member Kitayama Hiromitsu (25) said, “This is not the strength of just us. I would like to thank wholeheartedly to our fans and staffs.” Fujigaya Taisuke (24) stated, “It is because of our fans that we are here. It is because of us that everyone is here. I want to be part of that kind of group,” and talked about his aspirations as a group unit. At this venue, they performed a total of 34 songs including a triple encore along with nine outfits to go with it.   They also gave their roller skating medley and even performed Hikaru GENJI’s “Paradise Ginga” and “Taiyou ga Ippai”, the songs from their great senior group. It was a concert that was full of past and present.


source
soon they'll be rollerskating all over your favs

All Hello! Project stars are going to release a new single under the group name "Mobekimasu" this fall.

The single is titled "Busu ni Naranai Tetsugaku" and will come out on 11/16 in 7 editions: the usual Regular Edition and Limited A, B, C, D, E and F, which will each respectively feature a c/w a song by a different group, and all of the editions (including regular) come with a special ticket for a handshake and live event.

The name is formed after Morning Musume, Berryz Koubou, Kiuto (C-ute), Mano Erina and Sumaireji (S/mileage). The name was first used for a H!P Summer tour in 2010. Althought they're not part of the name, the Haro!Pro Eggs will also participate. There was no mention weither the 10th generation members will be participating in this single as a part of Momusu or not (although they should have entered the group by then). Ai-chan won’t be in this release but the new S/mileage sub-members will take part in it.

The only precedent of an All Stars single in H!P dates back in 2004 with the single "All for One and One for all" which sold 61K. The difference is that the Eggs didn't participate in this one, and that they're now going with the name "Mobekimasu" instead of continuing with "All Stars". Back then the single only had a Regular and a Limited edition, while now it was 7 editions with 6 c/ws.

Seems to me like an attempt to get everyone at Kouhaku

TVXQ put on the ending performance for Avex’s A-Nation concert in Tokyo, which shocked both the media and concert goers.

For the past 8 years, Avex’s Queen pop artist, Hamasaki Ayumi closed the concerts by putting on the ending performance, but this year TVXQ was chosen. Being chosen as Avex A-Nation’s ACE is a huge deal, and the media went abuzz about how it was the climax of TVXQ’s career.

The concert took place on the 27th and although it was originally announced that Hamasaki Ayumi would be ending the show, since it was A-Nation’s 10th year celebratory concert, they wanted to shock the fans, hence TVXQ took the honor of closing the show.

i'm not even a huge ayumi fan but wtf is this? and on the 10th anniversary?! what does this mean?

A new collaboration single has been announced for Berryz Koubou and C-ute under the unit name "Berikyuu" titled “Amazuppai Haru ni Sakurasaku” to be released on 11/9.

The single will come in 6 editions: 3 for Berryz (distributed by Piccolo Town), 3 for C-ute (by Zetima). The editions are Regular, Limited A (with DVD) and Limited B (with event ticket). Each group will have a different MV and a different c/w.

It will be the ending theme for the movie "Ousama Game" (King Game), based on the popular cell-phone novel of the same name. Both groups have a joint tour this Fall, the Berryz Koubou & C-ute Nakayoshi Battle Fall Concert Tour 2011~Berikyuu Island~.

On August 27th, avex soloist Goto Maki appeared at the label’s annual summer concert “a-nation“, where she thanked her fans for their support throughout her long career. The performance on the 27th was a special one for Goto Maki fans, as it was her final ‘a-nation’ concert after four years in a row.

“To all the fans who have supported me ’til now, and to everyone I met with at a-nation, really, thank you very much!” she said to the crowd. Goto Maki continued with the announcement, “Many of you may already know, but I, Goto Maki, have had a full year and will be taking a long break beginning in January of next year.” “But, even though I’m saying this, there are still several months left until my last [live] in December. Since I hope I can run through it Goto Maki-style with all the strength I have, please cheer me on!”

This year, the music event celebrated its 10th anniversary. The first concert was held in Ehime on July 30th, followed by subsequent concerts in Fukuoka, Aichi, Osaka, and Tokyo (which held a final two-day live).  Five Ito-Yokado stores in three different prefectures affected by March’s Tohoku disaster provided free viewing of the Tokyo lives, while money earned by the sale of tickets and goods were donated entirely to charity.

Notice that she said "long break" instead of "retirement"!!

The group is signed under Vision Factory, the same label that houses artists like Amuro Namie (33) and SPEED. All comprised of middle school students, they were named after their “fairy-like” dancing skills, which they brought out  full force at their Kansai live.

The girls performed “More Kiss” (which is to go on sale on September 21st), and charmed their audience of 2,000.

Osaka-born member Fujita Miria (13) smiled as she said “I am happy that I was able to do a performance in my home town.  Both of my parents came to watch me.” Meanwhile, members Ito Momoka (13) and Inoue Rikako expressed how touched they felt by Osaka’s enthusiastic reception, as they said, “Everyone is very cheerful and we felt their warmth.”

( Collapse )
Source: hrch110826alive, kpoppresent
I prefer AKB's outfits on Music Station tbh...
When I saw the lineup for today's Music Japan, I mistook it for Inkigayo for a moment... Oh well,