On September 22nd, Japan’s Sankei Sports reported that 2PM's Junsu will be working with Japanese R&B artist DOUBLE for the very first time.

Junsu will be using his solo name ‘Jun. K‘ for his featuring in DOUBLE’s newest track, “Count 3″. The song will be included in her upcoming album, “Woman“, scheduled for release on October 5th.

DOUBLE had previously thought of retiring from the industry after having to go on hiatus in 2009 for gastroenteritis.  She said she refueled her creativity after listening to K-Pop and was moved by 2PM’s vocal and performance style, which is why she approached Junsu to work with her for her comeback as a singer.

Junsu stated, “She helped me get comfortable, and thanks to her, I feel like we made something great.” Double stated, “He’s a very positive and respectful person.  Very caring, a true gentleman.”
Source

Japan should feel so lucky rn! Actress Hirosue Ryoko has been added to the cast of the upcoming drama series “11 Nin mo Iru!,” which was announced earlier this month. This will be her first time to appear in a drama written by popular screenwriter Kudo Kankuro.

“11 Nin mo Iru!” is a comedic home drama about the Sanada family, consisting of a jobless father (Tanabe Seiichi), a domestic mother (Mitsuura Yasuko), and 8 children. Kamiki Ryunosuke stars as the eldest son, who helps support the family through his part-time jobs. Kato Seishiro plays the youngest child Saigo, who is the only one who can see the “11th member of the family” – a ghost named Megumi. Hirosue plays the part of Megumi, a former stripper who was also the former wife of Minoru (Tanabe) before she passed away at the age of 30. She was the real mother of all of the Sanada children besides Saigo. Unlike the Sanada family’s current mother – whose name is also Megumi, but written differently – she loves to drink, acts wildly, and is full of pride. Now as a ghost, she tries to get involved in the family’s matters using Saigo as her proxy, leading to comical results.

It has also been announced that the show’s theme song will be “Bicycle,” a new tune by rock band NICO Touches the Walls.

As the image character for this company, she’ll be featured in their new CM along with mangaka and talento Ebisu Yoshikazu (63). Commenting on his co-star, Ebisu stated, “Among the many people I’ve met before, she’s the prettiest girl I have ever seen.” Charmingly, he looked embarrassed by his own comment.

Sasaki returned the compliments with her own, saying, “Just like my first impression, Ebisu-san is a sociable and kind person.”

This is her first press event ever since dating rumors connecting Sasaki to Arashi’s Ninomiya Kazunari (28) surfaced back in May. The reporters couldn’t help but ask, “Do you call that person in the idol group?” She replied coldly, “No. No, I don’t.” Although her facial expression at this time was very stiff, reporters continued, “Is your relationship doing well?”. Sasaki gave no response to the question. 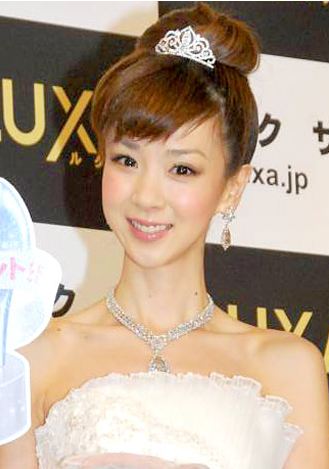 Hoshino and Miura met back in spring of 2009, and began their relationship in June of that same year. This will be a first marriage for both stars.

YG Entertainment's solo artist Gummy will be having her Japanese debut with the release of a mini album this November. The mini album has the same name as her last Korean release, and will feature the help of labelmate and Big Bang member TOP for the track "I'm Sorry".

Next to "I'm Sorry" and a Japanese version of "A Moment to Remember" OST song "I Want to Forget"; the release has another four tracks. An extra DVD is also set to come with the mini album.

Gummy was revealed to have been nervous about her Japanese debut, and was quoted saying "I've dreamed of debuting in Japan for so long", as well as "I hope I can reach many people through my music and singing. Please look forward to my music."

Gummy debuted under YG Entertainment in 2003 and was known as the "queen of tie-ins" because of her many OST songs. Her name, which literally means spider, was chosen in order for the singer to be able to captivate people in her web of music.

The mini album will be released through YGEX, the joint label of AVEX and YG, on November 9th. Women grow into a driving force for online gaming

Like many young women, Takako Suzuki says the
first thing she does most days is think about who her next boyfriend
should be. Her choices: a cute millionaire, a butler or a samurai.

Whether playing the role of a teenager who
fantasizes about her five rich housemates or flirting with a civil-war
warrior, Suzuki says she can't get enough of "otome" Japanese romance
games geared toward women.

The Foreign Ministry is planning to invite
prominent users of social networking sites to tour the devastated
northeast as part of its efforts to rebuild Japan's image overseas
following the March disasters and nuclear crisis.

Around 15 foreign bloggers and users of SNS sites
such as Facebook and Twitter will be invited to tour prefectures
devastated by the March 11 quake and tsunami, a Foreign Ministry
official said Wednesday.

Where can I sign up for this?! Seriously, I use FB and Twitter and I've never seen this? :3 *googling so hard now*
Got the links, now all we have to do is wait ? World stage: Klaus Schwab, founder and executive
chairman of the World Economic Forum, introduces Japanese students from
disaster-hit areas at a reception hosted by the Japanese government at
the "Summer Davos" in Dalian, China, on Sept. 14.
PRIME MINISTER'S OFFICE

Seven students from disaster-hit areas in the Tohoku region were invited to the three-day "Summer Davos" organized by the World Economic Forum, where they recounted their stories. The forum is named after the WEF's more famous conference held in Davos, Switzerland, every January.

I wanted to higlight some, but nah. Read the whole thing, guys. It's really worth your time :)

The last ranking for Karaoke songs gave to AKB48 another record.
According to Oricon, in 17 years since the creation of karaoke songs ranking, it's the first time that songs from the same artist ranked First, Second and Third place in the same ranking.
Since the creation, many artists, such as Morning Musume (1998), Namie Amuro (1996), Glay (1998) and others, was topped or get two songs in ranking (not consecutive), but AKB48 is the first artist to have three consecutive songs topping the ranking.
Weekly karaoke song Actress Amami Yuki will be voice acting for the Japanese dubbed version of the Hollywood movie, “Real Steel“. She will be in charge of the voice for ‘Bailey Tallet‘, originally played by actress Evangeline Lilly.

CHOCOLATE- off her upcoming album 8EIGHT8

Music industry insiders comment on who they believe exhibites the most courtesy and most douchebaggery out of all the JE boys. Just leaving this here.
( Collapse )
source
Choscandalous 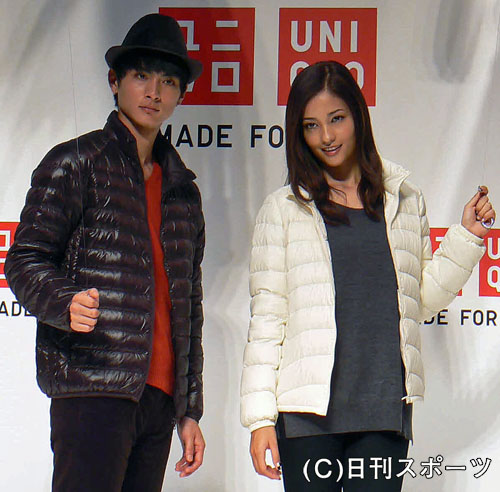 The two appeared at this event wearing the new product, and when asked who they would want to wear this with, Kuroki answered, “Since he is next to me, it’s good enough for me today,” and showed a smile to Kora.

When she was asked for her opinions on Hoshino Aki’s and Miura Kousei’s marriage, “I thought they were already engaged. Since I have an older sister who is also married and have kids, I am satisfied with that. It may be a warning sign,” thus showing no plans of marriage as for now.