Vision Factory has announced the full details for Namie Amuro's new single. Her second double a-side of the year will include a brand new dance song entitled, "Sit!Stay!Wait!Down!" produced by T.Kura and michico. The R&B production team otherwise known as Giant Swing, hasn't worked with Namie since her 2009 album, "PAST < FUTURE." It is currently being used as the opening theme song to the drama, Watashi ga Renai Dekinai Riyuu. The second a-side is an adult ballad entitled "Love Story" and is also currently being used as the ending theme song to the same drama. The production team of NERVO & T-SK announced on their twitter accounts today that they are the producers behind "Love Story."

You can hear a preview for each song below:

As we revealed earlier, FNC Music's Juniel will be releasing a new Japanese single in the beginning of November. After releasing two indie mini albums, "Ready go!" in April and "Dream&Hope" in July, the young artist will be releasing her first major single on November 2nd.

"Forever," together with 2 b-sides and an instrumental, will be released on November 2nd and will mark her major debut under Warner Music, the label that just recently signed a major contract with CNBLUE and also has labelmates FT Island.

Just a few days ago, FNC Music revealed a teaser for the track's music video through the singer's official YouTube page.

The email newsletter for Kodansha's Comic Plus members revealed on Wednesday that a film adaptation ofHiro Mashima's Fairy Tail manga will open next August.

I'm scared while at the same time excited. Cause ya know live action movie+manga=AWESOME! doesn't happen often. Let's see how it goes.

Akihabara Hit-And-Run/Stabbings Made Into Film 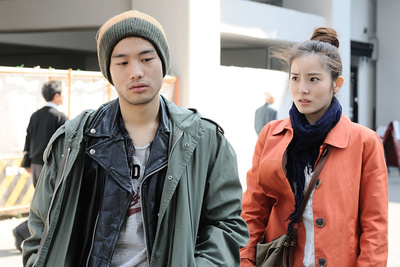 The June 2008 hit-and-run and stabbing rampage in Tokyo's otaku shopping district of Akihabara (Akiba) is being made into a film for release next March. 20-year-old Misako Renbutsu is starring in the 89-minute film River, the first to be made of this incident during which seven people were killed and 10 more were injured. Ryūichi Hiroki is directing. Renbutsu will play a woman who lost her otaku love interest in the attack.

the fuck did i just read KESENNUMA, Miyagi -- On a Sunday afternoon over half a year after the Great East Japan Earthquake and tsunami devastated towns on March 11, local residents visiting a makeshift bookstore here were picking up books with an eager look.
The sight of the tented bookstore would have been something unimaginable before the deadly quake and tsunami hit Kesennuma, which had hosted a burgeoning large-scale bookstore.

Mitsuho Chida, 73, president of an auto dealer in Kesennuma, had opened in the city a franchise of nationwide bookstore chain Miyawaki Shoten in 1997. His 70-year-old wife, Koko, served as management representative of the franchise. The 1,000-square-meter bookstore, established in a harbor district, attracted an average of 1,000 customers a day and racked up some 400 million yen in annual sales. "I want to contribute to the development of this town," thought Chida.

I hope they will get a better place before the winter come. I admire the Chida's and the local people passion to read. I'm glad that reading helps somehow  :)


It has become a regular report from Japan. Consumer and Economic Division of Fukuoka Prefectural Police announced that by October 16 they have arrested six men (age 31-46), including a 36-year-old part time worker from Yao-city, Osaka, on suspicion of using Share file-sharing software to upload 42 manga/anime/game items to the internet without the permission from the copyright holders from April 2010 to May 2011.

One of the items the report mentioned is Eiichiro Oda's super popular manga ONE PIECE. The gross amount of the loss was 4,400,000 yen (approximately US$57,254). All suspects have admitted their guilty and testified to the police, "We want to spread our favorite manga." Did they really need to spread ONE PIECE, the best-selling manga ever in Japan, to the people even more? What's your thought? 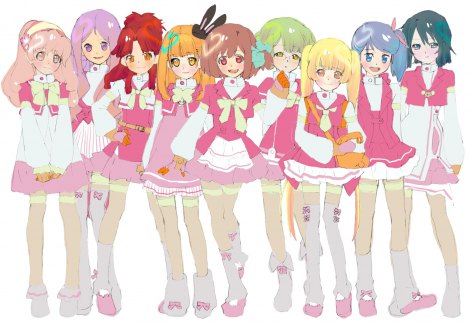 Idol group AKB48 will have their first television anime next spring, it has been revealed. The story will revolve around 9 young girls aiming to become “legendary idols,” modeled after the Top 8 selection in AKB48′s general elections. The voice actresses for the 9 protagonists will be chosen through audition from the approximately 200 girls in AKB48 and their related groups.

Kawamori Shoji of “Macross” fame wrote the original draft and is serving as general director. AKB48 producer Akimoto Yasushi is in charge of planning and supervising. Okada Mari (“Ano Hi Mita Hana no Namae wo Bokutachi wa Mada Shiranai,” “Gosick,” “Fractale”) is handling the series composition and the script.

The first round of audition for the voice actresses will narrow down the field of 200 to 30 candidates, to be announced through a special website in mid-November. The final selection will be done through a publicly held audition in Tokyo.

The 9 winning members will not only voice the characters in the anime series, but they will also sing the show’s theme song.

The series is planned to start airing next spring, though the show’s title and the broadcasting station have not yet been announced. A comic version based on the original draft is also being considered, to be published by Kodansha.

Kimura plays the role of geologist ‘Kuramochi Takeshi’, who risks his life in an Antarctic expedition with his team and Sakhalin huskies. Meanwhile, Ayase Haruka plays Kuramochi’s sister-in-law ’Takaoka Miyuki’. This is the first time in two years since Kimura and Ayase have teamed up in a drama.

In the first episode, observation plans for the Antarctic expedition has officially started; however, in Japan, there are no icebreakers to break the Antarctic ice. At such times, a plan to build a ‘Souya (icebreaker)’ called “Souya no Fune” is proposed. Although the building of the ship starts with the help of the designer of ‘Battleship Yamato’, there is only 10 months before their Antarctic departure. While all this is happening, the members of the Antarctic expedition team are selected, and Kuramochi, who has been training Sakhalian huskies, is faced with an unforeseen event.

Congrats to the Nankyoku Tairiki team! \o/ A solid start, as expected, especially for a movie-length first episode. I hope ratings remain stable, and I for one am looking forward to see how it progresses. The movie adaptations don't have time to delve into the story beyond the expedition itself, so I think it's interesting that we'll get a whole drama-length story. Once again, TBS doesn't let us down with their epic anniversary dramas~ ♥ 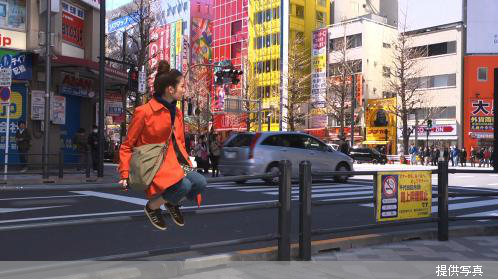 A scene from RIVER. Renbutsu Misako surveys the intersection where the actual "Akihabara Massacre" took place.

The "Akihabara Massacre" which took place in Tokyo's Akihabara district in June of 2008 and resulted in 17 casualties (7 dead, 10 injured) will be adapted into a movie.

With Renbutsu Misako (20) starring and Hiroki Ryuichi directing, "RIVER" will be releasing in March of next year as the first theatrical work to ever to deal with this incident. Playing the role of a girl who has lost her lover, Renbutsu speaks of a sense of growth with regards to the contents that reference the actual incident.

Renbutsu plays the role of a woman who lost her "Appliance Geek" lover in the incident. Though she has suffered a great shock, this movie depicts how she recovers through her relationships with other people. More so than the gruesome incident itself, it focuses on the heartbreak of losing a loved one.

Hiroki Ryuichi, who had directed Yomei Ikkagetsu no Hanayome (2009) among others, spoke of his intentions behind planning and even working with the script: "Even though it was such a shocking incident, there are fewer and fewer people talking about it as time passes. I wanted to eternalize it by turning it into a movie."


Reactions from netizens on 2ch and Twitter have been overwhelmingly negative, ranging mostly from shock to disgust, anger and derision. Some believe it's too soon for the incident to be used this way, others think it's crazy, still more are wondering why the massacre has to be used at all as the basis of this movie. For more information about the massacre, this is the original Reuters article. Kato was sentenced to death this March, and he filed for an appeal a week later.

Sorry for the double post, but I figured I might as well share this anyway since I included some things not mentioned in the ANN article.

AKB48’s Shinoda Mariko has been revealed as a new cast member in the upcoming “Ouran High School Host Club” live-action movie, which was first announced in August with the same main cast as the drama series.

Based on the popular manga of the same name by Hatori Bisco, the live-action television adaptation aired this past summer, starring Kawaguchi Haruna and Yamamoto Yusuke. Like the original manga, the story revolves around an ordinary girl named Fujioka Haruhi at a prestigious high school who ends up involved with an unusual group of male students who have formed their own club as hosts.

Shinoda will play a half-Japanese character named Michelle, the daughter of a major corporation in Asia who moves from Singapore to Japan for a short study-abroad term. While Shinoda is typically known for her short straight hair, her character will have long curled hair. Other highlights of her character include some English lines and various costume scenes.

On October 17th, AKB48’s Oshima Yuko was thrown a surprise birthday party for her 23rd birthday at Fuji TV headquarters in Odaiba, Tokyo. As AKB48’s birthday song, “Namida Surprise!” played in the background, her co-stars from her fall drama “Watashi ga Renai Dekinai Riyuu” greeted her to this surprise event. This included actress Karina, Yoshitaka Yuriko, and other staff members at this celebration. While being escorted towards the cake, Oshima commented, “I am so happy! I really didn’t expect this,” showing her shocked expression to the camera. Regarding her goals as a 23-years-old, “Since the 22-years-old me was known as AKB48’s Oshima Yuko, the 23-years-old me will possibly get closer to my dreams as an actress,” and told of her aspirations as her tears flowed down her face.