SHINee's
Japanese label revealed the release of the group's first ever Japanese
album through their own website. The album, fittingly titled "THE FIRST",
will include SHINee's previously released Japanese singles starting
from the first one, "Replay -You Are My Everything-", till the third,
"Lucifer".

"THE FIRST" will include 12 songs and will be
released in a regular version, a limited, and a special limited box
version. The regular version includes a CD as well as a 44-page photo
booklet and an extra bonus track called "Stranger", which is an OST song
for the drama "Stranger6".

The limited version comes with
a 2012 desk calendar and a 68-page photobook with pictures from their
stay in London from earlier this year. This version also includes a DVD
with "JAPAN DEBUT PREMIUM RECEPTION DIGEST MOVIE in JAPAN & LONDON"
footage.

The box version comes with an 88-page booklet, a
limited edition button, a deluxe CD, DVD and calendar. The box also
comes a voucher to download a full MP3 version of the album, a "JAPAN
DEBUT PREMIUM RECEPTION DIGEST MOVIE in JAPAN" DVD and jacket shooting
footage.

source 2
The boys tackle a ‘Jumanji-esque’ theme, where they have to complete a variety of fun challenges in a ‘Puzzle Adventure Land’. The boys duel against a skeleton, sing on top of gigantic dice, ‘escape’, and much more. Check out their adorable PV preview below!

J Soul Brothers is back with a gorgeous R&B ballad that’s perfect for the Fall season!

They released a short PV through YouTube today, and fans are already swooning over their suave charm. We definitely can’t wait to see these guys perform live on music programs again, but until then, check out the PV below!

Omg, she can do no wrong, this song is perfection.

Rock band L’Arc~en~Ciel has announced that they will be holding a world tour in 2012!

Titled “L’Arc~en~Ciel WORLD TOUR 2012“, the tour will kick off on March 3rd in Hong Kong. The band will then travel to Bangkok, Shanghai, Taipei, New York, London, and Paris, for a total of 7 performances.

The band is expected to perform for approximately 100,000 people for this tour. They will become the first Japanese artist to perform at Madison Square Garden in New York.

More dates are to be announced at a later date.
Check out the tour schedule below! 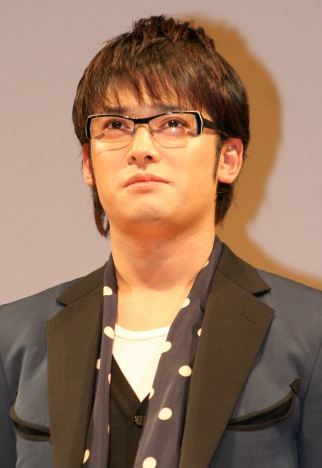 The media is reporting that actor Takaoka Sosuke launched a new agency called “NO WHERE” about two months ago. Takaoka left his original agency earlier this summer after making some controversial tweets about the ‘Hallyu Wave’.

On October 17th, Takaoka sent out a fax to numerous media outlets, apologizing once again for the trouble he’s caused. He started the letter with, “I am very sorry for creating a stir with my remarks.” He then continued, “I will refrain from making any remarks online. I also want to mature enough to be able to communicate from the heart while speaking eye-to-eye.”

From time to time, Takaoka tweeted about his relationship with his wife, actress Miyazaki Aoi. However, in the fax, he declared, “I can’t make remarks about my private life hereafter.”

According to the agency, Takaoka is eager to resume his acting career. He is scheduled to make his comeback through the stage play, “Kinkakuji“, on January 27th. Takaoka explained, “I have a few movie offers, so please watch over me warmly.” (source)

good luck to him!

soundcloud
kodakuminet (if takes too long to load or w/e just go to her site,there is a player)

Actress Sawajiri Erika attended a Snicker’s CM announcement event on October 17th in Tokyo. With the reporters shooting her questions regarding her divorce with filmmaker Takashiro Tsuyoshi, she managed to avoid the press’ pressure to respond.

This latest endorsement will feature a boy playing soccer and changing into grouchy “Erika-sama”, due to his hunger. On the soccer field, this actress kicks the ball with attitude in this comedic CM.

Sawajiri, who is known for her queen-like personality, was able to implement such a character in this CM and said, “I thought, ‘Finally, I was offered with this kind of job.’ I believe the endorsement’s clear-cut solution was pretty good,” and was purely delighted for this CM.

After this event, the press bombarded her with questions of her divorce but she did not answer any of their inquiries and walked her way through while playfully whistling as a way to warn the reporters to not question her any further.

**MODS** please reject my last post! this has more information! Popular Korean actress Kim Tae-hee is in the middle of a heated, Dokdo-related controversy in Japan.

Recently, the actress was cast as the main character on Japanese TV drama “99 Days with a Star,” the first episode of which will air this Sunday in Japan.

Last Sunday, a group of netizens took to the streets to demand that Fuji TV, the network showing the series, remove Kim from the show because she is “anti-Japan.” The protesters shouted that it is unthinkable for a Japanese TV network to hire an anti-Japan actress from Korea.

The group even posted a YouTube video showing a clip from a Japanese TV station in which netizens protest against the actress.

The netizens’ attack on the actress stems from her comments that the Dokdo islets are Korean territory, not Japanese. In 2005, Kim and her brother were featured on a TV program that showed them visiting Switzerland. On the program, she is shown wearing a pro-Korea Dokdo campaign T-shirt and distributing related CDs to locals.

The Fuji TV drama series, which stars Kim and 2PM member Taecyeon, centers on a secret affair between a high-profile Korean celebrity and a Japanese bodyguard.

i'm liking the song more, but the song doesn't seem to stand out much....
I luv her outfit<3 KAMAISHI, Iwate--Floodgates that can be remotely operated could make the difference between life and death for volunteer firefighters and others involved in rescue operations.

More than 70 firefighters were killed or went missing during the March 11 tsunami, after heading toward the sea to close floodgates. Although volunteer firefighters are classified as temporary local government employees assigned to special government services, they are basically everyday civilians.

Ok, for those who tl; dr,  these volunteer firefighters risked their life to close the floodgates to lessen the damage from the tsunami. Some worked, some didn't. Further reading here and here

Sometimes its difficult to stay awake in class/office during the after lunch hours so you might need a cuppa to help perk you up.

In the latest WONDA Coffee CM, the AKB48 members (Maeda Atsuko, Takahashi Minami and Oshima Yuko) try their best effort to help their boss stay awake. So which type would appeal to you?

So Arama favourite song off 8EIGHT8?