I think this record will be hard to break. I'll be turning 80 soon but this is a record that I've spent all those years making. Entertaining others while entertaining yourself, that is "Show business". As such, I want to continue on having fun forever.

――Inspiration to join show business was

Having grown up in Los Angeles because of my father's job, I got to see many shows and musicals from very young. In my early teens, Hattori Ryoichi and Misora Hibari came to perform (in the States) and I was tasked as interpreter. We would make bromides and sell them and they would just fly off the shelves. Still being a child but having the trust of everyone, that was the point where I decided I wanted to enter the entertainment industry.

I don't know about you but I find this interview very interesting. It's revealing about how Johnny thinks.

"They call it the "Ikemen Boom", but there aren't any boys in Johnny's that are just there because they are good looking." Well I guess the other boys can't say anymore that "Elite" MatsuJun was only chosen because of his face XD    And can someone say "ouch!" for Matchy?
( Collapse )

If you can read Japanese, some of the reviews can be found here:

Berro is too adorable!

It was announced on popular show 「SMAP×SMAP」's website that, starting on October 31, a new corner would be added. The new corner, 「Ganbare Johnny's！」would feature Kimura & Kusanagi, Inagaki & Katori split into teams along with members of Johnny's Jrs and new units.  "CD debuts will be put on the line as they compete in challenging, physical games".

I'm looking forward to seeing this. It promises some funny moments. But I wonder what they mean by "CD debuts will be put on the line"... There's no way they'd give the group that wins each week a debut. Could you imagine?? A debut every week or month?!?

On October 22nd, an audio-rip of  7-member group AAA’s 30th single, “Charge & Go” was released! This upcoming single is set for release on November 16th.  It will also be the 2011 campaign song for Morinaga’s energy drink “Weider in Jelly“.Listen to their winter-themed single below!

In the recent Asia’s Most Beautiful Faces Poll conducted by GMA Asianovelas, Matsumoto Jun managed to pulled the most votes for the male category, being the only Japanese in the Top 10. Over 30,000+ people voted in this poll.


Edit: Arama, I hope you know that it's not an official poll. I only posted it for the LOLs and.....the obvious biasness in the results LOL 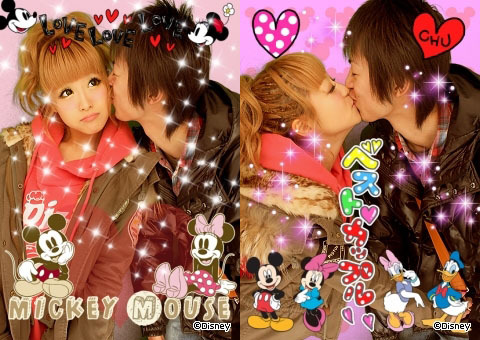 It’s been a while since goo Ranking has published back-to-back a paired survey, so I am pleased to present what people in relationships make effort to do in order to prevent their partner getting bored with them, for both men and women.

When dating, I like to think that I did the first four for men.

Kiriya Hiromu, an otokoyaku and top star of the Takarazuka Revue’s Moon Troupe, will retire from the company in April 2012. A press conference is expected to be held on Tuesday, October 25.

Kiriya made her stage debut with the revue in 1994. She was assigned to the Flower Troupe in 1995, and the following year she played the starring role in the Shinjin Kouen. She was transferred to the Moon Troupe in 1997, and she became one of the top stars in 2009.

Kiriya’s final performances with the Takarazuka Revue will be in “Edward VIII” and “Misty Station,” which will run from February to April 2012. The plays will have their closing performances on April 22 in Tokyo.