It’s been revealed that Shonan no Kaze’s RED RICE will be making his acting debut with the drama, “11 Nin mo Iru!“.
RED RICE will play the role of ‘Sam’, a former motorcycle gang leader who is in a love triangle with the main character (played by Kamiki Ryunosuke) and the heroine ‘Soara’ (Nomura Masumi). He stated, “I feel this is an important opportunity to show my possibilities. I am excited.”
“11 Nin mo Iru” is a comedic home drama about a poor family which consists of an unemployed father (Tanabe Seiichi), a stay-at-home mother (Mitsuura Yasuko), and eight children. A ghost (Hirosue Ryoko), who can only be seen by the youngest son Saigo (Kato Seishiro), joins the family and creates unexpected situations.
Regarding this challenge, RED RICE positively expressed, “I feel the pressure of challenging myself to a new job field, and I know there will be painful things. However, I feel that it will take my lyric writing in a positive direction. I also feel that it will be a big thing for both myself and Shonan no Kaze. I hope to discover a new side of myself through this experience“.

source: Tokyohive
---
I can't wait for the next episode... This drama is soooo freaking funny! XD 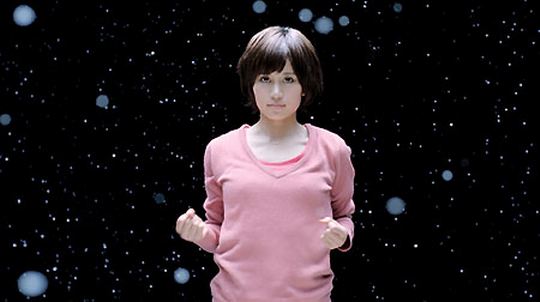 It’s been revealed that AKB48’s Maeda Atsuko will be starring in the CM for casual fashion brand, “g.u.“, once again.

In her new CM (titled “SNOW KARATE”), Maeda sports the brand’s winter inner wear called “Warm Style”. Using karate, she crushes the snowballs that comes flying from all directions, one after another.

After the CM shoot, Maeda shared that she regularly wears the “Warm Style”. When asked what warms her heart, she answered, “My family and the members of AKB48. Also, I own many pets. I have six dogs and one mouse; they’re all warm. When I come home late, they wake up and jump on me. That warms my heart.”

Additionally, Maeda will take part in the coming-of-age ceremony in January. She commented, “I want to be a free and mature woman. I want to do things at my own pace without causing trouble to anyone around me.”

The CM will air nationwide from October 31st until November 6th.

This letter was drafted by the Ministry of Foreign Affairs to thank those artists who participated in the music festival for their significant contributions to the cultural exchange between Japan and Vietnam. The Minister for Foreign Affairs was originally supposed to hand out the documents, however the Chief Cabinet Secretary did it instead due to scheduling conflicts.

As the group’s representative, EXILE’s HIRO said, “We are thankful to receive this honored letter. We will continue to try our best through entertainment. Also, I truly respect Sugi-san’s great feat.”

After the ceremony, AKB48’s Takahashi Minami commented, “I don’t think I will get another opportunity to visit this place [the prime minister's official residence] in my entire life. I’m honored to receive this wonderful prize.” She continued with a smile, “I was very nervous.” Koda Kumi also said, “This is like a dream. Thank you very much.” 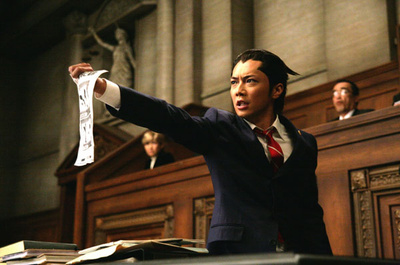 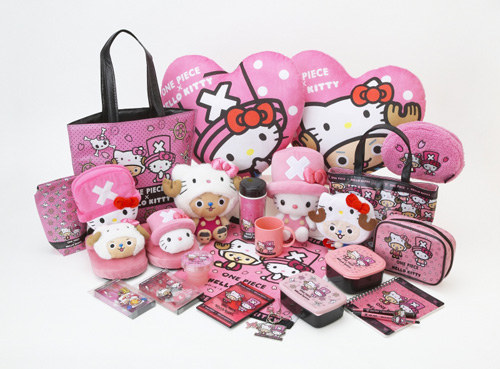 The brand maker Sanrio previewed the first wave of the One Piece x Hello Kitty series of collaborative goods on Thursday. The series was originally announced in August, and the first 29 items — which range from 399-yen (about US$5.30) clear files to 3,465-yen (US$45.70) T-shirts — will launch on November 3. The concept of this collaboration has Chopper and the other characters from One Piece coming "to play in the world of Hello Kitty."

need those plushies and if they have amazing designs for more bags... omfg

The character goods maker and retailer Chara-Ani will release boxer briefs for the characters Madoka and Mami from the Puella Magi Madoka Magica anime series in mid-December.

The clothing maker Kokka is using 95% cotton and 5% polyurethane for the briefs, and the briefs come in Japanese sizes M, L, and LL. Each pair will have a standard retail price of 2,100 yen (about US$28).

Chara-Ani is limiting each customer from buying more than 10 pairs. A granddaughter of the Japanese Emperor, Akihito, danced to the music of Girls’ Generation, one of the most popular K-pop groups. This has caused controversy as some Japanese have recently shown extreme right-wing views toward Hallyu, or Korean wave, in the country.

Gako, 17, gave a performance last fall in her high school, copying the choreography of "Oh!," a hit song of the group’s second album released at the beginning of 2010. One of the local media reported her dancing in a newspaper with a picture, titled “She is a real dancing queen,” which was the first time when the controversy ignited among the netizens there about whether she really danced to the K-pop or not,

Although there have been a lot of arguments among them online, the dispute ended as another local media confirmed that she really did.

“She didn’t have to imitate Korean girl group,” “We can’t accept the Emperor system in the situation like that” and “The imperial family is really connected to Korean as I expected” are a few of comments from the Japanese netizens, expressing anti-Korean sentiment. Some netizens, however, have said that it is good to see she is not really different from normal people.

Korean netizens have also responded to them in various ways. “The granddaughter of the Emperor has made its citizens more upset toward the Korean wave,” “Extreme rightists who are loyal to their Emperor would be very embarrassed,” “How humane the royal offspring is” and “Would it be the same if the song was not K-pop?” are several of comments from them.

Voice actress Aya Hirano reported on Thursday that she picked up new roles as a series regular on four different programs.

Hirano had said in April that she was under orders that prohibited her from acting in new anime since last year. She then left her former agency Space Craft Entertainment in August and started working with her new agency Grick. Within a week of joining Grick, she recorded dialogue for her first new work "in a long time."

Hirano's continuing and previously announced roles include Lucy in Fairy Tail, Garnet on Jewelpet Sunshine, and Menchi on the new Hunter x Hunter anime. Hirano revealed that she has four new regular roles after reporting that she will start recording for a new program on Friday. A follower had then asked if she was perhaps co-starring with fellow voice actress Romi Park in that new program.

i'm just glad they're not changing voices for lucy. that'd be awkward. :(

can mods watch this to make sure there's no slut shaming?

Kollaboration is a nonprofit organization. Our mission is EMPOWERMENT THROUGH ENTERTAINMENT.
We are dedicated to the promotion of a strong Asian Pacific Islander American presence in entertainment.

Win a pair of Premium Orchestra tickets for a chance to see the Kollaboration Show! All you have to do is become a fan of Jin Akanishi's Facebook Page and fill out an entry form by clicking Jin's Kollaboration Sweepstakes tab on the left. We will contact the lucky winner on Tuesday, Nov.1 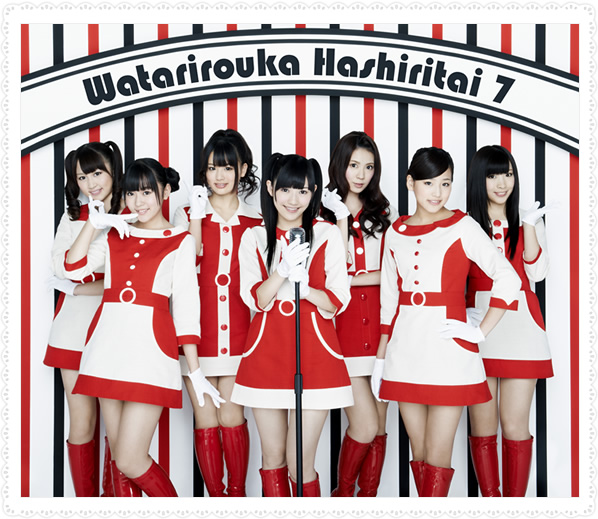 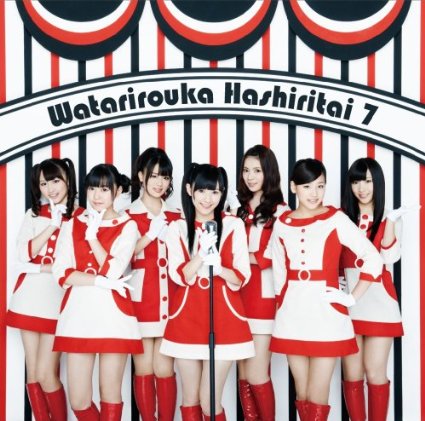 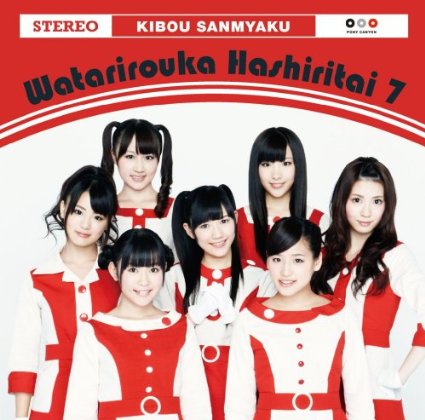 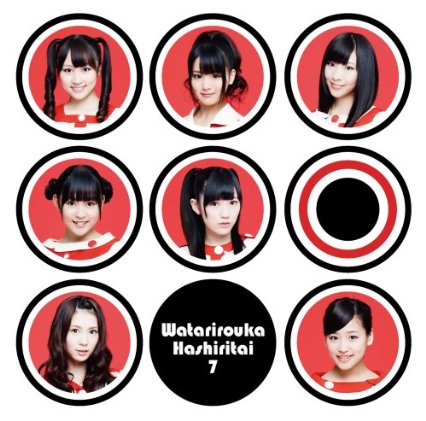 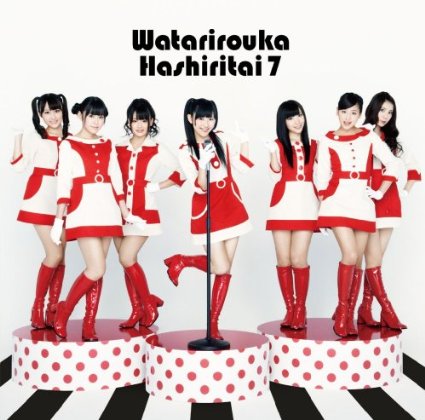 Arashi fans will see their favourite stars meeting people and finding new things in different areas around Japan in their special show on NHK, reports Oricon and Chunichi Sports.

“嵐の明日に架ける旅 (Arashi no Ashita ni Kakeru Tabi)” will be shown on November 23 at 19:30 local time in Japan, and will feature all of the Arashi members going around Japan to find inspiring stories to cheer on the Japanese people getting over from the March 11 disaster.

Just one thing: F*ck yeah. November will be an amazing month for Arashi and us, fans! <3

Over 165,000 fans logged into mixi on October 26 to participate in a real-time chat with singer-songwriter Shimizu Shota, despite just one day's notice!

The event was held to mark the release of his 11th single, "Mada Owaranai". Fans who came last year to Shota's mixi event in July said, "It was so fun last year so I want you to do it again!" and due to the demand, Shota announced the day before the event, "I want to get together with everyone on mixi, so let's chat! I'd like to reply to a lot of people!"

He proposed, "'Mada Owaranai' is a song for those people who are trying hard in their everyday lives, so I'd like to hear people's troubles. I will reply with something to cheer you up and cheer you on! Yes. Let's do it. It'll be fun!" Over 15,000 messages were sent to Shota in an hour, and he replied to numerous people. Likes and comments totaled over 42,000!

The new single, "Mada Owaranai" is a song to encourage those trying very hard right now, and features a new jack swing style, with a fresh melody. The video, which features a smiling Shota, is also a hot topic!