Earlier today, Fuji TV revealed the first details about their Monday-9pm (‘Getsu 9′) drama for the winter season that will begin airing in January.

This season we get to enjoy a great female cast in a drama all about love and problems of women with “Watashi ga Renai Dekinai Ryuu“. Next season we can look forward to a real action drama called “Lucky Seven“, starring Arashi’s Matsumoto Jun, Eita, and Oizumi Yo as the members of a detective agency.

The story focuses on the seven members, three men and four women, that operate a small detective agency in Kitashinagawa, Tokyo. Teamwork is definitely going to be a strong theme of the drama, but it will be the original and thrilling cases that are going to keep the viewers at the edge of their seats.
( Collapse )
Source


I'm actually surprised to see Sexy Zone's NINKI that high! I'm still expecting them to sell less than Not yet though, so we'll see...

But at least we're getting better competition next week. Singles chart is looking pretty fierce and at least top 5 albums will look quite pretty.

Rooting for Kanjani8 of course! Also for GLAY and ABC as well. And hoping for decent sales for TMR, Yoshii-san, Nakajima-san, FMB and GReeeeN.

Each year on November 11, Ezaki Glico carries out a campaign to thank its customers.

This year, Ezaki Glico has added the Pocky & Pretz Day: Twitter campaign. If you follow pockypretz11 on Twitter and tweet to fill in the ○○ on “○○&PO Pocky do seriously too. #andpo” from 11:11 a.m. to 12:10:59 p.m., you will be eligible to receive various snacks from Ezaki Glico.

In the ○○ in the sentence, you can write what you are doing at that particular time.

KAT-TUN will be releasing a new single titled “BIRTH” on 30 November 2011. The single has been chosen as the main theme song for the upcoming drama “Yokai ningen BEM” (starring Kamenashi Kazuya, Anne and Suzuki Fuku)

Check out the covers below! 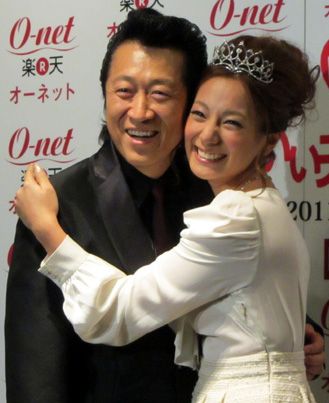 Singer Joji Takahashi, 53, and his wife Mika Mifune, 29, have been named as “Partners of the Year,” an award given to ideal married couples. The award is given by online dating service O-Net on Nov 12, which is “Good Couple Day” (1 can be read in Japanese as “i” and 2 can be read as “fu”—meaning “ii fufu”).

Takahashi and Mifune have been married for 14 years. They first met when Mifune was 13 years old and got married on her 16th birthday. Takahashi said the bond between them was stronger than ever.

The couple joked that if they are reborn, they would like to meet and get married again in the next life.

Because people have "liked" the ffxiii-2 "test-play" promotional site over 50,000 times on facebook Yuko will be dressing up as Serah on the launch event. If 70k people "like" the site Yuko will wear a different outfit (Lightning????). There's a third option as well, but Square Enix hasn't said how many "likes" it will take to reach that point. 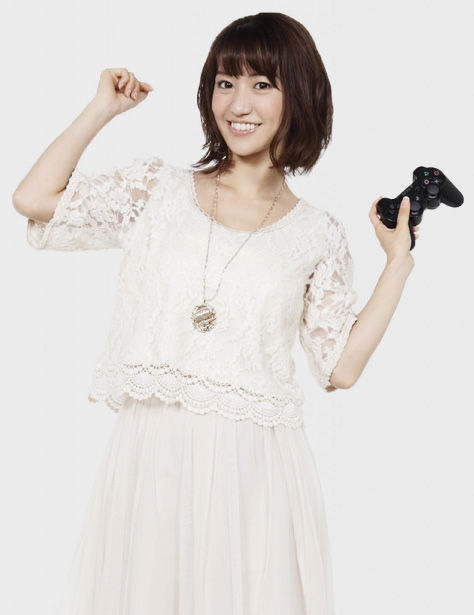 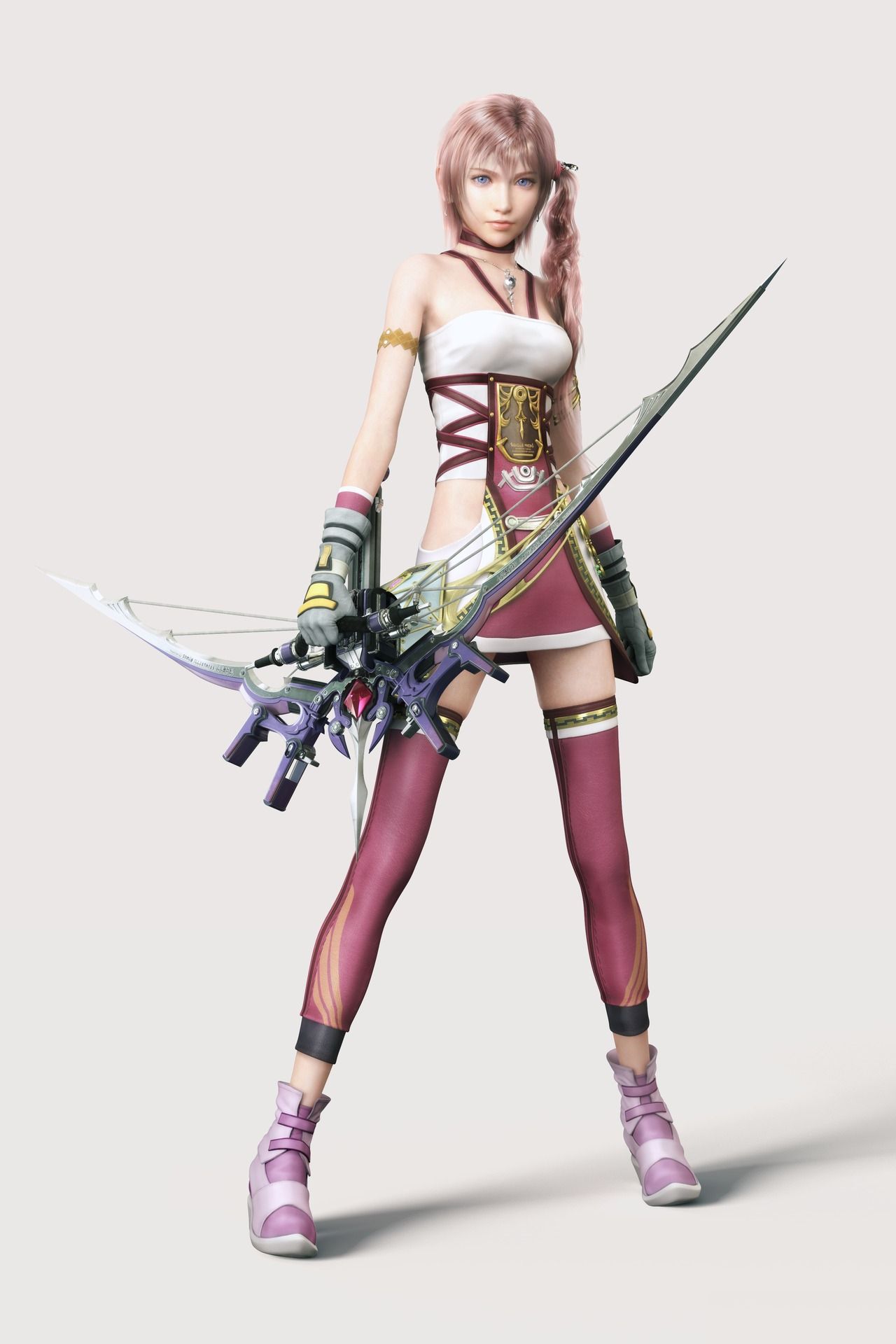 We previously reported that Japan Post would begin selling stamp sheets bearing the faces of popular idol group, AKB48. It’s being reported that once they were made available on November 8th, the influx of traffic caused the Japan Post homepage to crash.

Fans rushed to the site all at once in order to grab a sheet, as it was the first time that AKB48 stamps were ever produced. Those who were unlucky won’t have to mourn their loss for long, as new sheets will be made upon order.

The post office released the following statement in order to relieve some confusion, “You don’t need to use the website (to order the stamps). You can also apply for the stamps at your local post office until January 9, 2012.” Popular music program, MUSIC JAPAN, has revealed that their November 13th broadcast will feature a KinKi Kids special!
This special episode will mark the first time for KinKi Kids to appear on the show.
During the talk segment, KinKi Kids will reflect upon their history with a video clip and will share unknown episodes from the creation of their new album. The 30-minute program will also present the viewers’ questions and messages to the members.

**Aww,It will be their first time to come to the show,and it's kinda unusual to see them promoting beside MS,So really can't wait to see this,Yay! More promotion please~ ^^ 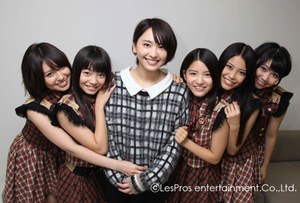 9nine, the musical act composed of actress Umika Kawashima and four other girls, are contributing their new song "Chikutaku☆2NITE," for the theme song of the December live-action Ranma ½ television special. Yui Aragaki (pictured right top with the members of 9nine) stars as Akane Tendō in this special based on Rumiko Takahashi's martial arts comedy manga.

This will be 9nine's first theme song for a live-action television project since its member lineup changed in September of last year. The group's name comes from the original 9-member lineup at its founding in 2005, but it now has five members: Umika Kawashima, Uki Satake, Hirona Murata, Kanae Yoshii, and Sayaka Nishiwaki. 9nine also peformed theme songs for the anime Star Driver.

The song "Chikutaku☆2NITE" is about teenaged girls all dressed up and heading out to a party. It will be available as a ringtone on December 7, followed by a single release on December 21. 9nine will then hold a concert on January 28 at the Shinagawa Stella Ball in Tokyo.

In the story of the special, Akane (Aragaki) is determined to protect the family's legacy, its dōjō. However, her father Soun (Katsuhisa Namase) suddenly and arbitrarily announced one day that "only men can be heirs." Unfortunately, this puts Ranma (Kenta Kaku, Natsuna in dual male/female roles) in a bind, since he turns female when splashed with cold water after falling into a cursed hot spring in China. To return himself to a "full man," Ranma searches for the "secret hot spring" and gets caught up in a battle with a mysterious enemy (Ryōsei Tayama). Now Akane holds the key to the story. (source)
Collapse