From their first single released on the 28th last month, featuring overall production by tofubeats.

Not Yet performs Pera Pera Perao on Music Japan Popular 7-member Johnnys group, Kanjani8 topped the album chart this week with the release of their 5th full album, "FIGHT." This is their 4th consecutive no.1 album since their second album, "KJ2 Zukkoke Daidassou" (released in June 2007). This album has also achieved their personal best of highest-selling first week album sales, surpassing their personal record set previously by "8UPPERS" (released in October last year) which sold 231k in the first week.

This album includes their A-side singles released this year, "T.W.L/Yellow Pansy Street," "My Home," "365 Nichi Kazoku," and "Tsubusa ni Koi," as well as contribution from various musicians like Dohatsuten, Ketsumeishi, Aobozu, Kusuo, Sukima Switch, ROCK'A'TRENCH, and Kanjani8 members themselves for a total of 14 songs in Disc 1 and 4 songs in Disc 2.

Number one debut single by artists with the youngest average age:


Congrats all especially Eito, TMR, ABC and GLAY! It's a pity that GLAY's sales from their official shop isn't counted in the Oricon. :(

The Twitch entertainment news site reported on Tuesday that Warner Brothers offered Ken Watanabe (The Last Samurai, Batman Begins, Inception) the role of Colonel in the live-action film adaptation of Katsuhiro Otomo's Akira manga. The site also reported that Warner and Gary Oldman, the previous actor approached for the role of Colonel, had been "unable to close the deal." 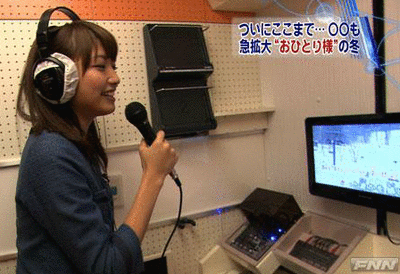 The world's first one-person karaoke box will open in Kanda, Tokyo on Friday. The shop is designed for single guests to enter their own "pit" rooms and sing karaoke music alone with a headset and microphone. To help contain sound in the two-square-meter rooms, this karaoke box will not include speakers like typical karaoke chains in Japan.

Traditional Japanese karaoke boxes cater to groups and allow them to sit in larger rooms while singing, drinking, and eating together for a rented time period.

This solo karoke box follows in the footsteps of a recent single-dining restaurant trend. A yakiniku ("grilled meat") shop where guests can cook and eat a meal in a single-person space opened in Chiyoda, Tokyo in April, and similar shabu-shabu (a type of hot pot) restaurant also exists. (source)

Koda Kumi to perform at MAMA 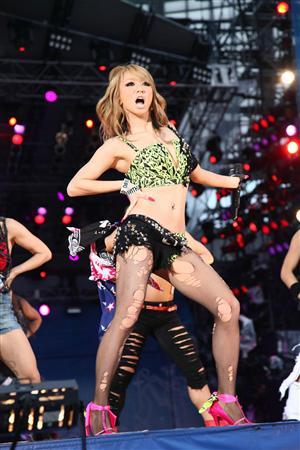 It’s been announced that singer Koda Kumi will make an appearance at the “2011 Mnet Asian Music Awards (MAMA)” which will be held at the Singapore Indoor Stadium on November 29th.  MAMA is the biggest music award show in Asia which is broadcasted live in 45 countries, and this upcoming show will be the 13th time for the event to be held.

Koda who has been active inside and outside Japan, received an offer for her powerful performance and singing skill.

Koda will be the only Japanese artist at MAMA, and she will go on the stage with other great artists.  She commented, “I would like to try my best on the performance with great enthusiasm.”  Koda will also release a new single “Love Me Back” on the 30th. 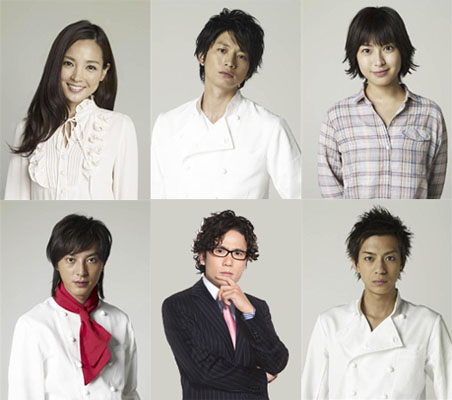 Last month, Fuji TV announced that actor Mukai Osamu would star in his first prime time drama next season. Today they finally announced its title, “Hungry!“, and who is going to costar with him.

As stated in the previous announcement, “Hungry!” is a human drama with a comedic touch that is set at an Italian restaurant. Mukai plays ‘Yamate Eisuke’, a somewhat sadistic yet lovable musician-turned-chef who wants to take over his parents’ restaurant after the death of his mother.

The biggest news was the addition of SMAP’s Inagaki Goro as the bad guy, a businessman who immediately bought the restaurant after the death of Eisuke’s mother. He is pretty despicable person and, unlike Eisuke, not lovable at all. He constantly looks down on Eisuke, the new chef, and makes use of unjust methods in order to completely make this little restaurant his own.

Scriptwriter Omori Mika (“Buzzer Beat”, “My Boss My Hero”) revealed that she was heavily influenced by Inagaki’s image while creating this narcissistic and well-spoken character.

Inagaki commented, “We already have a restaurant with ‘SMAPxSMAP‘, but I’m not really the owner… I’m just a chef who gets worked hard by owner Nakai Masahiro. (laughs) I’m excited to portray this image and already began getting into the role. I can’t wait for the filming.”

Moreover, Eisuke is going to be in a love-triangle with the female college student (Takimoto Miori) who works at the restaurant and his actual girlfriend (Kuninaka Ryoko), who works at a bank.

Takimoto, who recently starred in “Ikemen desu ne“, commented, “I’m playing a very naive yet very energetic girl. She’s a college girl like myself, so I hope I will play her well.” About Mukai, she added, “From his appearance he seems to be very kind, while his character implies that he’s a son of Kyushu. A perfect ikemen (laughs)!”

Kuninaka, who can currently be seen in “Ore no Sora“, commented, “To be honest, I’m quite happy about this role, because so far I’ve played a lot of very bright and cheerful characters, but this time it looks like I’ll play a real adult woman. My character feels that the distance between her boyfriend and her is gradually increasing, which probably applies to many women out there. I want to play this role with all its seriousness!”

Eisuke’s fellow band members also help him out at the restaurant. They are played by Tsukamoto Takashi (the band’s guitarist) and Miura Shohei (the band’s vocalist). His father will be played by Osugi Ren.

Mukai commented about his costars, “I’ve already filmed with Inagaki for the ‘SMAPxSMAP’ drama. Back then he already played the villain, so the image won’t be that different this time. (laughs) I haven’t worked together with Takimoto and Kuninaka so far, but I still have that image of them being everyone’s morning heroine.”

He continued, “Tsukamoto and I already filmed something together, although it only was one short scene. I’m looking forward to becoming good friends with him this time. Miura and I also aren’t familiar with each other yet. I heard he’s already receiving voice training for his role and I also heard that he seems to be pretty good during the training.”

French cuisine meets rock music. Be sure to check out this drama, that is going to air on Fuji TV every Tuesday at 10:00 pm.

Earlier this month, it was announced that Yamashita Tomohisa was going to star in a new TBS drama called “Saikou no Jinsei no Owarikata~Ending Planner~“. Today, it was revealed that Eikura Nana, AKB48’s Maeda Atsuko, and Sorimachi Takashi have signed up to become his castmates.</p>

“Saikou no Jinsei no Owarikata~Ending Planner~” is a family drama that dwells on the meaning of life and the bonds between people. It stars Yamashita as the owner of a funeral parlor who succeeded his late father. This particular funeral parlor handles bodies received from the police, and all those bodies come with stories like being bullied, suicide, and death from overwork — all of which unintentionally allow him to delve into the darkness of modern society.

Maeda will play his younger sister, while Sorimachi will portray the role of his long-lost older brother. The heroine and love-interest of Yamashita’s character, a female detective, will be played by Eikura.