For those concerned about the other half of the protagonists showing up in the upcoming stage production "VisuaLive: Persona 4", worry no more. Youichiro Omi has been casted as Kanji Tatsumi, and it may indicate that the casting staff is currently in the process of recruiting members for the roles of Rise Kujikawa, Naoto Shirogane, and Nanako Dojima. 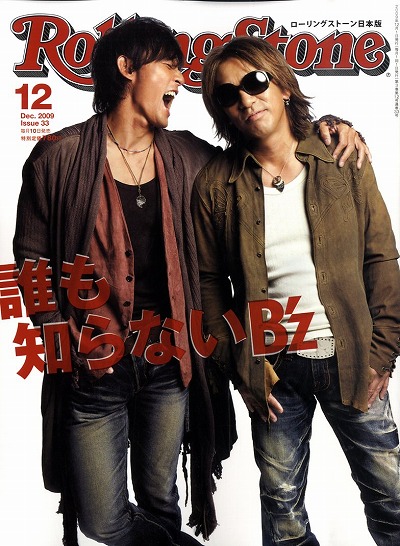 In the Japanese music industry, there are handful of guitarist who are extremely talented and full of aura on the stage. Amongst these people, there can only one person who can represent the guitarist of Japan.

With this fact in mind, goo decided to ask its users, “Which guitarist do you think can be a representative for Japan?”
( Collapse )

Source: goo Ranking, Tokyohive
So freaking happy Hide is still there!!! His legacy lives on~

it was today,yesterday in Japan,her final concert, just posting to share some info on it,the promo shots and the DVD announcement.
T___T so sad but at least the set list is amazing.

better than your rapping faves <333

Ueto reflected upon the year and said, "It was really fun. I was able to be myself, and I was able to step up." She also shared her goal for next year, "I want to appear on the big screen."

Since starring in the film, "Azumi 2 Death or Love", back in 2005, Ueto has mainly been focusing on dramas and CMs. Next spring, she is scheduled to star in the movie, "Thermae Romae", in the role of Mami. Ueto showed her enthusiasm saying, "I don’t have any particular role I want to play. I want to focus on the work that is given to me."

As her first time appearing in a fashion show organized by an independent brand, Ueto walked down the runway wearing an elegant and mature dress. After the show, she expressed, "It happened so quickly, but I had so much fun. I never thought I would ever stand on a stage like this. It was a valuable experience, and it felt good to be showered with shouts of joy."

Escada is a luxury brand based in Munich, Germany. Currently, they have over 1,100 boutiques in 80 countries around the world. On this day, actress Maki Tamaru and the Kano Sisters also attended the event.

TAKAHIRO from popular group EXILE has been announced as the new image character for Meiji’s new dessert “Dorea” and will shoot a new commercial for the product. TAKAHIRO will play a gentle and sexy “man” that appeals to a selfish woman.
The commercial shows that, just like women who are inconsistent with their feelings, the texture of the dessert will differ depending on the time it takes to defrost. The commercial was a good experience for TAKAHIRO. When he was filming the commercial he said he was embarrassed because some of the scenes was what he considered to be too sexy (my note: or rather, he's embarrassed doing the love scenes since it's his first time).
The commercial will air on December 5th in the local Kanto areas. TAKAHIRO will also be providing the theme song to the commercial, “PLACE“, which is his (first) solo song and will be on EXILE’s upcoming album, “EXILE JAPAN/Solo” on January 1, 2012.
( Collapse )
Source: Tokyohive, Oricon & JijiPress@YT

SMAP SHOP has opened its doors for a limited term every year since 2005. This year’s store theme will be “RUNNING SMAP”, and so the floor of the shop will be designed after an athletic track.

The store will display outfits worn by the SMAP members, life-sized footprint replicas, as well as video clips of the members from their debut era.

SMAP SHOP will feature a bevy of original goods, such as a photo book, a pen set, copies of their popular 390 yen single, and a new live DVD entitled “THANKS FOR BEIJING” in a shop-limited jacket.

Member Inagaki Goro commented, “I visit SMAP SHOP every year. This year’s theme will be ‘RUNNING SMAP’, so we will continue to run alongside everyone. Please, come and visit the shop.”

SMAP SHOP will be open from December 8th to January 9th from 11:00 am to 9:00 pm. Since the shop attracts a large crowd every year, sources suggests, “the popular products will sell out, so please come early.”