Kago Ai’s stream of bad luck doesn’t seem to be letting up — the president of her agency, Ito Kazuyuki, is setting out to sue the former Morning Musume idol for damages. Ito explains that Kago has cost the company more than 100 million yen (~1.3 million USD) in damages due to a violation of her contract, so he is preparing to fight her in a civil suit for the damages.
( Collapse )
Source

Political diplomacy is not the only way of bringing two countries closer, or so feels Sarabjit Singh Chadha, a Delhi-based businessman. Chadha's a celebrity in Japan, and feels that he can use his voice to that effect. While Chadha (59), is a businessman in Delhi, in Japan, he is a popular Enka (Japanese music genre) singer. He first began singing Enka in the 1970s as a student in Japan, but quit because of visa issues and for 30 years, he didn't sing at all. But his comeback in 2008 received an overwhelming response in Japan, and recently, Chadha showcased his talent in India. From November 26-29, he performed in Delhi, Gurgaon and Chennai, along with a Japanese band.

Speaking to DT, Chadha said, "I'm settled in Delhi and travel to Japan for my performances. In the 1970s, when I started singing Enka, it was probably not that sensational and there were many issues. Also, people in Japan don't like those who do too many things at the same time., so I decided to quit music and became a businessman in Delhi. Then, I started receiving calls from Japan for performances because there wasn't any foreign Enka singer in Japan, and I agreed. And after that second chance, there's been no looking back."

With these performances in India, Chadha is trying not only to introduce Enka to Indians, but also to raise funds for the Fukushima tragedy. He says, "I want to bring Japan closer to India, and I feel these songs can do it. I bring the two cultures together through my music. I'm singing Enka in Hindi also."
Chadha also hopes to be able to sing for Bollywood some day. He says, "I'd love to sing for Bollywood. A lot of movies here use Japanese songs."

This guy seems really cool! I looked up video of him singing at the Namaste Tokyo festival the last few years...

WHAT IS ALL THIS PERFECTION!!! OMGGGGG SO FAST, HEART CAN'T HANDLE IT As previously reported here, Toda Erika and Kase Ryo reprises their roles for the theatrical movie and special episode of the hit drama series Keizoku 2: SPEC.
( Collapse )
SPEC ~ TEN will be released on April 7, 2012.

Sources: Official Site + 1, 2, 3 & 4
---
Mods, I will be editing this entry once the official translation of the article comes out. :D
SOO FREAKING EXCITED!!!

Nakazawa Yuko is getting married after only 4months of going out.

Her partner is A-san(38) who is the CEO of an IT company who looks like the actor Uchino Masaaki (43). He provides software for one of the cable networks and has been staying at Nakazawa Yuko apartment.

They were introduced to each other by a friend and started dating from August this year. In October a photo of the couple was released in Friday magazine. According to someone close to the couple recently A-san proposed to Nakazawa and after only 4months it is a "speed engagement".

The plan is once Morning Musume OG group Dream Morning Musume finishes with their performance at Tokyo Budoukan on the 10th of March they will have introduced each other to their parents and are aiming to have a late Spring to Summer wedding. Then they will begin their married life together in the groom's city Fukuoka.

Nakazawa is planning on moving between Fukuoka and Tokyo for work.

Sorry for the very rough summary of all the important points in this article. It's not word for word.
I'm kind of disappointed she didn't marry Sakamoto. They were cute together! It's going to be hard going back and forth between Fukuoka and Tokyo though I imagine. Fourteen luxury cars, including eight Ferraris, one Lamborghini, a Nissan GT-R and a, er, Prius, all tangled together on the Chugoku Expressway in Yamaguchi Prefecture.

Ten people were taken to hospital, but spare a thought for the insurers - the damage bill could tot up to more than $3 million.

That makes it more expensive than this Monaco bingle involving a blonde, but probably not as funny.

The crash happened on a curve and involved an oncoming car - a Mercedes Benz.

Japanese daily Asahi Shimbun reports that one of the Ferraris hit a median strip. It hit the Benz and as it disintegrated the next 400m, following supercars from an enthusiasts' club piled into the wreckage. Published in 2003, “13-sai no Hello Work” is a guidebook aimed at junior high school students that introduces more than 500 jobs and occupations. The book has sold approximately 1.48 million copies since its release. An updated version titled “Shin 13-sai no Hello Work” was released last year and will serve as the basis for the drama series.
( Collapse )
Tokyograph

A poll has found that 82% of the Japanese public has a positive/friendly feelings towards the United States:

While the United States has consistently scored highly in the Cabinet Office’s annual poll of attitudes toward foreign countries, the latest result was the highest since the survey began in 1978. Only 16 percent of respondents reported not having a friendly attitude toward the United States, the lowest such result ever.

Some of the credit for this rise can be attributed to Operation Tomodachi, the massive disaster relief mission that the United States military launched after the March 11th earthquake and tsunami hit Tohoku. The American military is continuing to provide assistance to disaster victims, and has been getting positive Japanese media coverage all along the way.

As this graph shows, there was also a small increase in friendly feelings towards China (but not enough to recover from the damage caused by aggressive Chinese actions in 2010):

It looks like few people love Russia, probably because of the Kuril Islands dispute.

Recochoku, one of the biggest mobile music download sites in Japan, recently released the 2011 yearly download chart ranking and awards for the period from December 1st, 2010 until November 30th, 2011.

Check out the top ranking for digital singles, chaku-uta, and music videos over the past twelve months below!

There's still more rankings to do.

On Tuesday, Fuji TV held a press conference to announce a “Fuku Arashi Campaign,” which will have Arashi getting increased airtime between December 17 and January 3. This includes limited-time commercials for the campaign that will air during that period, as well as several special programs featuring the group’s members and a giveaway campaign.

According to the Sports Hochi newspaper, the campaign includes a special TV mini-program with Arashi that will air late at night every night between December 27 and January 3, though December 31 will be skipped since Arashi are hosting NHK’s Kouhaku Uta Gassen that night.

On January 3, Arashi will have a “Kotatsu DE Arashi” special and a “VS Arashi” special, plus Ohno Satoshi’s drama special “Mou Yuukai Nante Shinai” (previously announced here). The drama special will feature guest appearances by Sakurai Sho (as his butler character in this season’s “Nazotoki wa Dinner no Ato de”) and Matsumoto Jun (as his detective character in next season’s “Lucky Seven”).

It is also reported that Fuji TV’s website will have a special original game called “Fuku Arashi Warai” that uses the facial features of Arashi’s members.

The “Fuku Arashi” campaign symbol, which has messages written on it by the group, will be on display in Omotesando Hills from December 27 to January 3. 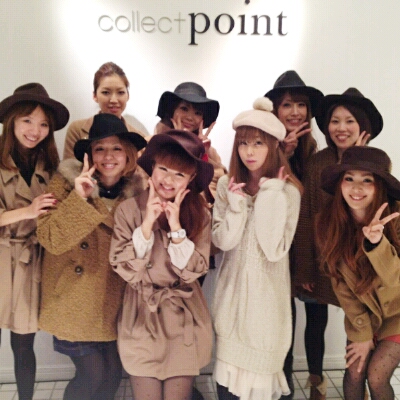 In honor of their 10th anniversary, MEG recently designed fashion brand Heather's 2011 autumn/winter collection. This was the second collection she helped design for the brand after also participating in their spring/summer collection earlier this year. She attended the collection's release party at Harajuku Collect Point on December 3rd to promote her designs in a special talk session, with approximately 300 fans of the singer present in support of her; the items were said to have sold out almost entirely by the end of the event.

As announced by her label unBORDE at the end of last month, MEG's comeback to the Japanese music industry is currently scheduled for early 2012. More details have yet to be revealed.

I really want the boots she designed.

Anyway, MEG thanks you for your time.