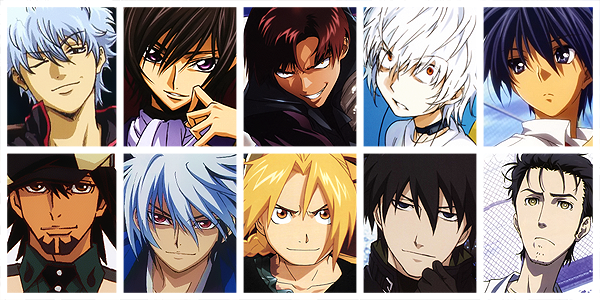 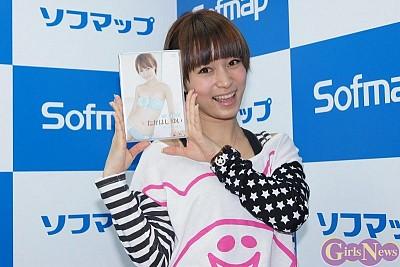 The idol began by reflecting on her memories from the shoot’s location: “This is my second DVD, but it’s my first since joining SDN48. It was shot during the summer in Bali. I didn’t have time to go sightseeing, but I ate mangosteen for the first time and it was delicious.”

Takahashi also talked about the contents of the DVD. “I had the most trouble with the flowers in the bathtub scene,” she said. “When the flowers were floating in the water, there were ants on them so it was really difficult to deal with. Aside from that, it was a really nice shoot. The nature in Bali is beautiful and the buildings are unique. You can tell how much fun I was having there.”

As for the highlights in the book, Takahashi pointed out: “I say some lines from anime, though I can’t tell which anime the lines were from. By the way, I don’t cosplay in the DVD. But, I tried sleeping between the sheets with nothing on for the first time in one shot. I wasn’t able to move at all.”

Looking back on the year, Takahashi expressed some of her memories and goals, “2011 was a year full of SDN. I was happy to be chosen for my first Senbatsu. Next year is going to be a great year as well. I hope I can do some variety, so I want to be on a quiz program.”


A few days ago, Fuji TV aired a 2011 music special that included live performances of some of the year’s most popular songs. When boy band Arashi took the stage, there was some kind of technical trouble. Instead of the CD-like quality of the other groups’ performances, audiences were given a taste of some raw audio.

A sloppy machine translation of a J-Cast article about the incident:

Arashi fans have denied that the incident reflects the actual singing ability of the group.

Some internet conspiracy theorists have pointed out the lack of technical trouble during K-pop performances as proof of Fuji TV’s devious plot to promote Korean culture. They believe that Fuji TV intentionally screwed up Arashi’s microphones, while allowing the Korean artists to lip sync…

Kuu-chan's scans are out. =D
slightly IMAGE heavy for some! it is a magazine theme,around the world like last year!

On December 13th, Koda Kumi (29) made an announcement via her official website that she is getting married to KENJI03 (27), the vocalist and guitarist of mixture rock band BACK-ON.

Koda wrote on her official site, “He is a wonderful man who accepts everything about me as an artist Koda Kumi, and also makes it comfortable so I can stay as the way I am. I wish that we will make a family that’s full of smiles, so please watch over us with your warm eyes. Please continue to support me.”

OMG OMG OMG OMG!!SO HAPPY FOR HER!!!!SHE IS GONNA BE SUCH A CUTE WIFE!!

( Collapse )
Source: 44thYusenAwards Youtube
I love all the performances and cover~~ Anata E should totally be performed wearing white suit and not black.

Held on December 10th and 11th in Tokyo International Forum Hall A.

You can always visit this thread @ BoAjjang Forums to get fanaccounts, more updates etc.

Kansai Johnny’s Jr. mood-maker, Kiriyama Akito (22), will be taking on a gay role in the upcoming theater play, “Beautiful Sunday”. The play will be shown at Osaka’s Theater BRAVA! on March 10th-11th, 2012.

In 2005, V6’s Miyake Ken played the same role on a TV version of the play. With the exception of Johnny’s, this will be Kiriyama’s first stage play and he is excited to be going out on his own.

“I hate to lose, so I want this work to be even better than Miyake-san’s,” he said.

Commenting on his new role, Kiriyama continued, “I’m not opposed to it, but how do I study it? I want to act real enough to make even gays [in the audience] say, ‘Isn’t that boy real?’”

Last month 12012 had a random countdown on their official page, with piqued fans interest. The countdown has finally finished on “12012 Day”, December 12th, and the group announced that they would be releasing a new album and also posted a new image.

The band will be releasing a self-titled album “12012” on March 14, 2012. This will be their first release as a four member band, so people are quite curious what they will be bringing to the table.

Furthermore, after the release of their album, 12012 will be holding a special event on April 3rd atLIQUIDROOM ebisu in Tokyo. They will be guests alongside other bands like: 9GOATS BLACK OUT and amber gris.

As reported earlier today, singer Koda Kumi announced that she will be getting married to KENJI03, the vocalist and guitarist of BACK-ON. A few more details have been revealed regarding the upcoming marriage.

According to a representative, Koda is not pregnant, and the couple is planning to register their marriage at the end of this month. Both Koda and KENJI03 belong to the same agency, and grew closer when Koda and BACK-ON collaborated in “Poppin’ love cocktail feat.TEEDA“. This track was composed by BACK-ON, included KENJI03’s vocals at the chorus, and was released as one of the tracks in Koda’s 50th single “4 TIMES” released back in August.


Koda’s handwritten message (above) included an excerpt on how Koda met KENJI03:
( Collapse )

I hope she has a normal wedding with a dress,kimono and what not and pictures!!
I wanna see at least one Jpop Queen wedding  photos
Collapse