A strong earthquake with a preliminary magnitude of 7.0 earthquake hit off the shores of Japan’s southern Pacific island.

The Meteorological Agency says the offshore quake Sunday struck about 370 kilometers (230 miles) below the sea surface. The agency said there was no danger of a tsunami. There were no immediate reports of damage or injuries.

Northeastern Japan was devastated by a massive earthquake and tsunami on March 11 that left nearly 20,000 people dead or missing. Japan, which lies along the Pacific “Ring of Fire,” is one of the world’s most seismically active countries.

Popular actor Yamada Takayuki (28) reportedly got married today (January 1st) to a 35-year-old woman not in show business. The two are said to have originally been friends, and they began dating about two years ago.

Newspapers report that Yamada and the woman do not yet have plans for a wedding ceremony or a honeymoon.

Yamada’s relationship with the woman was first reported in February 2010 by a weekly magazine, when it was revealed that the couple were partly living together. Further reports in December of that year indicated that their relationship was progressing well. w-inds. has just revealed that they will be releasing their 31st single “FLY HIGH” on February 22nd!

As the trio begins their 11th year together, they plan to reach higher goals with their “dance beat number”, which reportedly boasts a impressive choreography.

w-inds. will also hold a concert on the day of the single’s release to celebrate the occasion. Those who participated in the group’s concert at the Yokohama Arena on December 25th were given the opportunity to reserve a copy ahead of everyone else as a special gift.


qwergthhvcxcfghjbnm new single though I want new album, it's been awhile
also Keita is the new fashion disaster why is the A-side so slow? The PV is different & interesting though.
and oh yeah, them Juniors are FAST.

After finishing up in the studio two week ago, Meisa Kuroki is finally on her way to releasing her sophomore album.

Titled “UNLOCKED”, this album will include the previously released singles “One More Drama”, “Wired Life”, “Woman’s Worth”, and “Breeze Out” for a total of 14 tracks. The album will be released in three types: Limited Editions A and B will both come with a 40 page booklet plus music video DVD and live DVD respectively, while the regular edition will be CD-only. 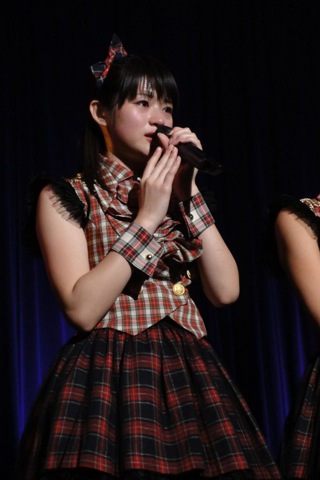 Maeda became a Hello! Pro Egg in 2004 and was selected as a member of S/mileage alongside Wada Ayaka, Fukuda Kanon, and Saho Akari. During their indies era, the group released 4 singles, eventually making a major-label debut in 2010 with the single, “Yume Miru 15sai“. S/mileage has released a total of 8 singles and 1 album.

“It doesn’t seem real that I’m graduating. All kinds of things happened, but I can’t believe that today is the end,” she expressed.

At the end of the event, Maeda broke out into tears as fans called out, “Thank you“, “Do your best,” and “Yuuka!“.

it was announced on the 31st, that Ueto Aya (26) and EXILE leader HIRO (42), will be getting married in April. it was known that Ueto has revealed this news to her mother and close friends, as well as to her agency, that she wishes to get married in spring. they have been seeing each other since summer the year before, and decide to tie the knot after two years of dating. wedding ceremony and details have not been finalized yet, but Ueto will continue her work even after marriage.

despite a 16-year gap, the wedding will take place in the season of the sakura.

sources close to Ueto revealed that she had announced her plans to get married to her mother around the end of the year. after they started dating, Ueto has introduced HIRO to her mother, whom finds him "unpretentious and humble". after that the three of them would go for meals, and her mum has been supportive of their relationship all the while.

hadn't seen this posted yet. my own translation, sorry for lack of proper wording. also, first post on arama yay!

The new year has arrived so let’s look back at the 2011 cinema box-office takings in Japan.  Western films have been strong throughout the year and, much like the past few years, those that are part of a series have been the most popular.

Source: cinematoday.jp
Translator: me :)  Please let me know if you think there are any mistakes!

For the millions of little girls who had the original Licca-chan doll, assembled in 1967, they probably noticed a tiny little dent in the right nostril but didn't give it a second thought.

Chioko Fukao, 47, was shocked, however, when she heard the inside story during an in-house training course. Fukao is a member of the Licca-chan development team at Tomy Co., Japan's leading toy manufacturer, headquartered in Tokyo.

The secret was revealed by Yasuhiro Kojima, 71, a former senior managing director at Takara Co., the predecessor of Tomy.

Kojima was the de facto "parent" who brought the fashion doll Licca-chan into the world. And of course, Licca-chan went on to become the company's poster girl. Kojima confessed that he had accidentally dropped the original Licca-chan prototype mold, which was made of clay, onto his desk. And Licca went straight into production, with a miniscule, telltale dent.

Even after he left the product development scene, Kojima continued to be involved with Licca-chan, lending advice as needed. Kojima challenged Fukao and her colleagues "to always develop products from the child's perspective."

It was the philosophy that Kojima lived by, and it still remains the founding philosophy of the product development team.

Takara traces its origins to a tiny vinyl processing plant in Takara-cho, Katsushika Ward, in Tokyo. When the factory was founded in 1953, it consisted of a single six-tatami mat room. The company grew steadily, with hits such as the Dakko-Chan, the inflatable doll that could be attached on the arm, in a hugging pose (dakko).

I think they are Short Versions since it ends abruptly near the end, both songs are off her upcoming album Step One, to be released January 25.

not a lecca fan yet, OMG LISTEN TO THIS! she is so amazing X__X 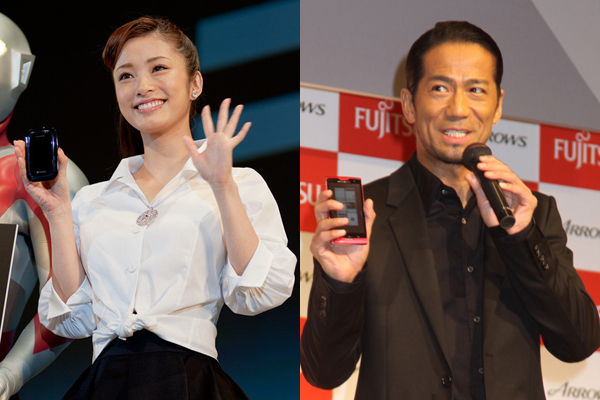 On January 1, it was reported that actress Aya Ueto (26) and EXILE leader HIRO (42) are planning to get married in the spring.

According to Sponichi, Ueto has already revealed this news to her mother and close friends, as well as to her talent agency, Oscar Promotion. However, the agency responded to the rumours by denying being aware of any marriage plans. "We have not heard about any of this," a spokesperson said.

Ueto and Hiro are said to have first met when Ueto was 12 years old and taking dance lessons from Hiro prior to her debut. Their romance was reported in the summer of 2010 and despite appearing at many events since, Ueto has yet to deny or confirm the relationship.

She can do better than this crusty oompa loompa. And BTW, Thermae Romae comes out in April and EXILE are touring this spring... I think you know where I'm going with this.