As you know, Megaromania held their oneman last night, at which they had an important announcement... a new single and their second full album!!

First, they'll release a special Valentine's Day single called Cynthia. The single will be available only at lives and through the official web shop, and those who buy it can apply for a special hand-written postcard from the member of their choice!

Second, Megaromania will release their second full album, Artistical Glint! It will be released in two types: the A type containing a PV and the B type containing a bonus track. Other than that, the album will include album remixes of AURORA-destinies of world- and Oath-cross of eternity-, for a total of 10 songs. Those who buy from the official web shop will receive a signed cheki and personalized message DVD. Furthermore, the album will include application tickets for a PV offshot and studio recording DVD.

On “Arashi ni Shiyagare SP” which was aired on January 1st, it was announced that Arashi will be the main personality for NTV’s “24-Hour Television” charity telethon this year.

On the show, Arashi members commented,

“The reason why we are making this announcement on the New Year’s Day is that we thought there is an important thing that we need to reflect upon once again, and we should not forget, especially on today, when we greet the New Year.” – Sakurai Sho

“On March 11th of last year, the great earthquake struck eastern Japan.  People in the disaster areas are working hard toward the recovery even at this moment.” – Aiba Masaki

“However, cold winter is still going on, and the brutalest season will come to the disaster areas soon. That is why we are starting the ‘24-Hour Television’ today.” – Matsumoto Jun

“We can not take back the past.  There is nothing we can do about the past, however, we still can make our future.  We would like to think not only about the disaster,  but also about the several problems that are happening currently in Japan, with everybody.” – Ninomiya Kazunari

“This will be the third time for us, Arashi, to take part as the main personality for ‘24-Hour Television’.  We will put all the effort into it by making good use of our experiences from the past!” – Ohno Satoshi

Most of us predicted this to happen!!

Idol group, Berryz Kobo was made to perform without cracking a smile while being surrounded by half naked as well as oddly behaved men during Bakushou Hit Parade New Years Show.

They delivered a professional performance with Risako looking very pissed at the men and Maasa as well as Momoko trying very hard to conceal their smile..

The overall viewership ratings for NHK’s 62nd Kouhaku Uta Gassen have been announced. In the Kanto region, the first half of the program averaged 35.2%, and the second half averaged 41.6%. In the Kansai region, the ratings were 34.1% and 41.9%, respectively.

The 41.6% rating in the Kanto region surpassed the final episode of the hit drama series “Kaseifu no Mita,” which set the ratings record for 2011 at 40.0% on December 21. This makes Kouhaku the highest rated show for the year.

This Kouhaku Uta Gassen finally saw the Red Team win after 6 consecutive losses. A total of 1,040,638 votes were tallied, including the intermediate votes counted halfway through the event. In the final judging, the Red Team received 343,045 votes, while the White Team received 323,767 votes.

On January 2nd, it was announced that idol group, Hey! Say! JUMP will be holding their first Asia tour in March to June.  The members were informed about the tour on the same day by Johnny Kitagawa, the president of Johnny & Associates, right before they began their live concert at the Yokohama Arena.

Member, Yabu Kota commented, “I’m happy that we will finally be able to see fans overseas“, while Chinen Yuri said, “We will show off our performances!”  Yamada Ryosuke also added, “To hold a tour overseas was our major goal, so I’m happy!  This will be a new start as JUMP.”

According to Johnny & Associates, Inc., there will be 3 stages in Hong Kong on March 24th and 25th, 4 stages in Taipei, Taiwan on April 28th and 29th, 2 stages in Bangkok, Thailand on May 26th and 27th, and 4 stages in Seoul, Korea on June 23rd and 24th.  This will be their first oversea concerts ever since they made their CD debut back in November 2007.  The Asia tour will also include the live concerts in Japan which will be held at Yokohama Arena for a week continuously (total 14 stages) on May 1st ~ 7th.

During the concert, Hey! Say! JUMP performed total 26 songs including their new song “SUPER DELICATE” which is scheduled to be released in February.

Member of idol group Berryz Kobo, Tsugunaga Momoko or also known as Momochi was sent to go after Tom Cruise during the Japan Premier of Mission: Impossible - Ghost Protocol.

She was sent by the TV show FujiTV Age Age Present TV to get an autograph of Tom Cruise as well as the fellow cast member.

Momochi have been gaining a lot of reputation on variety shows after her appearance in Heyx3 and Mechaike in 2011. 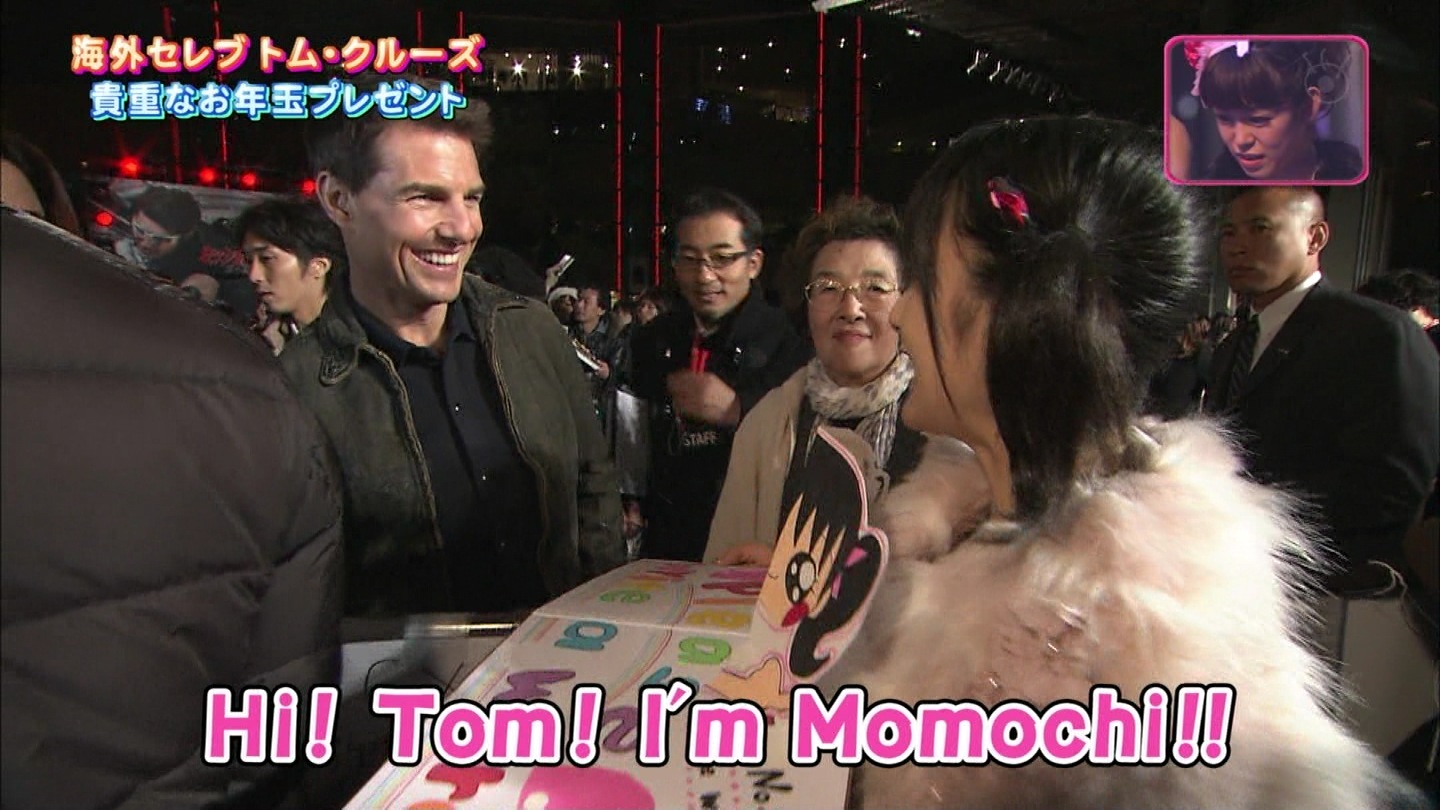 IT game company FREEM announced the voting results of "Otome Game of the year 2011" on December 25. Otome game is a dating sim for female game players. You, as a female protagonist in the game, can choose your favorite one from among several male characters and achieve a romantic relationship with him.

As reported earlier, AKB48 will be releasing their first single for 2012 on February 15th. The KING RECORDS OFFICIAL SITE revealed the official title of their 25th single, it will be titled “GIVE ME FIVE!“!

No other details on the upcoming single have been revealed yet but once new information pops up, we’ll be sure to keep you informed.

and i thought i can continue hating this guy for leaving NEWS.
groove it!

Announced just now at the Hello! Project 2012 Winter concert, Gaki will be graduating from H!P at the end of Morning Musume's Spring concert tour! :O 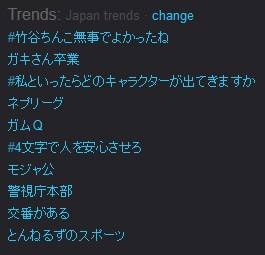 Source: "ガキさん卒業" @ Twitter + other tweets (the concert just began so actual articles will probably come out in a few hours)