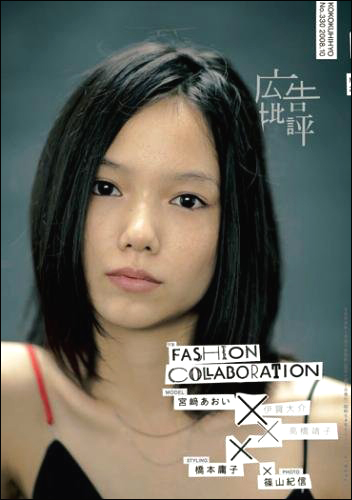 Shukan Jitsuwa reports that Aoi Miyazaki has been selected to play in a movie adaptation of TRIP TRAP, a novel written by award-winning author Hitomi Kanehara ("Snakes and Earrings" won the Akatugawa award, one of the most prestigious literary awards in Japan, making her one of the youngest people ever to receive this honor.)

“If you were God, what kind of human would you create?" I asked.

"I wouldn't change how they look. But I would make them as dumb as chickens. So dumb they'd never even imagine the existence of a god.” - Snakes and Earrings

her new album will be released February 22 and she will go tour to support the release,more information below the cut

I like the covers,length and the single off this album,can't wait
hope she does well,her last single did really good,most likely cuz of her amazing tie-in

Research firm Video Research, Ltd. has official numbers for the instantaneous ratings of the 62nd NHK Kouhaku Uta Gassen. The company has not publicly released the data, but newspapers have revealed a portion of it in news reports today. For the second year in a row, SMAP had the highest ratings out of any of the artist performances, at 48.2%.

This is SMAP’s 19th appearance at Kouhaku, and they have been the highest-rated performer 7 times. Four of those were when SMAP served as the ootori (the final performer), including the past two years.

The first ratings peak of the show started with AKB48’s performance, when ratings jumped from 34.7% (flumpool) to 38.9%. Right after AKB48, a special 8-minute segment featuring Ashida Mana and Suzuki Fuku singing with Disney characters reached roughly 39.2%. However, the highest ratings of the 1st half came at the end, with 39.4% for Shiina Ringo’s first appearance at Kouhaku.

During the second half, one of the big ratings jumps came during Lady Gaga’s video performance, climbing from 38.6% (Sen Masao) to 43.6%. From that point on, all of the artists had ratings above 40%. The show’s ending achieved ratings as high as 49.7% at 11:41pm, but it was unable to reach the 50% mark.

The five highest-rated performers of the show were:

Other artist ratings that have been announced are:


I'm pretty excited that Shiina Ringo is proven Queen of Akagumi and 39.2% of kanto population saw this: 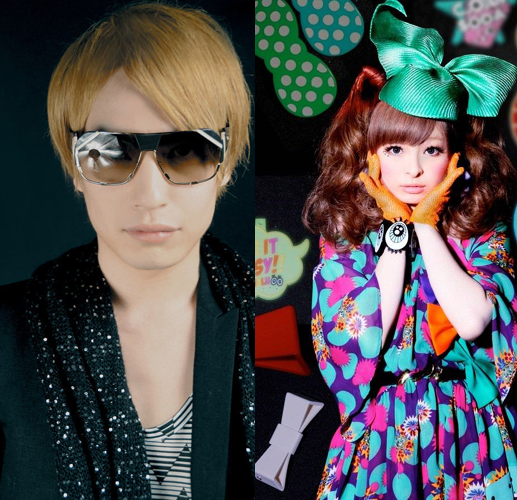 I first met Kyary at the 2010 HaraCol (Harajuku Collection). It was at a time when I was thinking up a new event and was looking for a teen DJ, and the one I was introduced to by people who said, “Even though this girl is a high school student, she loves capsule” was Kyary.

I’d heard rumors about her and sort of knew her. But as the one person I’d met out of all the reader’s choice models out there, to be honest my first impression of her didn’t have that much of an impact on me. She had that “Harajuku-ish” image about her, but I think the fun of the true Kyary was difficult for her to really convey upon our first meeting. She just felt like a talkative, funny girl to me. When I met Kyary, I just happened to have quit being blonde and had black hair. She then scared me by saying, “What’s up with your head?” and “Nakata-san, is it real?” (laughs)

It’s been announced that Yamashita Tomohisa will sing the theme song for his upcoming drama, ‘Saikou no Jinsei no Owarikata~Ending Planner~‘, which will start airing on January 12th through TBS.  It’s been about six years since Yamashita sang a theme song as a soloist after “Daite Senorita“, which was the theme for the 2006 drama, ‘Kurosagi‘.

The new song is titled “Ai, Texas“, and it was written by Tica・α (a.k.a Yakushimaru Etsuko, the vocalist of rock band Soutaisei Riron), and composed by Nagai Seiichi (the guitarist of Soutaisei Riron). Within the song, there’s a dialogue part where Yamashita recites a line.

Yamashita commented, “‘Ai, Texas’ is a punchy song that I have rarely heard before, and it matches [well] with the drama. So, I want everyone to listen to it.”

As reported earlier, ‘Saikou no Jinsei no Owarikata~Ending Planner~’ is set at a funeral parlor that receives bodies from the police, and Yamashita will play the protagonist who unwillingly inherits the funeral parlor after his father passes away.

“Ai, Texas” is scheduled to be released from Warner Music Japan later this spring.

Yamapi and Jin are now under the same label, Warner Music Japan


Source
The chorus reminds me of an old song... I can't remember what song exactly >.<

With the results of the latest Oricon weekly charts, it was confirmed that popular idol group AKB48 finally managed to become the top-selling girl group in single sales with a total of 11,787,000 sold copies since their debut.

Member Takahashi Minami commented, “The big excitement of having won the Japan Record Award has yet to calm down, when we already get astonished again with such an unimaginable big number. We are delighted (to have achieved so many sales) and are really grateful towards our fans.”

Just when the live-action film for Akira was up and ready to go, the Hollywood Reporter has confirmed that production on the film has been shut down.

Production offices in Vancouver, Canada have been closed down and all non-essential crew and talent are being sent home after Warner Bros has decided to review the budget. The Hollywood Reported noted that the studio still feels that the amount is too high and is hoping to bring the budget down to between $60 million and $70 million.

According to insiders, the project could very well end up being shelved entirely if the issues aren't resolved. Other sources have said that the film isn't dead yet and that the studio "just won't let it die."

Source: The Hollywood Reporter by jpopasia

the GazettE's full performance at the Inazuma Rock Fes 2011.

Actress Sawajiri Erika has channeled the classic beauty of Audrey Hepburn for the February issue of popular fashion magazine ‘sweet‘.

Sawajiri will soon make her comeback as an actress in the BeeTV mobile drama “L et M: Watashi ga Anata wo Aisuru Riyuu, Sono Hoka no Monogatari“, where  she plays the roles of two women who couldn’t be any more different. Her two love interests will be played by Murakami Jun and Nakamura Aoi. Moreover, all the outfits she’s going to don in the drama were produced by the two magazines, ‘sweet‘ and ‘GLAMOROUS‘.

It was this collaboration between the drama and the magazine that lead to this special feature with the title, ‘Turning into former famous actresses‘. Sawajiri doesn’t just transform into Audrey Hepburn — she also borrows looks from Brigitte Bardot, Jane Birkin, Edie Sedgwick, and more.

She commented, “This pictorial is already one of my favorites. I had a couple of names in mind when thinking of former famous actresses and I was really happy when it turned out that the editorial department thought of exactly the same names.”

She revealed that she particularly enjoyed the picture of herself as Brigitte Bardot.

“The pose, the hair, the make-up, the outfit, everything just matched perfectly! The Edie Sedgwick picture is one of my personal favorites. Overall, I think the pictorial has a great balance,” she said.

The February issue of ’sweet’ will be released on January 12th, while the first episode of the mobile drama will become available on February 1st.