It’s been reported that Yasuda Kazuhiro (44) of comedian duo Dangerous has tied the knot to a 25-year-old non-celebrity!

The couple had been dating for approximately three years, and registered their marriage on January 17th. Yasuda commented, “I thought this would be buried amidst Hamasaki Ayumi-san and Wakatsuki Chinatsu-san’s big news. However, I’m thankful that people are interested in someone like me. I will continue to work hard, so please continue to support Dangerous.”

This news was first revealed by Yasuda’s comic partner Nocchi on January 15th through his official blog. He wrote, ”With this, Dangerous has become a 4-person group. Let’s do our best for our wives.” He also joked, “I’m envious she’s 19 years younger.”

At a press conference for AKB48's new documentary movie on January 18th, AKB48's produder Akimoto Yasushi revealed to the press that he was considering hiring other lyricists to write the lyrics for AKB48 songs.

He commented "I wrote 200 songs for the AKB48 group just last year. I think there will be more this year, so from now on I will not be the only one writing, and I hope to get help from talented lyricists."

Aki-P has been the lyricist for all of AKB48's songs since the group formed at 2006. Not only that, he also writes the songs for the sister groups and subunits, writing a total of more than 600 songs.

However since AKB48 became national idols 2 years ago, and also because there are new sister groups and subunits constantly being formed, he is not able to cope with the load. In the past, a Team would change the stage they are performing roughly in half a year. But currently Team A , K and B has been performing the same stage for almost 2 years. And lets not talk about Team S and SDN's stage...

Thus he decided to explore new options and possibilities.

Iconiq updated her official site with a 45second teaser of her new song "MAKE IT RIGHT" which will be used in a new commercial campaign for Sweet Magazine, stay tuned on the fate on this song maybe a new single or album, she had one listed a few months but was postponed.

it sounds good, her career is done though bitch has been teasing us for a whole damn year
source
photo source her tumblr: iconiq view


They will be releasing new single Lost The Way on March 7 and also will appearing in a new Ultraman movie. Trailer is above. (not sure if the single is the theme)

also you can listen to the preview of their new single here: 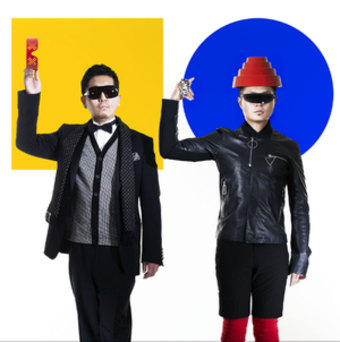 After 5 years, m-flo plan to release their new album, "SQUARE ONE" on March 14th, 2012. The album is set to release with a CD version (3150 yen) and a DVD version (3990 yen). The CD will include 15 songs and the DVD will have PVs and possible other videos, totaling to around 30 minutes of content. Contents are subject to change.

This is their first album with only VERBAL and ☆Taku since LISA left the group. They had previously been through the "TRIPOD Era" with LISA, and the "LOVES Era" when they collaborated with 41 different vocalists. The reason for the album name "SQUARE ONE", is that they are going back to the place they started. m-flo will use their influences and power from their activities of these past 5 years, concentrate those sounds, abilities and creativity to make "comfort" be felt in their "sound" for this album.

Any expectations or hopes for this album? I feel that this will have a laid back sound. A while ago though, Taku tweeted a survey for fans to answer. There was questions like, "Who would you like for us to collaborate with?" and such. Maybe for the next one. Earlier today, it was announced that Nippon Ham Fighters pitcher Darvish Yu (25) will soon be moving to the Major League. Darvish has signed a six-year deal with the Texas Rangers, who won the exclusive right to negotiate with Darvish last month by bidding a whopping $51.7 million. The contract itself is for about $60 million, meaning that the Rangers have invested more than $111 million to bring Darvish to the club.

Over the past seven seasons, Darvish has posted a 93-38 win-loss record, with a 1.99 ERA overall and a 1.44 ERA during the past season. He is a two-time MVP of the Pacific League and a five-time All-Star. He will reportedly begin spring training in February and is expected to make his first start in April.

Meanwhile, despite the big news of his contract, Darvish also made headlines today with the announcement that he and actress Saeko (25) have officially filed for divorce. They submitted the divorce registration today (January 19), and they updated their official blogs the same day to announce the news.

Darvish and Saeko married in November 2007, and Saeko gave birth to two children in March 2008 and February 2010. In November 2010, the couple confirmed rumors that they had entered divorce talks.

It is reported that Saeko has custody of the two children.

I hope she gets some/half of that cash feel sorry for their kids Texas is so faraway :(

This movie is set at a peaceful mountain village, which is home to a woodcutter named ‘Kishi Katsuhiko’ (played by Yakusho Koji). One day, Kishi somehow ends up helping a film crew who came to the village to film a zombie movie, and meets a faint-hearted rookie movie director named ‘Tanabe Koichi’ (played by Oguri Shun). Though the two avoided each other in the beginning, they gradually deepened their ties with to one another. The movie exhibits the strange, yet heart-warming collaboration between the villagers and the film crew.

love him, a little overrated but still hot

source all from here: http://www.youtube.com/user/giowvera?feature=watch

ALL THE TEASERS ARE OUT!
Collapse