It’s been revealed that GACKT will be releasing his new single, “UNTIL THE LAST DAY“, on February 22nd!

“UNTIL THE LAST DAY” is the theme song for the CG anime film, “Dragon Age -Blood Mage no Seisen-“. The film is based on the popular RPG game, “Dragon Age: Origins“, and is directed by Sori Fumihiko. GACKT, Kuriyama Chiaki, and Tanihara Shosuke provided their voices for the characters in the film.

“UNTIL THE LAST DAY” is described as a strong number that contains the film’s worldviews. The single will be available in two different versions: CD+DVD and CD-only.

When you purchase both versions, you can enter to receive a special DVD containing exclusive behind-the-scenes footage. Additionally, 50 lucky people will get the chance to win GACKT’s deluxe portrait in a frame.

Check out the cover jackets and track list below!

The amount of photoshop on the cover is kinda ridiculous lol. And I prefer the CD only cover :P

KAT-TUN's tour started today and why do you bring money to concerts for? Of course, the awesome con goods!

Are you guys gonna buy them? KAT-TUN worldwide are doing preorders HERE!
Also, this is not just all the pics of the goods. I have individual pics of the uchiwas, posters, clear files etc. and also shop photos. Feel free to tell me which one you would like to see and I'll PM you the pic. :)

this is catchy. though the She!Her!Her! part is a bit weird.
i can't recognize all their voices, are we finally hearing the others in this single?

Viewers who watched the show have made various comments about the performance online, such as "That was so cute!", "V6 is cute", "I keep repeating it", "This song might have a big impact" and "It made me smile."

everything about this is adorable.

Probably doesn't need to be another post about this, huh? I was curious how KAT-TUN members reacted/found out, so I wondered if anyone else was. ^^

Rock band GO!GO!7188 announced on Friday that vocalist and guitarist Yuu is leaving the band, and as a result, they will officially break up.

GO!GO!7188 was formed in 1998 by Yuu and bassist Akko, and they made their major label debut 2 years later in 2000 after adding drummer Turkey to the band. During their career, they released 8 studio albums, 3 live albums, 2 best albums, 2 cover albums, and 15 singles. In 2010, they took a break while Akko was pregnant, and the members focused on their solo activities in the meantime.

Yuu stated that she felt she had reached the limits of her ability to contribute to GO!GO!7188. Rather than forcing herself to continue with the band, she decided it would be better to withdraw. She did not mention her other band, Chirinuruwowaka, but it is assumed that she will continue her activities with them.

Here’s the latest episode of Korean ultra-nationalists’ ongoing struggle to force the world to use a Korea-centric name for the Sea of Japan:

Seoul officials plan to ask the International Hydrographic Organization (IHO) to adopt the Korean name of East Sea along with the Sea of Japan when the organization holds a general meeting in Monaco on April 23-27 to update its global charts this year. Currently, the IHO’s sea maps only refer to the waters as the Sea of Japan.

“We will never tolerate the sole use of Sea of Japan,” said the foreign ministry official handling the issue.

“The Korean government is preparing to cope with the upcoming IHO meeting with various scenarios in mind,” the official said on the condition of anonymity.

This policy is influenced by anti-Japanese sentiment. South Korea already uses “East Sea” on its maps, but some can’t stand the idea that foreign countries are using “Sea of Japan.” Although historical records show widespread international use of the name predates Japan’s opening to the world in the 1850′s, these Korean ultra-nationalists insist that the sea must be renamed because Japanese imperialists are responsible for the name.

They suggest that the entire world adopt the translation of their Korea-centric term for the sea. They’d probably want “Sea of Japan” totally removed from maps, but they’ve got to fight their battles one at a time. So the first step is to demand equal recognition of the English translation of the name that Koreans already use.

On February 11th, Johnny’s Entertainment’s 5 member group, Sexy Zone held their first solo concert in Tokyo at the Marunouchi Tokyo International Forum Hall A.  (The group debuted in November of last year.) Member Sato Shori (15) expressed with gratitude that “It was a promising start”.

Originally, the group intended on performing one show per day on February 11th and 12th at the venue, but because of unanticipated high levels of demand, they increased the number of daily performances to three.

Nakajima Kento (17) said enthusiastically, “I’ll perform at as many concerts as demanded!  I want to bring happiness to as many fans as possible”.  He gave a fresh showcase [with his fellow group mates] of 24 songs including the group’s debut song “Sexy Zone.”  During the concert, the group said “This is Valentine’s Day chocolate,” and each of the members proceeded to blow kisses at the crowd in a decidedly “sexy” manner.

The group will perform on March 29th and 30th at Yokohama Arena and on April  1st at Osaka-jo Hall.  Furthermore, the group revealed that starting in April, they will sing the opening theme of NHK’s E-tele anime “Nintama Rantarou” (Monday – Friday at 6:10 PM).  The group will sing “Yuuki 100%” for the anime.

The group also plans to release their 2nd single in April.

Fuji TV has announced that actor Odagiri Joe will be starring in a new drama called ‘Kazoku no Uta‘ next season.

It will be the seventh drama in Fuji TV’s relatively new drama time slot of Sundays at 9:00 p.m.; ‘Kazoku no Uta’ will also mark  Odagiri’s drama premiere on the network.

He will play the role of the once-popular rock musician ‘Hayakawa’, who’s been gradually fading into obscurity after the breakup of his rock group, ‘out of justice’. One day, he suddenly has to take care of three junior high schoolers who also happen to be his daughters.

After ‘Hayami-san to Yobareru Hi‘ and ‘Marumo no Okite‘, ‘Kazoku no Uta’ is expected to become another heartwarming and exciting family drama full of hardships, laughs, and love. Aside from Odagiri, the cast is also said to include Yusuke Santamaria (who will play his manager), Kanjiya Shihori (a photographer who falls in love with Odagiri), and Otsuka Nene (a former photographer from Odagiri’s golden days and the older sister of Kanjiya’s character). 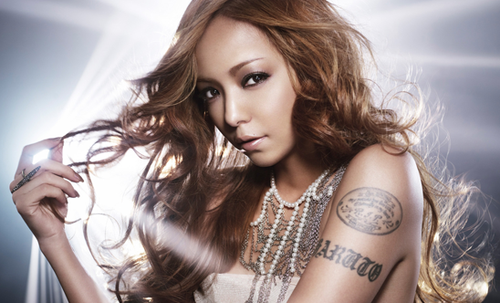 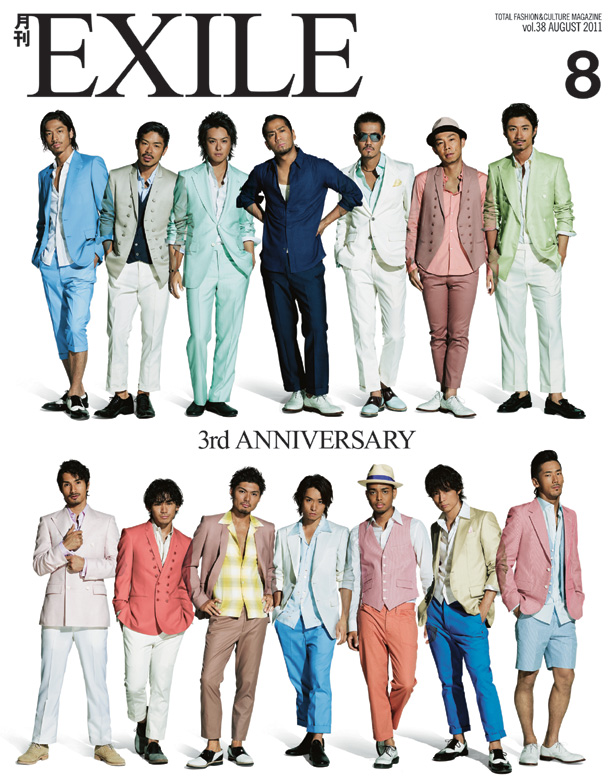 Songs by Namie Amuro and EXILE are the most popular requests for Valentine’s Day, according to research by karaoke company Daiichi Kosho.

“Love Story,” which was released by Amuro, 34, last December, is the No. 1 Valentine song by a female artist, while “Lovers Again”—a January 2007 release by EXILE—is No. 1 for male artists.

Well, what are your fav songs for Valentine's day? Mine is I'm In Love by GLAY

Sexy Zone performed this new song at their recent concert.
If You Wanna Dance is fierce and powerful. They did a really great job.
Also, congrats on the upcoming new single.
The song itself starts after a bit of a music and dance intro. Pony Canyon uploaded the covers and tracklists for Sata Andagi's sixth and new single 'Takaramono' that will be released on 3/14. This will be their first single since the retirement of their producer Shimada Shinsuke.

Deluxe Edition A will contain a Korean version of their song 'Kimi ga Suki' that was first released on the WE LOVE HEXAGON 2011 compilation. The song that will be reborn thanks to the first attempt of the guys singing Korean lyrics and a club sound is a must listen! Deluxe Edition B will contain 'Aishiteimasu' the long awaited solo debut song of member Matsuoka Takuya. As the straight forward title implies, the song is a sincere song of deep love dedicated to the ever supporting fans.

Source: OKokeydokey
Enjoy~~ Probably be gonna be taken down in a few days time too :D

Kuroki Meisa (23) is beginning to feel the first effects of being married to Akanishi Jin.

It was announced on the 12th that the planned March 4th special buyer event for Meisa’s album “UNLOCKED” has been suspended. Announced on her official homepage, reasons cited for the cancellation include being “due to physical condition, and considering various other circumstances”. Although her pregnancy was not announced officially, her agency stating “due to her physical condition” has led many to believe Kuroki is entering maternity leave.

In addition, her appearance on TBS’s music program ‘Kamisun!’ has also been canceled.

Kuroki recently married ex-KAT-TUN member Akanishi Jin (27), without letting their agencies know beforehand, leading to confusion for both their agencies.

Well, she still has her looks.

The group held 2 performances, attracting a total of over 8,000 people. Despite the cold weather, the girls cheerfully performed 4 songs while showing off their legs in jeans shorts.

During the event, Fairies announced that they will be releasing their 3rd single on April 4th. The single is currently untitled, but it will come in two different versions.

On a giant heart-shaped chocolate, member Nomoto Sora wrote “TOUR!!“, as the group’s goal for this year. “Since everyone comes to our events from afar, it’s our turn to go to them. We want to hold concerts in all 47 prefectures,” she expressed.

You can check the pictures on Tokyohive (the first source)