Not a bunch, but who cares when your about to disover Sally Miura and Norimasa Fujisawaa
and if you already know them, then your already aware of how  AMAZING they are!
I highly recommend you push the play button!


why does Sally remind me of Kana with chubbier cheeks XD
I am official a Norimasa Fujisawa fan<3 I shall post up his live when i find it!
Not a love song is my 3rd fav. from all these, and i am slowly loving jrock!

Follow up to this post. Perfume's new CM for Kirin, featuring their brand new song "Spring of Life"! The CM was entirely shot in Los Angeles, California. (CM starts at :25.)

Flawless and perfect! The girls look so pretty~~ This marks the start of a new era!! Can't wait to see what Universal will bring to them.

Preview snippets of songs taken from that digest include

Before starting the JAPONICANA tour, Jin talks about his recent film work, his new album and more.
Come March 9, Jin Akanishi will be back in Los Angeles for the start of his JAPONICANA tour. JaME caught up with the busy man to get his thoughts on his recent work and the differences between Japan and America.

THEY ARE OUT
( Collapse )
ahs

SPEED's Takako Uehara stars as a world renowned violinist, alongside Tsunehiko Watase as a detective, in the second release of the police drama SP~Keishichou Keigoka.

Synopsis:Assistant Inspector Takeuchi Koji (Watase Tsunehiko), who had failed to protect the prime minister as a security police, retired from the front line. One day, he is suddenly ordered by the Diet lawmaker Ishinabe Kiriko (Takahata Atsuko) whom he had guarded while cracking a bizarre murder case, to protect the famous young violinist, Washio Hanako (Uehara Takako). Hanako took lessons in Europe from a young age, and won awards at numerous international competitions that catapulted her to fame. On this occasion, she has triumphantly returned to Japan for a concert tour around the country. At the same time, Hanako has also been supportive of the democratisation of countries under military dictatorships. It appears that her life is being targetted by a country’s military rulers because of the political statements she reiterates. Hanako is always accompanied by her mother Sayoko (Katase Rino) who works as her manager, and Takeuchi finds himself at the mercy of women once again. In the midst of this, a bomb is planted at a concert venue and eventually Hanako’s step-father Otani (Katagiri Ryuji) who was Sayoko’s ex-husband, is murdered. Is this a warning from that dictatorship to Hanako? The case goes international, but the detective (Sugimoto Tetta) in charge of Otani’s murder seems to think that the culprit is someone close at hand … (Jdramas@wordpress)

It was revealed that 5-member group Sexy Zone’s Nakajima Kento has passed the entrance exam for Meiji Gakuin University (department of sociology), and will enter the university this April. Although Sexy Zone has a busy schedule, he will try to manage both his activities in Sexy Zone and his studies.

Noticing the great influence of media after the disaster, Nakajima decided to study sociology. He commented, “By understanding the mechanism of Japanese society, I would like to study what I will be able to transmit through music and acting.” Nakajima also stated enthusiastically that he would like to participate in news programs in the future, like some of his seniors and convey precise information to many people.

But I though he wanted Foreign Language? You know, like Porker Face. LOL. Congrats Nakaken! 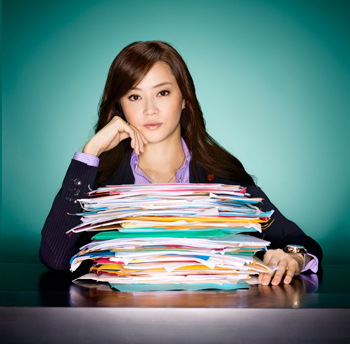 Actress and singer Alisa Mizuki (35) has landed another starring role in a drama series. This spring, she will play a police detective for the first time in "Answer: Keishichou Kenshou Sousakan" on Wednesday nights on TV Asahi.

This will be Mizuki's 24th starring role in a television drama series. Since 1992, she has starred in at least one drama series every year. "Answer" has been scheduled for TV Asahi's Wednesday 9:00pm time slot, which has a strong reputation for popular detective dramas, including "Aibou", "Keishichou Sousa Ikka 9 Gakari", and "Rinjo". 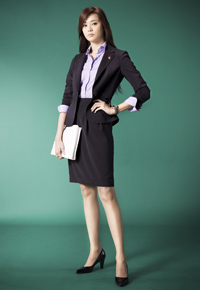 Mizuki will play the part of Akira Shinkai, an officer at police headquarters whose career has fallen off the promotion track due to a certain case. As a result, she gets assigned to the Evidence Division. Although the division originally played the critical role of re-verifying evidence in order to prevent the possibility of false charges, its duties now simply consist of stamping reports from the investigation divisions. While the other members in the Evidence Division have lost their enthusiasm for their work, Akira takes it upon herself to revitalize the team.

Supporting cast members have not yet been announced. The series will premiere sometime in April. 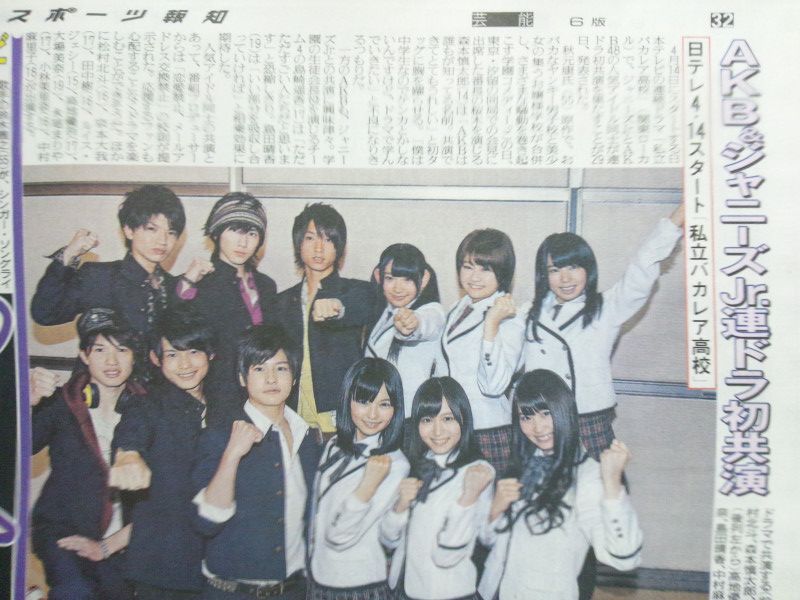 haven't been to a Johnnys concert, but i think i'd go for a chance to witness their gigantic production involving gazillion juniors, fire, water, colors, moving stages, and of course, the flying. In the singles chart, popular Johnnys group, Hey!Say!JUMP achieved their 9th consecutive no.1 single since debut with "SUPER DELICATE." The title track is currently being used as the theme song to the group member, Yamada Ryosuke's drama on NTV, "Risou no Musuko."

Except for the no.1 album, the top 10 looks pretty sad. At least the singles chart provides some cheer. And a very good performance by the top 5 music-DVDs released last week! Congrats to HI-STANDARD. :)


Are the links working for you guys? i had problems with the sketchbook
I love Ieiri Leo, Norimasa Fujisawa, & moumoon perf.<3
followed by j soul brothers & Sakura Gakuin
Alice Project impressed me as well even though they didn't perform lol

I like this better than her last single, but Bunny Days will always be my favorite. Also, her mouth will always bother me. I don't care what anyone says but that can't be how she moves her lips naturally.
Collapse