In the May 2012 issue of Lips magazine, Arashi's Satoshi Ohno shares his thoughts on his ideal woman, dating, and his favorite hobby- fishing.

Here are some excerpts from his interview. (translated by transitions101)

Although we have a clear idea of what he likes [fishing], when we asked about his preferred type of female…

Although it would make me happier if we had the same hobbies, it really doesn’t matter if they’re different… I think.

Even if it’s someone who turns you down when you invite her to go fishing?

I won’t be particularly worried about it. I’ll say, “So I’ll be going then~!” (laughs)

And how about if she says, “Which is more important, fishing or me?”

Ah… That’s bad. Although I would answer, “Both are important.” (laughs)

So how about Ohno-san’s ideal date?

I would like us to enjoy fishing or playing with radio-controlled models together. If she hasn’t tried it before, I would teach her. I think I like teaching. I’m really happy when the people whom I have taught rapidly improve. However, I don’t go into details, since I myself don’t like being lectured on various things. I’ll just teach the basics, and then take the stance, “In any case, just enjoy yourself.”

Ever wondered who has the biggest penis in the Japanese entertainment industry? Well, wonder no more as this TMI article tells you all you ever want to know about famous people’s bacon rods. 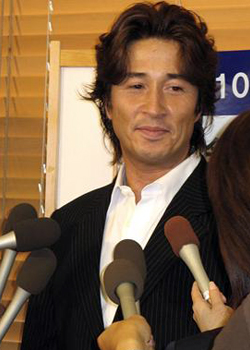 Rumor has it the guy with the biggest peen in the business is Haga Kenji (he has retired from acting but he is the Japanese voice of Aladdin.) People have said that normally, his jr. is 20cm, and when fully erect, it can get up to 30cm (~12in for the metrically challenged.)

On April 4th, rock band B’z distributed their new song, “Into Free – Dangan –“, in 51 countries through the iTunes Store and announced that they will hold a U.S. tour starting on September 17th – thus revealing their upcoming activities overseas.

“Into Free – Dangan –“, also the theme song for Capcom’s game “Dragon’s Dogma”, has been revealed as an English remake of their 1998 single “Samayoeru Aoi Dangan”. Other than the iTunes Store, they have also distributed this track through BEING GIZA STUDIO, Recochoku, music.jp, and dwango.jp as well. In addition to this new song, B’z started the distribution of their 50th single “GO FOR IT, BABY -Kioku no Sanmyaku-“on the same day as well.

As for their U.S. tour, B’z will start with a performance in San Francisco and then work their way through the country with a total of seven performances including concerts in Seattle, New York, and Los Angeles. Today we're excited to announce a new collaboration that brings together two different worlds together for something truly unique. Featuring in the latest issue of Arena Homme+, your favourite characters from FINAL FANTASY XIII-2 dispose of their casual clothes in favour for something from the latest Prada 2012 Spring/Summer collection. Dressed to impress, Lightning, Noel, Snow, Sazh and Hope are aiming to look their best for the FINAL FANTASY's 25th Anniversary celebrations.

'Cause real models are too ugly tbh!!! I kinda love this ngl.

or you can see at Tudou

her best song to date tbh The Kalafina official site today announced that Kalafina will sing a new song, titled moonfesta～ムーンフェスタ～ which will be used in NHK’s children music program Minna No Uta between June and July, 2012. However there has been no mention of single release yet. Click here to visit the show’s official site.

Kalafina member Keiko expressed her joy on her official blog saying, “How this new song will be felt by everyone, I’m nervous, yet very excited at the same time!”

moonfesta～ムーンフェスタ～ will be written, composed, and arranged by Kajiura Yuki, who has continued to produce Kalafina’s songs since their debut. This song will be featured alongside a video by Oomomo Yousuke and Kawano Hiroki from The Department of Animation of the Graduate School of Film and New Media at Tokyo University of the Arts. Popular actor/singer-songwriter, Fukuyama Masaharu has reached his 14th no.1 single with "Ikiteru Ikiteku." The title track is the theme song to the hit animation movie, "Eiga Doraemon Nobita to Kiseki no Shima ~Animal Adventure~," which has been the no.1 movie for 5 non-consecutive weeks. As a theme song for a Doraemon series or movie, this is the first time it has topped the chart in 28 years. This is also Fukuyama's 5th consecutive no.1 single starting from "Keshin" (released in May 2009).

Meanwhile, Johnny's group, Kis-My-Ft2 achieved their first no.1 album with their debut album, "Kis-My-1st." Following their 3rd single release last week, "SHE! HER! HER!", they have topped the single or album chart 2 weeks in a row. The last time a debut album by a male group or soloist reached over 200k copies sold in the first week was 6 years ago with KAT-TUN's "Best of KAT-TUN" (released in April 2006) which sold 557k in the first week and 750k in total.

queen, superflawless, slayed, better than all your faves, etc

On April 3rd, actress Toda Erika (23) and actor Kase Ryo (37) made an appearance at the ‘Haru ni ShoTen! SPEC Festival’.

Nogizaka46's 2nd single, scheduled to be released on May 2nd (also rivaling Sashihara's single), will have 4 types; Type A, B, C, and Regular Edition. The single will include a 4 member unit song "Guuzen wo Iiwake ni shite", which was previously performed on the latest episode of Nogizaka Doko. The members for the unit includes Shirashi Mai, Hashimoto Nanami, Takayama Kazumi, Matsumura Sayuri (basically the rest of kami7 that are not centers for the single).

It will also include 33 special videos starring each member of the group, which was the same tactics used for their first single. Sashihara on the other hand will challenge that with 33 dating simulations.

( Collapse )
source : 1
Cheeky Parade updates! Their "Chikipa Tsushin" series on youtube has been continuing. Watch them goof off, practice, and perform! Each is a nice watch.

Cheeky Parade held a live on 4/1 which included the selling of their debut indie single, Cheeky dreamer. It sold 5,000 copies.

Cheeky Parade and SUPER GiRLS will be modes on the weather app, Bijin-tenki. The app has images of cute girls holding black boards in which the weather is displayed.

On 4/8, Cheeky Parade will be in a live stream on niconico. Other groups shall be participating as well, including SUPER GiRLS, C-ute, Up Up Girls, Dorothy Little Happy, Denpagumi.inc, and Baby Metal.

I love it but I think "LOVE" and "Mannequin" are better...
Anyone know the song?

tousan_yamete because she loves them too much ^^

I don't think that anyone has shared the scans but anyway here is aya looking sexy, gorgeous and seductive. I suppose it's the new image she was talking about in 2011.And also BLT scans <3 (she looks so cute in them)
( Collapse )
credits: i-bbs ueto bank

Did you think you wouldn’t get to play Pokémon + Nobunaga’s Ambition? Think again. Nintendo and The Pokémon company announced today that the game will be released in North America as Pokémon Conquest this June.

Pokémon Conquest is developed by Tecmo Koei games and pairs Nintendo’s popular creatures with fantasy versions of warlords from Japan’s feudal era. The player can choose to play as either a male or female character, and the game contains nearly 200 Pokémon in total.

Pokémon Conquest will be released for the Nintendo DS on June 18th.

A 55-second trailer has also been revealed:

omg thank you NOA! Definitely looking forward to this.

Ngl, I'm one of the few who loved the original, and I think the Japanese version is super cute. The PV is super kawaii too. I don't care if they're flops tbh, still love this song! Their Japanese isn't THAT bad either... I mean, it could be worse. *cough2ne1cough*

On April 4th at 3 P.M. JST, AKB48’s Maeda Atsuko (20) made a formal announcement regarding her graduation and her participation in the ‘AKB48 27th Single General Election’ (to be held on June 6th at Nippon Budokan in Tokyo) through AKB48’s official YouTube channel and her Google+ page.

In the wake of her graduation announcement, Maeda initially rejected all questions regarding the full details of her graduation as she hoped to convey her feelings in own words. Now, in this 7-minute statement video, she unveiled her feelings regarding her graduation and her activities as AKB48’s ace up until now. As she hopes to “take the next steps” in her life, ultimately, she stated, “At this point and time, a concrete date for my graduation has not yet been decided, and we are still discussing when is the best time to do so. However, I will be withdrawing from the general election. I’m sorry.” She concluded, “Although I only have a short time left as an AKB member, I hope you will support me even after my graduation. I would be happy if you can. Above all else, please support AKB48 with me.”

On top of this official statement, Maeda will also appear in front of her fans for the first time since her graduation announcement on the same day at 5 P.M. JST at Fukuya Shoten in Shinjuku Subnard where she will hold a commemorative handshaking event for her recent photo album ‘Bukiyou’ as well.

More details will be revealed in the next coming days so until then, check out her video statement below:

OP: i found a video with subs so i thought i would leave it here. while i'm sad acchan is really leaving, i'm excited for the sosenkyo now tbh, i wonder where acchan's voters are going to vote!

also first time posting so please bear with me! 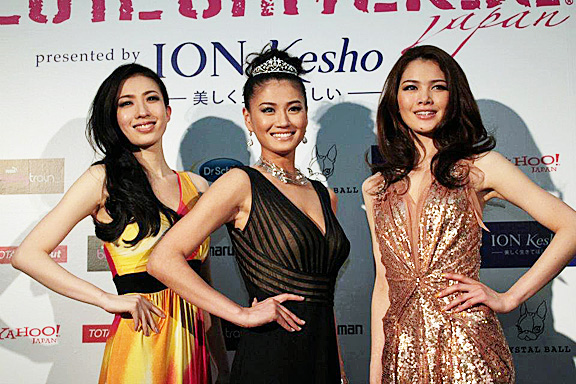 1st Runner Up is Sora Yoshimura and 2nd Runner Up is Yukimi Matsui. Completing the Top 5: Emu Shimizu and Tomomi Kondo. 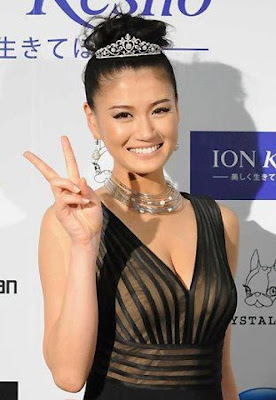 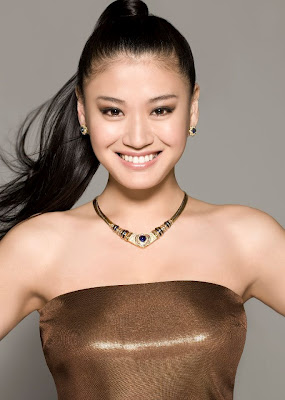