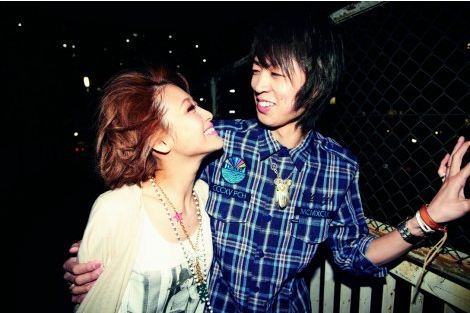 Model Suzuki Nana (23) revealed her boyfriend Saio in the May issue of fashion magazine, ‘Edge Style‘.

Along with photos of the couple kissing and embracing each other, the magazine features a “marriage proposal” from Suzuki herself.

Suzuki’s relationship with her boyfriend has been known for some time now, but this is the first time she is exposing his face to the public. The two were classmates back in junior high school, and they started dating when they were both 20-years-old.
Now in the 3rd year of their relationship, Suzuki revealed, “He works at a factory in his hometown. I fell in love with that reliable part of him.”

The Japanese radio station Tokyo FM and Sanrio announced on Tuesday that Sanrio’s Hello Kitty character will host her own radio program titled “Hello Kitty’s Room supported by Sanrio” starting on April 6. It will be the character’s first radio program.

On each program Hello Kitty will host a guest and ask the guest questions and for a comment. The first broadcast will host the all-female rock band Negoto. The mini-program will be broadcast on Fridays from 6:25-6:30 p.m. in Japan.

On April 5th,the new Fuji TV drama ‘Kagi no Kakatta Heya‘ held a press conference in Tokyo, where they announced Arashi’s upcoming single “Face Down” has been chosen as the drama’s theme song. The protagonist of the drama, Ohno Satoshi, attended this conference with co-stars Toda Erika and Sato Koichi.

With “Face Down”, Arashi set a new record by providing the theme songs for a ‘Getsu9′ drama for two seasons in a row. Last drama season, the group’s 37th single “Wild At Heart” was the theme to Matsumoto Jun’s drama ‘Lucky Seven‘.

At the conference, Ono commented on his single “Face Down”, “Fitting in well with this drama, the lyrics are mysterious. That is brand-new for us. Arashi has been singing many kinds of songs, and this new single makes me feel like we’re seeing a new side of Arashi.‘ Sato Koichi agreed, “The song goes well with the drama“, while Toda Erika stated, “This is a really cool song. I makes the drama world seem like it’s expanding, and it raises my spirits.”

This mystery drama is about Emoto Kei, played by Ono, who is an employee of a major security company. He’s requested to solve mysteries related to cases that are only known of behind closed doors. Toda’s role is Aoto Junko, a beautiful lawyer who helps out with the mystery solving. Soto will play the role of elite lawyer Serizawa Go, who belongs to the same company as Aoto.

It’s been revealed that 7-member idol group Fairies will be turned into a manga!

This was announced during Fairies’ release event for their 3rd single, “Beat Generation / No More Distance“, at Ikebukuro Sunshine City.

The manga will have the theme of “dance”, and its story will revolve around junior high school girls, who learn the importance of chasing dreams from Fairies. It will start its serialization in the August 4th issue of manga magazine, Margaret.

Editor-in-chief of Shueisha, Sawano Yuji, decided to make this manga when he heard that dance will be introduced as a compulsory course in junior high schools nationwide. “When I heard the news, I started to feel agonized thinking about whether I could make a dance manga,” he explained. “Fairies, who display wonderful dancing, are perfect as the heroines. I will do my best to make this a manga that will make readers think, ‘dance is fun!’.”

On this day, the girls of Fairies performed four songs including “More Kiss” and “Beat Generation”. "Into Free -Dangan-," the band's newest single as well as the opening theme to CAPCOM's Dragon's Dogma video game, was recently released in 51 countries via the iTunes store. The band's 50th single, "Go For It Baby -Kioku No Sanmyaku-" was also released on Wednesday. On April 5th, popular duo Kobukuro announced through their official website that they have officially resumed their activities!

Sakata Minosuke, who is CEO of Office Kobukuro wrote, “We resumed our activities as Kokukuro in April. We are still to decide on any concrete details regarding our appearances in front of everyone.”

Last August, Kokukuro announced that they would be going on hiatus due to member Kobuchi Kentaro’s poor health. He was diagnosed with dystonia, and were told by doctors that he required at least a 6-month recovery period. This news was announced during the final night of the duo’s nationwide tour in Hokkaido.

During their period of hiatus, Kuroda Shunsuke received treatment for his lower back pain, which worsened while they were on tour.

According to sources, Kobuchi’s condition is near complete recovery. Currently, the duo are going to voice training, and they have started to hold meetings to prepare for their official comeback.

Yep,They will come back !! XD 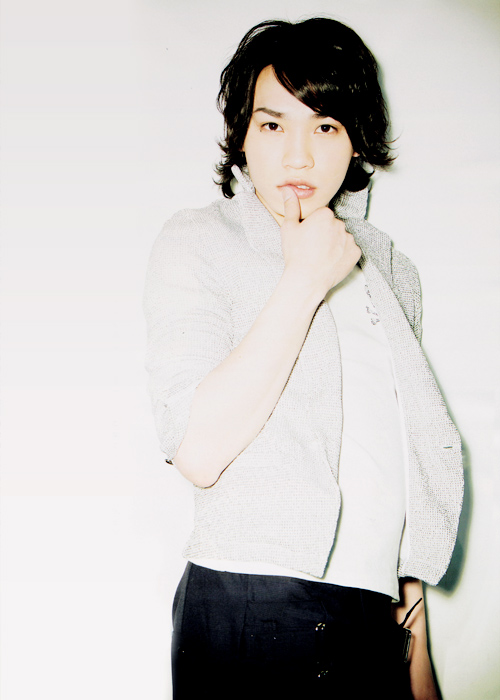 Kis-My-Ft2, who has recently hit #1 with their single, "SHE! HER! HER!" on the Oricon charts and dominated half of the Recochoku Chaku-uta top 10 with songs from their new album, is an unstoppable force these days. With the announcement of their new variety show, the boys are being labeled the "second SMAP" and it seems from here on out their exposure will only increase.

One member of the group, Nikaido Takashi, who may play a somewhat subdued position in the group, has recently been the topic of many fan discussions over a certain visual point.

"Frankly, there are questions arising about him having a fake mole. Beneath his eye there is a large "tear-mole" and many say it's a "sexy" or "amorous," charm point it seems like the mole is fake. Several years ago, the mole appeared suddenly, but because it seemed done with his own hands, depending on the day it looked darker or lighter, bigger or smaller, and sometimes it even disappeared. Fans are very bothered by this," said a Johnny's Entertainment reporter.

In photos and videos, sometimes skin is corrected to eliminate blemishes and freckles, and it's possible that the mole could have been erased through those methods, not he himself drawing on or forgetting to draw on his mole. But nonetheless, longtime Kisumai fans have decried the mole as being a "hindrance," and asking "Why would they do such a pointless thing?" Others have said "It doesn't suit him" and the mole is becoming extremely unpopular.

"They're doing it to up his business fortunes," "His face isn't special so they did it to add character," and other speculations have been flying about the reason behind the fake mole. Some are even going as far to say that the mole has been tattooed on recently, but at the end of the day we still do not know the truth behind it.

A "tear mole" (nakibokuro) is said to be a symbol of a person with "heavy emotions, and is tender-hearted" and other JE idols such as Takizawa of Tackey & Tsubasa, Nishikido Ryo of Kanjani8 and singer Fukuyama Masaharu also have the "tear-mole." And if one thinks about the amount of popular celebrities with it, it definitely could be something used to up one's charms. One has to wonder if Nikaido's fortunes will follow the same path.

haters are pressed they dont got a sexy nakibokuro tbh! 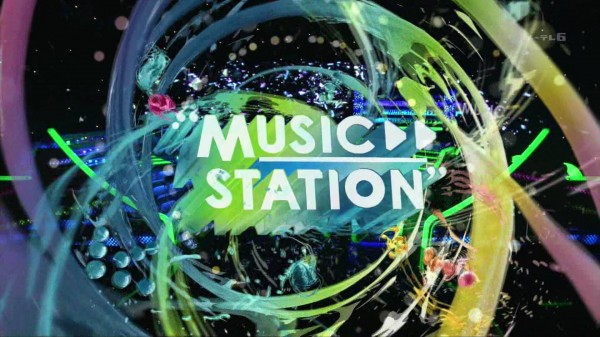 If I make a mistake, please feel free to correct me. I really want to do a sakura/cherry blossom appreciation post...

Rooting for Dots all the way! Also good luck to Sound Horizon and ClariS, as well as Perfume and AKFG. :)

This week's performances are (in order of broadcast):

No show next week. These 2 best-of albums will come in two editions: limited edition with PV collection DVD, and regular edition. Both edition will enclose a 56-page booklet.

Moreover ,one of new song ,End of the day , in their new triple a-side single is out !!

Starting from AKB48, various entertainment agencies have given birth to numerous idol groups from Momoiro Clover Z to Fairies.
With this idol group phenomenon in mind, goo decided to ask its users, “Which female idol group will have their big break this year?”
Also for this ranking, all of the idol groups listed below shared their recommended tracks for first time listeners. In addition, the idol group who topped this ranking provided a special thank you message to goo users for voting them into the first place.
Check out who came out on top below!

I'm rooting for MomoClo, tbh. Not sure SKE48 should be on the list. I don't think they're at 'waiting for their big break' status.

In the shooting of new TBS drama [Shiritsu Bakarea Gakkou], Takaki Yuuya got celebration for his 22nd birthday. Takaki who was surprised, felt very happy when he saw the cake, then he said [Hooray!] while showed his guts pose. Moreover, when Morimoto Shintaro asked Takaki [What present do you want?], Takaki replied [The thought is enough].

kinda hurts seeing Shintaro coz he looks so much like Ryutaro, double the fact he works close with HSJ & i'm sure Shintaro, Juri & Taiga will debut. It's Ryu's bday today. Myojo greeted him as well.
anyway, Takaki Yuya looks fineeee...

Idol dance unit Happiness announced they will release their 4th single “We Can Fly” on May 16th and now, the PV has been released!

The is a strong track for Happiness, and girls display powerful dance choreography in the PV.

This Single will be releasing on April 25th!

Haru Uta is the theme song  to the upcoming animated film, “Meitantei Conan 11-ninme no Striker“,