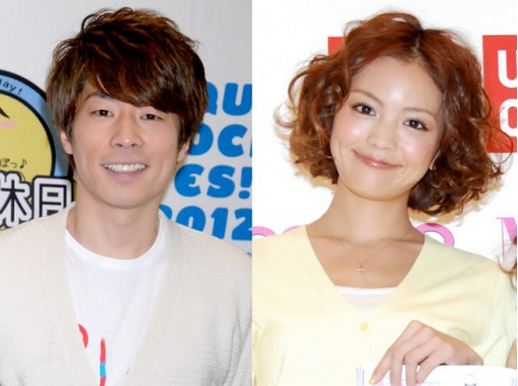 Tamura’s relationship with Yano was first reported last August, and around New Year’s, the two were seen vacationing in Hawaii.

also had no clue his b-side ONE got a PV!!


love it better than Orange Range by a mile <333

though instead of a cover pv,they should have made a pv for lonely tears

I like her and I love this song, she would be the perfect Disney kid tbh
also wonder if she filmed this is in her hometown....

Se7en will be starting overseas promotion with the release of a new single in Japan.

Earlier today, YG Entertainment shared that Se7en will release a new single, “Love Again“, in Japan on the 25th.

On April 7th, the cast of the movie ‘SPEC~Ten‘, including the two lead actors Toda Erika and Kase Ryo, attended the opening day stage greeting for the film at Toho Cinemas Roppongi Hills in Tokyo.

The very high popularity of the ‘SPEC’ series was evident by the large number of fans who tried to get into the overcrowded venue. After a nationwide PR campaign, the opening day of the long-awaited movie that is going to end the series, which already branched into a drama serial and a drama special, finally came.

During the event, the audience was surprised by a very exciting announcement. It was revealed that Masi Oka (‘HEROES’) has began working on a remake of the popular Japanese series into a US TV drama. It’s said that Masi Oka thinks that ‘SPEC’ has high potential of becoming a global hit and already sent his offer to the Japanese team / production crew after the final episode of the drama aired on TV. Apart from the tokusatsu series, there has never been a US remake of a Japanese drama before.

On April 6th, actor Oguri Shun made a guest appearance on Nippon Cultural Broadcasting’s music chart program, ‘Supacan!‘, where he made his first comment about his wife, actress Yamada Yu.

Oguri was invited by radio personality Muro Tsuyoshi to the ”This Week’s Friend” segment on the program. When Muro asked, “Shun-chan, do you have someone you love?“, Oguri responded, “Me? I love my wife. Of course!”

He also revealed his desire to become a father saying, “People in my generation are getting married and becoming fathers. When I meet with them after a long time, I feel they’ve become manly, and I become envious of them.”

Oguri also expressed that he is rather fed up with reporters always chasing after him. “We have professional jobs. We have to deal with various things. However, [the reporters] are unreasonable, just throwing straight balls at us. In that situation, I feel, why should we talk about it?”

He continued, “I’ll talk if I’m asked at a place like this. Here, there is nobody that can hurt me.” Emi Maria (24) has announced her marriage to fellow musician rapper SEEDA (32) . If you don't know SEEDA, he is a popular underground rapper who had some mainstream success, he also known for his rap beef with Verbal and the Teriyaki Boyz. Anyway expressing her joy over her engagement he also revealed she is pregnant with their first child. She waited to announce the pregnancy and marriage until she was stable. She is also working on new material for a new album and will continue with her music activities.

OMGGGGGGG! I AM SO HAPPY FOR HER!!! ;--;
I don't think this a shot gun wedding what so ever, they make an odd yet really adorable couple

The 2nd phase of Espresso Tea CM starts airing on 4/7. There are 3 new CMs with the concepts: Banana, Ball, Attitude. 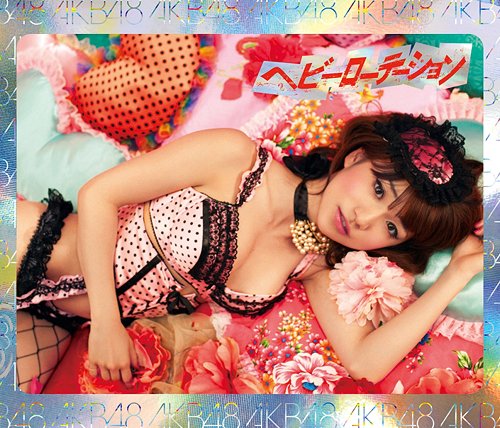 Recochoku conducted this poll with a range of 1351 people. The information about the theme songs has also been updated, the opening will be Shake It Up by Kis-My-Ft2 and the ending will be 右肩 (Migikata) by Maeda Atsuko.

It’s been a little over a month since the disbandment of Tokyo Jihen, and now, Shiina Ringo has officially resumed her solo career! She will be providing her new song, “Jiyuu e Michizure“, for the upcoming drama, ‘ATARU’.

Shiina wrote this new song to match the drama’s content after receiving multiple requests from the production staff. It’s described as an uptempo rock song that can be described with the phrase, “strong fire”.

“Jiyuu e Michizure” will be released in Chaku-Uta form on April 15th, which is also the opening night of the drama.

Rock band GLAY has announced a new single for May 23rd titled “Bible”.

The single’s title track will be the theme song to their upcoming two-day ‘GLAY STADIUM LIVE 2012 THE SUITE ROOM in OSAKA NAGAI STADIUM’ to be held on July 28th and 29th.

“Bible” will come with two coupling tracks. The first is a new song called “Ano Hi no Shounen”, and the second will be a previously release digital single titled “Thank you for your love”.

The limited edition will include a DVD featuring the music video and making-of “Bible”, plus footage of their April 1st “GLAY HIGH COMMUNICATIONS TOUR 2011-2012 ‘RED MOON & SILVER SUN‘”.

On April 6th, Oricon revealed the results of their survey and unveiled the most anticipated drama of the upcoming season.
( Collapse )
Collapse