On the other hand, Cyzo reports rumors that a new Johnnys group would be formed from the Junior cast members of the upcoming Shiritsu Bakaleya Koukou drama with Morimoto Shintaro, Tanaka Juri, Kyomoto Taiga, Jesse Lewis, Matsumura Hokuto and Koichi Yuugo, which gives the possibility of a debut.

i can see this group happening, but debut would probably take a few more years. & this drama could be really cheesy, but Takaki is too hard to resist

Leader Keiichiro Koyama announced on his radio show a special countdown which will appear on official JE site, which you can find here
It is the number 4-colored/ empashized countdown clock
Countdown ends April 15, 00:00JST
According to japanese fans the swf of the countdown is named "ALBUMSINGLE"

OMFG, I'm sorry if this turns out otherwise, but yeah, so we can wait together! O-M-G if this is really gonna be their comeback!
#prayshard

Shiroi ringo no hana  remains my favorite from hers<3 but aishiteru is great too!!

Harajuku Fashion Walk is a fun and colorful Japanese street fashion event which we (Tokyo Fashion) have been covering since the very first one. Originally conceived as a one-time super kawaii street party by Sebastian Masuda (the founder of 6%DOKIDOKI & Kyary Pamyu Pamyu’s art director), the event was subsequently taken over by group of Harajuku kids and turned into a bi-monthly event. Every two months, 50-100 colorfully-dressed young people meet up in Harajuku and parade through the streets together, making friends – and lots of smiles – along the way. Harajuku Fashion Walk is produced for Harajuku Kids (including you “Harajuku kids” all over the world) by Harajuku Kids.

Edit: I just added the link to their official blog

As a response to the interesting discussion sparked by this post about the death sentence of the "Black Widow Killer", I thought this would be a relevant article to post:

NEW YORK — Japan's decision to hang three prisoners after nearly two years without executions has been severely criticized by Amnesty International, which calls it a "retrograde step." Justice Minister Toshio Ogawa authorized the executions of three men, stating that this was his "duty" as minister. "Justifying acts which violate human rights as a 'minister's duty' is unacceptable. Rather, it is the responsibility of leaders to address crime without resorting to the ultimate cruel, inhuman and degrading punishment," said Catherine Baber, Amnesty International's Asia-Pacific Deputy Director.

In the Group of Eight leading economies only Japan and the U.S. carry out the death penalty. Capital punishment has a long history in Japan. In the fourth century, under the influence of the Chinese judicial system, Japan adopted a system of different punishments for different crimes, including the death penalty. During the Muromachi period, which run from 1337 to 1573, extremely cruel methods of execution were used. Among those were methods were upside down crucifixion, impalement by spear, sawing, and dismemberment with oxen or carts.

( Collapse )
I honestly don't think this was a very persuasive article, but it was still interesting to read. I wish the writer had delved more into the financial burden placed on taxpayers who must pay for people to live on death row for DECADES- it’s another core reason why people are against capital punishment. Also, anyone interested in the  compensation for exonerated prisoners in the US checkout this article and for an update of the latest US state seeking to abolish the death penalty, check this out. 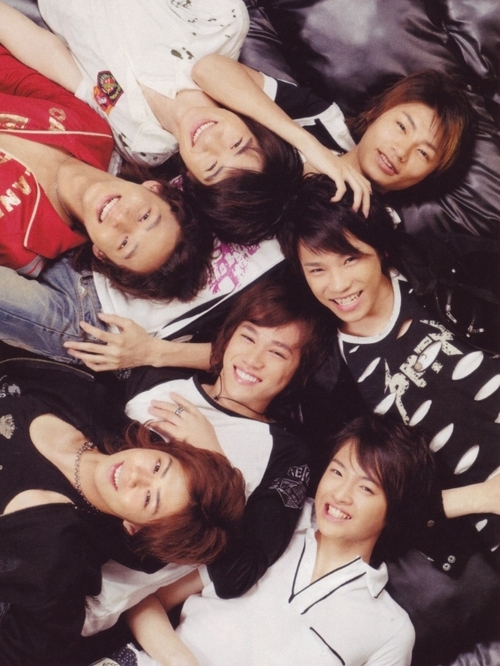 Idol group Kis-My-Ft2 recently began their venture into the variety show world with "Hamakisu" (Asahi TV, Wednesdays at 1:21am) on April 4. A historical first for Japanese television, the show has a "variety school" concept, where comedian Hamaguchi Masaru of duo Yoiko will teach Kisumai the fundamentals of variety performance. The boys will have a special guest every week and attempt to become "variety masters" in the process.

"SMAP, who debuted at #2 with their first single and wasn't that popular at first, did a late night Fuji TV show with Moriwaki Kenji and Moriguchi Hiroko called 'Yume ga MORIMORI' which made their popularity catch fire. This laid the foundation for them to become the national idols of Japan. They didn't have much stand-out talent in terms of dancing or singing, but they cultivated a 'variety strength.'"

"Using comedic short stories, mimicry, cross-dressing (t/n: smh) and other tactics to show their honest selves, they drew in a lot of people. That method is going to be a big thing for Kisumai, who doesn't have much character ability yet. We are expecting a lot to see how far they can grow."

"Other than Kanjani8 and others with the tempo and sense of comedians, it's necessary to have other tarento to grow that variety show feeling. Like V6's 'Gakko e Ikou!' (TBS, defunct), or Kinki Kids' 'LOVE LOVE Aishiteru' (Fuji TV, defunct), they were supported because of this. This time with Kisumai, using a veteran like Hamaguchi and utilizing guests well might be a solution."

A special preview of their show that aired on March 23 showed their variety tactics, with Untouchable Hamasaki teaching in a segment where the boys had to detect a fake onsen among real ones and talent Robaato teaching the boys while they crossed a high bridge over water. These segments showed their bravery and courage.

Kisumai, who, at the start of their debut was plagued with comments like "Their looks are below-average," "There isn't a handsome one among them," and "They're doing roller skates these days?," have now, in addition to their variety ventures, done their first CM for "Watering Kissmint Gum" in which their were dressed as women, which has been part of the reclamation of their fame. From here on out we are wondering if they will be able to grow into super idols of Johnny's Entertainment who will carry the whole company on their backs.

BunnyMitsu is ready for his closeup!!

Didn't realise that there was going to be a PV but I'm glad they used backstage footage :D
Also /cough

Part one is posted here
Apparently I received some false information last update, as Chikipa are no where close to 5,000 sales yet.

Updated today, their official blog has announced they will receive their major debut as soon as they reach 5,000 sales for their indie single, Cheeky dreamer. As of the eleventh, they are at 800 out of 5,000.

This single is only sold at live events.

On April 12th, it was revealed that R&B singer Crystal Kay will be making her world debut! She will be participating in Asian American hip hop quartet Far East Movement’s upcoming album, “Dirty Bass“, which is scheduled for release next month in May.

Crystal was born in Yokohama to an African American father and Korean mother. At the age of 13, she made her singing debut, and has been active in the Japanese music industry ever since. Last year, she transferred to Universal Music Japan’s label Delicious Deli Records.

The members of Far East Movement are all American with Asian ancestry (and a few members are Korean). Their 2010 hit song, “Like a G6“, held the number one spot on the US Billboard Hot 100 Charts for 3 consecutive weeks, making them the first artist of Asian descent to achieve this feat.

Far East Movement’s upcoming album, “Dirty Bass” will also feature Justin Beiber, Korean singer Jang Geun Suk, and LMFAO. The song Crystal will be participating in is called “Where The Wild Things Are“, and it was recorded in Los Angeles.

On her participation, the members of Far East Movement commented, “Her vocals are wonderful. There was no mistake in choosing her. She was able to blow in a wild wind full of energy.”

As mentioned above, the album will be released worldwide sometime in May. It’s been 13 years since a Japanese artist last participated in a worldwide release CD. The last was B’z with “Asian Sky” in Steve Vai’s album, “The Ultra Zone“.

Crystal expressed, “I was so happy that I started dancing. It’s like a dream to have my name on a foreign artist’s CD. Using this chance, I want to become a singer that can give appeal to the world.”

OMG!! HER FIRST STEP TO WORLD DOMINATION!!!! YES I KNOW IT IS JUST FAR EAST FLOPS BUT STILL!

my Transform and Dear My Future - Mirrai no Jibun e are the Ending and Opening, respectively, for the Pretty Rhythm Dear My Future.


amazing pv, best jrock one I have seen all year

Misuchiru's first single in 3 years, bring it on! The track "Inori ~Namida no Kido" is now the RIAJ digital weekly chart champion for 4 weeks in a row, becoming the only other song besides GReeeeN's "Haruka" to have had as many consecutive weeks at no.1. The song is big! XD 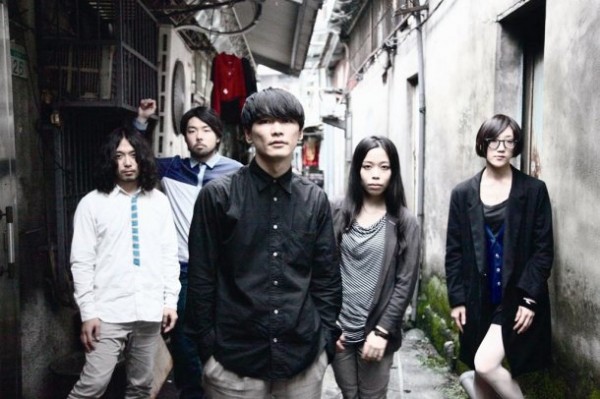 The band collaborated with dancer JONTE’, who’s been in charge of choreography for top artists such as Beyonce and Janet Jackson. In the CM, JONTE’ will show off his dancing to Sakanaction’s new song. The release date for the song has not been determined at this time.

Sakanaction’s “Boku to Hana” is currently the theme song for the drama, ‘37sai de Isha ni Natta Boku ~Kenshui Junjo Monogatari~‘, which started airing on April 10th. The song will be released on May 30th and is now available in Chaku-Uta form. 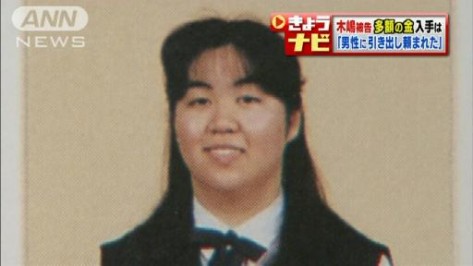 “The ruthless crime of murder is extremely serious, and in this case it was repeated,” presiding judge Kazuyuki Okuma said in handing down the sentence. “The loss of three precious lives does not allow for serious consideration of another option.”

All told, the lay judge trial ruled Kijima to be guilty on ten counts, with fraud and theft also included.

Kijima met multiple men through matchmaking sites and quickly engaged in relationships not long before they died under suspicious circumstances.

Popular personality Sasaki Nozomi’s beauty is praised by many for her looks, but her work in variety TV shows and dramas have not been received well. It seems part of the reason is that she cannot read the Kanji on cue cards.

Her ability to talk eloquently has been put into question for a long time already, “But it’s not just about her talking abilities.” Said a TV insider.

“There were actors and actresses who studied their asses off when they can’t read Kanji, and made their managers drill them on Kanjis, but it seems that Sasaki is not as motivated when it comes to that area.”

Another TV insider also added, “She is the worst when it comes to treating the staff on TV productions. She only talks to producers or people in power, she ignores the rest of them.”

If she keeps her attitude up, she might just disappear from TV all together.

Sasaki didn’t go to high school, and even though she went to middle school, she was not a regular attendant. When she showed up on graduation, everyone was surprised she even go that far. If she wants to continue on with her career, it’s best that she buckles down and learn how to read. If not, maybe it’s best for her to retire and get married.

i really want that white jacket of Chinen. where's the whole of JUMP?