As we reported, Johnny’s Entertainment had had a countdown on their official website, and the mysterious count down officially stopped on April 15th at 12:00AM. When the timer hit 00:00, the huge clock turned into a silhouette of 4 people with some background music. Many people could not see this as the website servers were swamped by people trying to access the site.

Matching up with many fans assumptions, there’s some good news for NEWS fans as it seems the information was about NEWS. The silhouette picture matches up exactly the same as their profile picture on Johnny’s website.

After Yamashita Tomohisa and Nishikido Ryo withdrew from NEWS back on October 2011, fans were hardly able to see their activities as the new 4 member NEWS, Koyama Keiichiro, Kato Shigeaki, Masuda Takahisa and Tegoshi Yuya.

There is no more details and Johnny’s website is currently inaccessible, so stay tuned for more details!

Congratulations for all NEWS fans who had been waiting for this moment!

This might be a preview for their new song:
( Collapse )

lol, i don't know if I should cry or be amused that the server crashed when it hit 00:00:00. I can't hear a thing!
The K-chan radio show on Tuesday (or the 4-nin NEWS radio guesting today?) will probably be able to clear more things.
Some people are saying it's gonna be a new single and a BEST OF ALBUM. Not officially confirmed though.

Radio rip of NMB48's 4th single Nagiichi due for release on May 9th.

Now that AKB48’s Maeda Atsuko has announced her graduation, could the girl also be out prowling for a hot arm candy? It seems that she has already chosen her target...

Maeda has announced privately that she’s on the look out for a cute boyfriend, and she’s not particularly picky about who to date either, from hot actors to comedians and also Johnny’s idols.

A comedian insider said, “Johnny’s better watch out. She already has the numbers of some members from group K (Kis-My-Ft2, KAT-TUN, Kinki Kids, Kanjani8), A (Arashi), and N (NEWS, NYC). She has also shown interests in some comedians. She’s good friends with London Boots’ Atsushi and asked him to introduce her to some comedians from the Yoshimoto Agency. She has also starred in many projects with handsome actors. They should watch out too.”

I haven't watched all but omg Uchi look so good, Paruru looks so adorable, Acchan sounds so good in that ed song, the rainbow snort guy is so adorable <3<3<3 there aren't that many of the girls (and UCHI) in this episode so hopefully there will be more in the second episode but omg Paruru+rainbowsnortguy+Uchi <3<3<3 *dead*
like some people said, they actually put a lot in this project, so next year debut?
and no Uchi tag??

The film will open in Japan on August 25.

The film is the sequel to the two live-action Hotaru no Hikaru television series, which in turn were based on the manga.

Were 2ch users trying to make Aiba have a lung collapse? That’s what many Japanese Arashi fans thought on March 14th, the day when Arashi’s Aiba Masaki made appearances on several Nippon Terebi shows, promoting his new drama “Mineko Holmes Suiri”. A TV special was also held, entitled “Only Tonight! Saturday’s Aiba-chan!? A Impossible Gag Live! National Voting SP”, in which TV viewers could vote on the internet or by phone for an impossible gag they wanted Aiba to do, which was to be carried out at the end of “Arashi ni Shiyagare!” 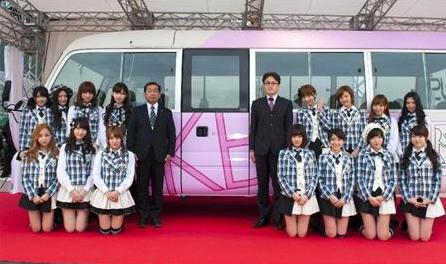 On the 14th of April, 15 members popular idol group AKB48 closed a handshake event at the Sendai Kleenex Stadium by presenting a gift of 10 minibuses each to three prefectures affected by the Great Touhoku Earthquake of March 2011- Miyagi, Iwate and Fukushima.

AKB48 also performed "GIVE ME FIVE!" and 9 other songs full of energy. "After 5 months, we've come to see everyone in Touhoku. I think we really had a great time in this venue together with everyone" said Oshima Yuko.
( Collapse ) Compared to past Kim Hyun Joong's PV, which are more pop than rock, the Hallyu star gives his fans a treat by becoming a full-fledged rock star in the PV. A mini-concert is set in the PV with Hyun Joong acting as the vocalist of a rock band.

"HEAT" will be released on July 4th.

This theme for the first Tokyo Rainbow Pride is the Power of Rainbow.

What does that mean?
The rainbow symbolises diversity and individuality. We believe that a society in which LGBT people can live comfortably is a society in which everyone is entitled to personal freedom and the pursuit of happiness. A Pride parade is an explosion of individuality and a symbol of a society blessed with diversity. We feel that if we resist giving into social pressure, we can’t be trapped by heteronormative convention. By celebrating diversity, we can create a society in which not just the LGBT community but each and every person is proud of who they are.

some.. a few...anyone?? might remember him from doing the Kimi ni todoke opening for the anime!

i really like shiki musume<3 beautiful melody!!
& I forgot how much i luved Kimi ni todoke(the song), it makes me wanna actually finish reading/watch the manga/anime

for anyone who wants to order it!!! 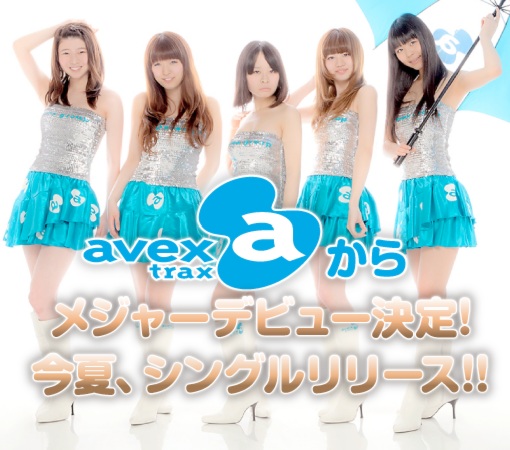 At the same live they also announced BiS' two new members! Their member audition became a hot topic when they revealed on USTREAM an unprecedented happening with no applicants showing up for over an hour after it began, but after that audition's screening, Michibayashi Rio and Wakisaka Yurika have been newly added.

OH MY GOD, HOW DO I FEEL ABOUT THIS? I LOVE BiS but signing to avex and their outfits in the promo image, guhhhh idk..

Although I am totally happy about BiS finally having not 1 new member but 2! :D Oricon's Music magazine Only★Star has just revealed their latest survey "Male artist that you want to marry with.. " PLUP IQUEEN #8 is going to be released on 04/28 and Aibu is going to be this month's cover girl. The theme is "private" and we'll get to see a lot of different images from Aibu Saki, an actress with many faces.


As she deserves to get a post where she isn't just Nagase's girlfriend.
Collapse