For the lesbian, gay, bisexual and transgender community, gay pride parades are not only a great means to raise awareness of LGBT issues and spread the message of diversity and acceptance, but also a much-needed excuse to gather supporters together and party down. At such events in hundreds of cities around the world, LGBT people and their supporters march and dance down the streets behind lavish floats, dress in elaborate costumes, celebrating love, togetherness and, of course, pride for their culture.


Tokyo is no different, except for the fact that this year it will be hosting two pride events: Tokyo Rainbow Pride (TRP) on April 29 and Tokyo Pride on August 11.


Understandably, the presence of two gay prides this year has caused some confusion among supporters of LGBT activities, begging a host of questions. Among them: What are the differences between Tokyo Pride and Tokyo Rainbow Pride? How did there come to be two parades scheduled this year? And, the big question on the lips of many LGBT people: Does Tokyo really need another pride march? 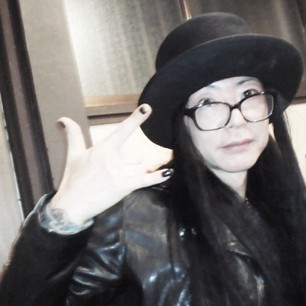 "Dragon Ash's Ikuzone/馬場育三 (Baba Ikuzou/Bass) has passed away due to acute heart failure. He was 46. On 21/4 (Saturday) he was found collapsed by family members in his home studio and rushed to a central Tokyo hospital for emergency treatment, but sadly passed away at 22:55. A private funeral service for close bereaved family was carried out.
Dragon Ash were due to perform live at the Okinawa festival "Okuma Beach Fest 2012 'Open Gate'" on 28/4, but their performance has been cancelled.
Ikuzone, with Makoto Sakurai formed Dragon Ash in 1996. Their debut release "The Day Dragged On" incorporated elements of rock, hip-hip and Latin music. In 2011 Ikuzone withdrew from the band due to nerve paralysis in his arm. He then rejoined the band later in the year and the band restarted with energetic activity. Dragon Ash had finished their nationwide tour "ROTTENGRAFFTY" on 19/4.

Incredibly sad news. Wasn't such a fan of their newer sound, but their old stuff is iconic. RIP.
Source 1 2 3

When the Tokyo Burger King stores announced a "15 strips of bacon on your burger for ¥100 (~$1.25)" promotion, Mr Sato, a reporter for Rocket News 24 ordered 105 slices of bacon on his burger. Apparently, Mr Sato ate the "grotesque agglomeration of ketchup-soaked meat about 3 times the size of the regular whopper" and then rushed home to recuperate.

To see how far they could push it, the newsroom sent Mr Sato back to order a burger with 1,050 slices of bacon. 2 hours later, the 2.7kg treat was presented to him, with an estimated caloric load of 14,300.

I love bacon but that's just way too much!! Dx

Preparations are being made to bring pandas to northern Japan to cheer up 3/11 disaster victims but on April 21 some locals made it clear they are against the move, reports ANN News.

Johnny’s & Associates will cover the costs to look after the panda for the first five years, in hope the panda can help cheer up locals getting over the devastating earthquake and tsunami and help the local economy. It has been reported about 60 locals in Sendai marched around the city centre in protest over the weekend, saying they were against the idea of bringing in a panda for commercial purposes.

It has been reported the group are also concerned about life after the Johnny’s money runs out, saying money the local council will have to use to look after the panda should be used on local reconstruction projects.

However, it has also been reported other locals are happy with pandas coming to the city.

“I love pandas. They’re so cute and I hope they come,” said one girl.

“(The positive effect on the local economy) is connected to the reconstruction of the community. People don’t need to be opposed to it,” said one local.

I don't understand what Johnny's thinking

Dakota Rose is making her debut in Japan!

She signed up with Bravo Models (she's under Asian last time I checked), a tarento agency. She debuts as ダコタ・ローズ (Dakota Rose).
OP Edit: I don't know if it applies to her since she was 'scouted'. But Bravo Models has being Japanese or mixed, as one of the requirements. 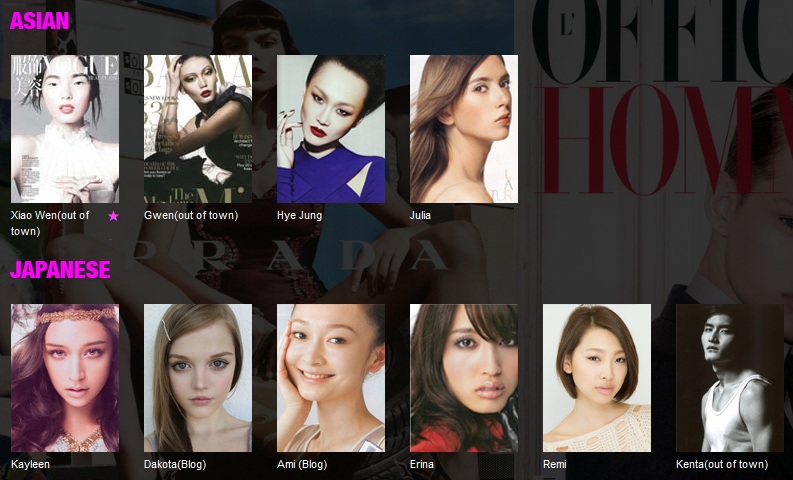 This is the first time Japanese TV deals with her in depth.

0:49 Dakota says “I need to say something in Japanese for this video. Because [sic] a lot of people viewed my videos.”

2:10 this man says “I felt this girl could definitely become a star in Japan.”

1:57 the narrator says “just some weeks ago a Japanese tarento agency approached her, and signed a contract”.

2:20 the narrator says “she is coming to Japan at the middle of this month. She’s already received a lot of offers of CM appearances and TV programs.”

2:30 Dakota says “I’ve always liked Japan since I was a child. And now I’m really serious about this (modeling) job.

2:40 Dakota says “I’m going to study Japanese every day so as not to disappoint you.”

Honestly I just find this whole thing interesting, funny, sad and annoying, all at the same time.

FUCK U Donghae and your CHEST. You better watch it bb, I am so taking you home with me at SM Town LAAnaheim. Get in me NAO. not biased at all lol Overall they all look scrumptious. Poor Shindong, I think he only had like 2 seconds of screen time lol Siwon looks handsome as always, Minnie looks fucking hot, Yesung and Kyu look a bit tired, not digging the eye makeup for Hyukkie's tear (suppose it's an upgrade over the clown makeup he had during Bonamana), Teukie actually looks fab, and Wookie looks AMAZHING.

flawless bb is flawless, my bb knows how to wurk it, just sayin'