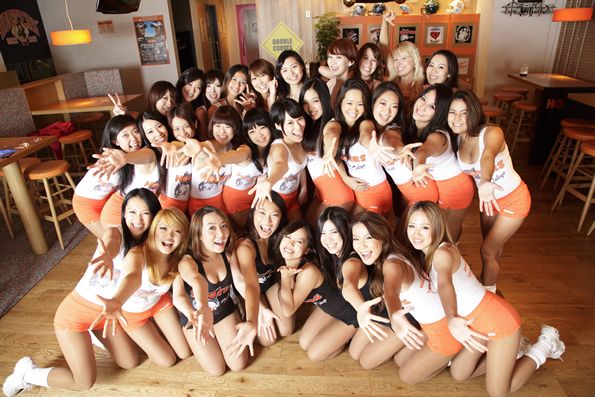 plus a bit of a making of

Watashitachi will be released May 23

The jacket for Onitsuka Chihiro’s album “FAMOUS MICROPHONE” (to be released on May 30th) has been revealed!

This cover features Onitsuka’s crimson lips for this upcoming album. This cover idea was her very own, and she commented, “I thought, since they’re not even my songs, it’s not right to have my whole body on the cover, right?” and decided to focus on just her lips for the design of this album.

As for the contents of the album, Onitsuka herself selected ten famous songs including one original song, “Bitter Flavor Road”, for a total of eleven songs.

MANJI LINE’s 4th album is currently scheduled for a release on June 13rd, and will be his first since releasing “卍LINE: 卍LINE Remix2” nearly a year ago. The album will be available in 3 different versions:

I put the whole article under an lj cut because it starts off graphic and I don't want to upset anyone who doesn't want to read it. I'm also not sure what other tags to use for this article besides 'health'. Singer-songwriter, NAOTO INTI RAYMI has achieved his first no.1 ranking (single or album) with "Kazauta Caravan," his 3rd full studio album since his major label debut in April 2010. NAOTO is a support member for Mr.Children in their tour such as in the 2009 arena tour and 5-Dome tour, as a chorus and guitar member. NAOTO's previous highest ranking was his 2nd album, "ADVENTURE" which reached 3rd. With this, "Kazauta Caravan" has become his best-selling first week so far.

And in a first Oricon domination ever, popular rock band, Mr.Children have achieved 3 simultaneous no.1 rankings in the singles chart with their 34th single, "Inori ~Namida no Kido/end of the day/pieces", and in the overall DVD and Blu-Ray charts with "Mr.Children STADIUM TOUR 2011 SENSE -in the field-". It has been 3 and a half years since Mr.Children last released a single. In the Blu-Ray chart, the BD sold 41k, totalling to 95k for both DVD+BD.


Woot Mr.Children! It has been more than 3 years and the market has changed so much but they still manage to sell that much with only one version! XD

Also, good-looking singles chart! LOL at the IDOLM@STER CINDERELLA MASTER series taking 5 spots in the top 10. Poor Kalafina and E-Girls though, any other week they would've been in the top 10. Congrats as well to NAOTO INTI RAYMI and Def Tech, though the albums chart is pretty dismal.

Arashi's "Face Down" hasn't been released yet, but the 5-member group already have a follow-up with "Your Eyes". It has been reported earlier that Arashi's next single "Your Eyes" will be used for Masaki Aiba's drama, "Miki-Neko Holmes no Suiri".

"Your Eyes" will be available in Regular and Limited CD+DVD edition. The DVD will have the PV of "Your Eyes". Moreover, the single is also expected to contain 3 new tracks, which titles are yet to be determined.

"Your Eyes" tackles about "good and evil" and "strength and weaknesses" of humans.

"Your Eyes" will be released on June 6th.

Preview of the song "Your Eyes"

Source
I love it. 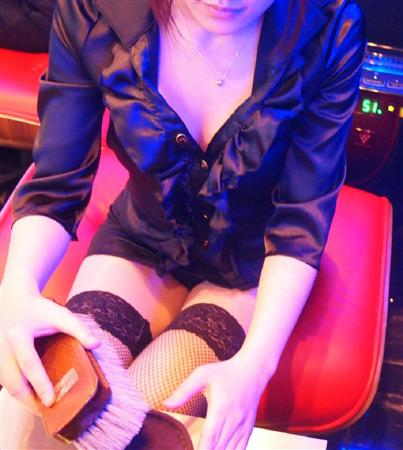 Manboo Plus, an outlet within the popular Mamboo chain, bills itself as a specialized version of the ubiquitous cafes typically offering drinks, magazines, and Internet access, with the key difference being the presence of female staff members in low-cut business suits.

“In order to separate ourselves from other shops, we have decided to take the sexy route,” explains a representative from the public relations department.

“We have about 20 girls on staff,” says a female employee. “The concept is to create an image around the sexy secretary look.”

These gals also administer the cafe’s main draw: a no-charge, shoe shine service. Yukan Fuji’s reporter decides to get his stomps spic and span via the gentle stroking of Aya. The 21-year-old is quite a looker, the reporter enthuses, noting a mini-skirt length of no less than 30 centimeters above the knee and copious amounts of visible skin around the chest area.

“I love talking about anime and manga,” says Aya, a dead-ringer for entertainer Misako Yasuda. “It’s wonderful to have an enjoyable conversation while polishing.”

For one hour of use, Maboo Plus charges customers 400 yen. Yet for a limited time, that fee has been slashed to a mere 100 yen. If you go, as always, tell ‘em Yukan Fuji sent ya!

There is not one day that goes by without AKB48 being on tv these days. This week’s Shukan Bunshun had 4 ex-AKB members as a panel to talk about their experience as part of the extremely popular girl group.

According to the article, when they first formed, girls had to clean the toilets of their theatre in Akihabara. Once they got popular though, the story changed, “The girls would say that the lunches from the convenience store are too greasy and would not eat them. Back when we first started, we had to share those bentos.” But now, they have lots of rules, like they can’t eat anything Maeda Atsuko had put her hands on.

They even talked about the discrepancies within the group. An ex-research student said that popular members had their luxury apartments’ rent paid for, while she had to take a 2hr train ride just to go to work everyday and she had no salary. An ex-regular member said that she only got 50,000yen a month as salary.

They also rotate costumes within the group, and they’d stink from sweat because of the strong stage lights so their changing rooms always smelled bad. “It was hard putting on costumes when the person before you had strong armpit sweat.”

After two years, the boys of Hey!Say!JUMP are back with a new album. The still untitled album will also include songs from their Hey!Say!7 and Hey!Say!BEST releases; moreover, it will also have a single medley and an orchestra version.

It has been reported that some members of Hey!Say!JUMP have been doing some composing and music arrangements of some songs as well.

Here are the tracklist for Limited [CD+DVD] and Regular [CD] edition:

The album will be released on June 6th.

LOL, I knew it. I'm so gonna love if Yuto's gonna make another Dash!!
SNAP is written by Yabu Kota.
get it boys!