Crystal Kay will be releasing her 28th single,3rd under UMJ called Forever on June 6. Not only that but she is also releasing her 10th album called VIVID on June 27. The new single is described as a dance track. Her fans hotly anticipate her newest album under her new label UMJ since she will working with different producers.

you ready gems!!! I think this album will be hoooot!!

It features the cat cafes Arama is so interested in. As well as cat island, and houses that are cat friendly. 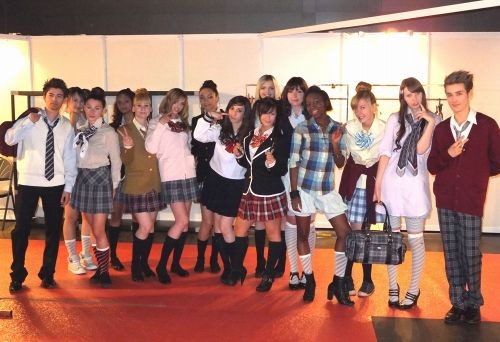 Sailor-style outfits, blazers, and stand-up collars are just some representative items from Japanese school uniforms, which are now spreading across the world as part of the "Cool Japan" trend. Behind the skirts and the sleeves, however, are decades' worth of imported culture and generational changes.

In July 2011, some 30 youths of different ethnicities were found on stage in a Japanese fashion show in Paris as part of France's big annual Japanese culture event, Japan Expo. The models sported checked miniskirts, cardigans, blazers, and other items found in modern Japanese school uniforms.

In addition to cute outfits, the performances on the catwalk were abundant in "peace" signs and other typical Japanese gestures and poses -- followed by loud applause from the audience -- all of which underscored the "kawaii," or cute, appeal of Japanese culture, which seems to be turning into an internationally accepted term.


well if it wasn't enough that Ami Suzuki has been MIA forever, Maki Goto announcing an hiatus and alan putting her Japanese activities on hold, another avex diva has announced her hiatus indefinitely from the music business in order to grow as a person and pursue other ventures. Sowelu who joined Rhythm Zone sub-label of AVEX in 2009, took on a more mature and yet sexual image will be releasing this album as her last on May 30. She celebrates her 10th anniversary since debuting this year.


well I was gonna wait for a Jpop news site to translate the full thing,but much like her career no1curr to, so this is just what I know off some rough translations by a fan and her blog plus yall get the idea A tune by Hallyu star Jang Keun-suk has been chosen as a theme song of a Japanese animation.

On Tuesday, a report from Oricon Style showed that Jang’s “200 Miles” will serve as the main song for TV Tokyo’s ongoing Japanese manga, “Fairy Tail.”

The news also mentioned that “200 Miles” will also be listed in his first full-length Japanese album titled, “Just Crazy,” set to hit stores in three different editions on May 30.

The album contains a total of 11 tracks including the title track “Crazy Crazy Crazy,” his Japanese debut single “Let Me Cry” and other songs including “Bye Bye Bye (album version),” “Rain” and “In My Dream,” which he performed during his arena tour last year.

The actor and singer officially kicked off his singing career in Japan in May last year with the release of his single “Let me cry,” which had topped Oricon’s singles chart upon its release.

Having many talents in the entertainment industry, Jang is currently appearing in KBS’ TV series “Love Rain” with Girls’ Generation member Yoona. 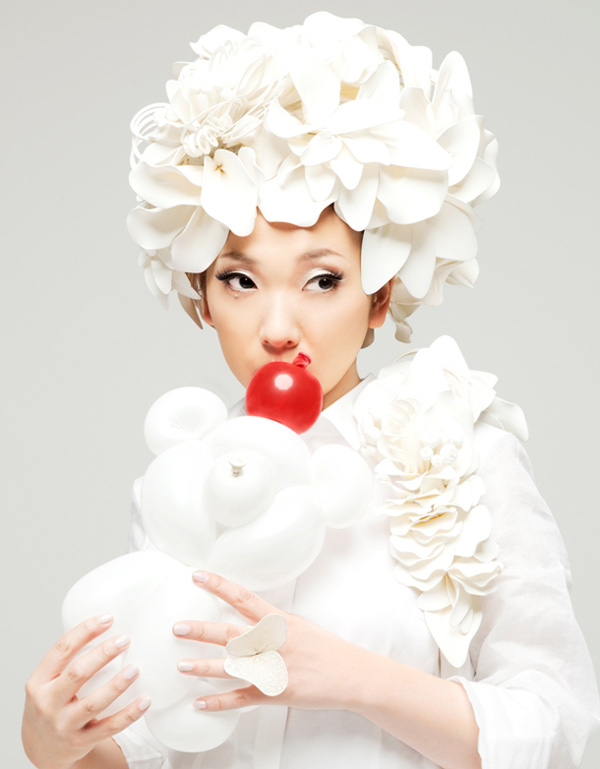 MISIA announced today the release of a new single, "Koi wa Owaranai Zutto", on June 20. The song will be used as theme song for the Yoshino Kimura-led NHK drama "Hatsukoi", which premieres on May 22.

The drama teams up MISIA and screenwriter Miho Nakazono together for the first time in 12 years, since the Fuji TV drama "Yamato Nadeshiko", for which MISIA's "Everything" served as theme song. MISIA wrote the song specifically for the drama, which tells the story of a "beautiful and maddening love triangle".

In a press release, MISIA explained, "Love, even if lost, is something that lives on in our memories and can change the course of our lives. After reading the script, I was inspired to put into song this strong feeling of an 'endless love'. I sing this song hoping it will resonate with the viewers."

"Koi wa Owaranai Zutto" comes out in truetone (chaku-uta) at midnight on May 23, following the drama's premiere.

In a first, the single's limited edition will include a poetry anthology on first loves written by MISIA herself. The cover art for the single was also designed with the theme of "first love" in mind, with the red apple on the balloon bear representing this intense emotion. Additionally, both the floral headpiece and shoulder ornaments are made entirely of balloon material.

June 20 will also see the release of MISIA's latest live DVD (the Blu-ray comes out a week later, on June 27), "THE TOUR OF MISIA JAPAN SOUL QUEST -GRAND FINALE 2012 IN YOKOHAMA ARENA-". The release is a two-set DVD, with the second disc including a selection of 11 music videos. The limited edition comes with a photo book and premium trading cards.

this pleases me immensely <3

It has been announced that Kis-My-Ft2 member Fujigaya Taisuke will be starring in TBS’ upcoming drama series “Beginners!”

The drama will take place at a police academy, which is a boarding school that is under strict observation 24 hours a day. The story will feature the students of  ”S class”, which is assembled from a bunch of drop-outs, who are making strenuous efforts to become police officers.

Source: MANTAN WEB + TBS via Tokyohive
I'm too lazy to think of a witty comment or look for a funny gif. VIENNA--The “cat cafe,” a popular type of shop in Japan that allows customers to enjoy beverages while playing with cats, has opened in Vienna for the first time.

“Neko” (cat in Japanese) opened on May 3 in a medieval building that’s a two-minute walk from St. Stephen's Cathedral, a symbolic structure in Vienna. The Austrian capital boasts a 300-year-old cafe culture and more than 2,000 shops.

Five cats in the 50-seat Neko were lying on the floor or jumping onto customers’ laps.

Any Arama's member live in Vienna? Enjoy the nyan there

can't get over how much i luv the cover<3 goes to my top favs for covers I've ever seen *.*
the girls look lovely and i am liking this song more!

'Hellosmile Project' is a campaign to promote awareness and prevention of cervical cancer, an illness that continues to increase among young women.
The project was launched in conjunction with the 'Human Conscious: Love Life, Join Hearts' campaign, started in 2005 by TOKYO FM (Japanese radio station).

The United Nations Population Fund (UNFPA) and Hello Kitty will be at Sanrio Times Square on Thursday May 10 from 6 - 8pm to celebrate the Hellosmile Campaign - raising awareness for cervical cancer prevention worldwide!

Read more about the aims and the activities here 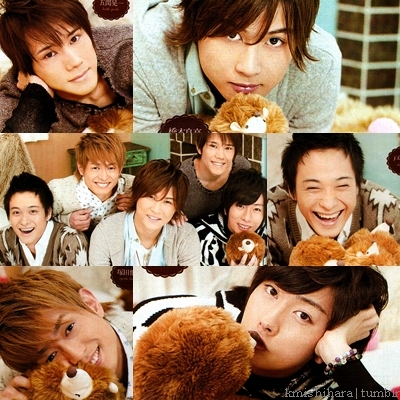 A.B.C-Z recently lifted the curtain on their special stage, "ABC Theater - Tokyo Triumphant Return Performance" at the massive gathering of Johnny's talents, "Johnny's Ginza You no Mae ni wa Me ga Iru" in Hibiya on the 8th. They followed Kis-My-Ft2, who performed there until April 30.

First performing on February 2 at the Nissay Theater, the boys then ventured on a nation-wide tour, and member Kawai Fumito said, "It feels like we've come home." The boys performed nearly 40 songs, including "Zutto LOVE" which was written and composed by member Totsuka Shota. Member Goseki Kouichi also displayed himself wearing women's clothing, during which he said, "Please date me like this."

these flawless boys are the HOTTEST thing to come out of JE since Kis-My-Ft2! omg!
Collapse