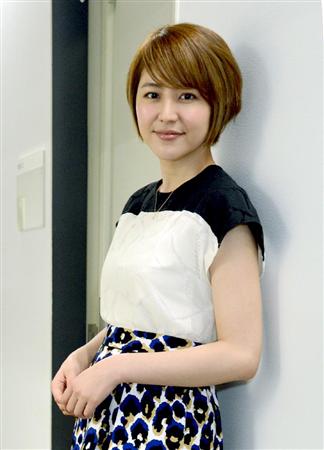 On June 21st, it was reported that NHK has filed a lawsuit against Japan’s largest publisher Kodansha at the Tokyo District Court.

NHK planned to adapt Tsujimura Mizuki’s novel ‘Zero, Hachi, Zero, Nana.‘ into a four-episode drama starring actress Nagasawa Masami and broadcast it on BS Premium this May. The pre-production was already done, the actors were cast, the script was written by Omori Sumio, and the request for composition of the theme songs were sent out, when publisher Kodansha suddenly forced the suspension of the production.

It’s been announced that KinKi Kids will be releasing a live DVD and Blu-ray of their annual Tokyo Dome concert which was held on January 1st 2012 (which was titled ”King • KinKi Kids 2011 – 2012″)! it will be released on 18th of July. As a bonus, it will include both the MC and Domoto Koichi’s birthday event which took place at the concert. There will be 3 different versions; 2 editions for DVD (LE & RE), and 1 for Blu-ray. LE comes with special package and 80-paged booklet, for RE & Blu-ray there'll be a postcard.

Dream's cover photo is designed by Aya, the group's resident artist. High resolution scans of their previous CD covers have also been uploaded to the page along with a video message:

So I guess they aren't dead after all. Hope they put the E-girls crap behind them and release some original stuff for once.

Kalafina will release a single called moonfesta which will be used in a NHK’s children music program called Minna No Uta between June and July, 2012. (Click to visit the show’s official site). The single will be released on July 18, 2012! This time there will be 3 versions of the single:


...and this is the full PV of moonfesta!

This is so perfect and amazing, the song brings so much happiness.
The PV is really standard but the Minna no Uta version is so cute!
Can't wait for the single!
Oh, someone should make a gif when Wakana is feeding the goat.


Dailymotion version for those who have trouble with Yin Yue Tai:

MYNAME debuted in Korea in October 2011.

It has been announced that SMAP will be releasing their 20th new album ‘GIFT of SMAP‘ on August 8th.</p>

The album includes their latest singles “Sakasama no Sora” and “gift“, which is currently a CM song for ‘2012 Seven & I no Natsu gift‘. Kanno Yoko, Shiina Ringo, MONKEY MAJIK, THE BAWDIES have been announced as artists featuring on the album.

Additionally, “gift” will be distributed as a Chaku-Uta Full ringtone on June 27th through Recochoku, Johnny’s web and dwango.

I am a bit excited since Pokemon is one of the few games that I never get bored of.

Utada Hikaru's recent twitter activity has sparked speculation that she is working on new music.

After staying away from twitter for most of the year, the singer is back on and actively tweeting once again. The content of her tweets have netizens wondering if she working on new music.

The singer has talked about her Korg keyboard, saying she hasn't abandoned it. She also had a conversation with famous DJ/producer Skrillex, suggesting that the two know each other.

Netizens believe Utada could be working with Skrillex on new music, producing a new sound for the singer to explore and share with her fans.

→ The layout has been updated! We've been meaning to change it for quite a while so tell us what you think.
→ arama on twitter | facebook | last.fm
→ Don't post a wall of giant gifs/pics!

promo pic.
Go for it will be released July 25  while her new upcoming album is set to be on sale the 29th of August!
COVERS are found HERE

here's a short , short version of the PV.
as a Yama-holic who's been traumatised by the weak past Yamapi productions , I'm glad to say that this time I'm quiet pleased by this vid, I'm actually looking forward to watching the rest, even though it's just another cheap CG amateur vid.
credit:news6stars

Has this song grown on anyone yet?

Actress Aya Ueto (26) will play the female lead in the special drama "Kurumaisu de Boku wa Sora o Tobu", which airs on August 25 as part of the 35th Nihon TV 24-hour television charity telethon, it was announced on June 22. Ueto will be starring alongside Kazunari Ninomiya (29) for the first time in twelve years, since the Fuji TV drama "Namida o Fuite". Ueto, who played Ninomiya's sister in the 2000 drama, commented "I'm excited and nervous but very much looking forward to it!" 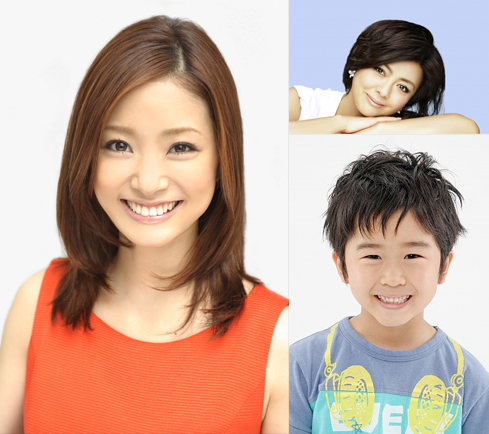 "Kurumaisu-" is an adaptation of pro-counselor Taizo Hasegawa's non-fiction book "Inochi no Counseling" and tells the story of a wheelchair-bound man, Yasuyuki Hasebe (Ninomiya), who pulls himself out of his misery by becoming a life counselor.

Ueto will play the role of Kumi Kato, a naive store clerk with a heartbreaking past whom Yasuyuki meets while hospitalized. "As a woman, I think this character is someone I can relate to and empathize with," explained Ueto. "I'm reading the script all the while thinking about how Ninomiya might act his scenes out. I'll do my very best until the end so please look forward to watching," she commented with anticipation.

The drama will also star popular child actor Fuku Suzuki, and Hiroko Yakushimaru, who will play the role of Yasuyuki's mother. Suzuki, who played the part of a young Ninomiya in the drama "Freeter, Ie o Kau." commented, "This time we'll actually be acting with each other so I'm excited. I'll do my best!" Yakushimaru, whose role of a mother struggling for independence marks her first time co-starring with Ninomiya, expressed her joy at being cast, saying, "I've been watching his work since he was a teenager, looking forward to someday acting with him. I'm really thrilled and excited."

Producer Hidehiro Kawano commented, "Ueto will bring frustration and hope and Yakushimaru will provide motherly love, tenderness and strength. I'm convinced they will be able to embody these various emotions in this story."

According to Twitter ~insiders they've already been spotted filming at various locations.

Congratulations Aibon!! :) I'm so happy for her! I love Kago so much.. I want her to be happy and I'm so glad her baby was born healthy.