Fairies is set to release their 4th single “Tweet Dream/Sparkle” on July 25.  To match their title song “Tweet Dream,” each of the members have created Twitter accounts.  With the average age of the group at 14.4, they are quickly becoming a topic of interest.

Fairies have begun their “Fairies ga Kanaeru Hoshizora Message” (Kanaeru = grant (as in a wish), Hoshizora = starry sky) campaign. Just like the short wishes you write to the Milky Way on the July 7 Tanabata (Japanese star festival) holiday, a special “Hoshizora Message” website and Twitter has been set up for fans to contribute their wishes via Twitter, so your dreams might just come true when your wish is granted by a Fairies member!

It has been earlier reported that Tomohisa Yamashita will be releasing his second album titled "ERO". In lieu to his album release, he will also embark on his nationwide "Tomohisa Yamashita LIVE TOUR 2012~ERO P~" starting this July 28th.

Here is the full tracklisting:

*the pic, i saw it on somewhere on tumblr, forgot where, credit as tagged
credits here

Can't be compared to the amount of songs in his 1st album. But hoping this is just as enjoyable.

Presenting, Japan's top male idols in their most cracktastic form..

if it gets down, watch here

Yamapi is smiling so much here. Cracking up at Seishun Amigo dance battle. LMAO.

Yuya Matsushita will be releasing a new single titled "See You" on August 29th. A preview of the new song has already been revealed.

The new song is a ballad which will be used in the upcoming anime series "Natsuyuki Rendezvous" as the show's opening theme song.

In addition, the preview shows off part of the song's PV as well as tour dates for his upcoming national tour.

Check out the preview below: 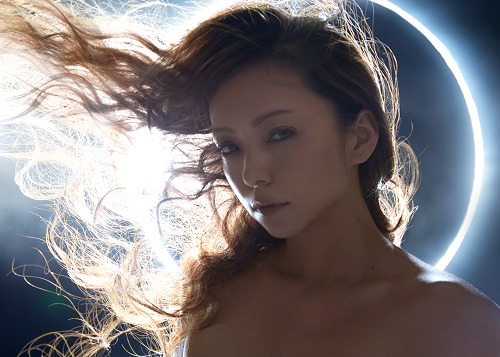 Namie Amuro's latest studio album, "Uncontrolled," topped the Oricon album charts this week with sales of over 292,000 units. It becomes her 10th #1 album and has also claimed the title of best first week for an album this year by a solo artist, male or female. It tops former title holder, Ayaka, who sold over 208,000 units earlier in the year. "Uncontrolled" also makes Amuro the sixth solo female artist to claim #1 with an original album in three consecutive decades. She joins Yumi Matsutoya, Miyuki Nakajima, Mariya Takeuchi, Madonna and Ayumi Hamasaki. Amuro first topped the album charts in 1995 with her debut album, "DANCE TRACKS VOL.1." She later had her first #1 album of the new century with "GENIUS 2000" (2000).

“Asu e STEP!” is a track off of the group’s upcoming single, “Puripuri♥SUMMER Kiss“, due out on July 4th. It’s sung by all members of iDOL Street,  which is avex’s sub-label that’s in charge of both SUPER☆GiRLS and Cheeky Parade. The video shows the girls singing and having fun in a recording studio.

Check out the short PV below!

On July 2nd, Kyary Pamyu Pamyu wrapped up the final performance of her nationwide, one-man “Pamyu Pamyu Revolution Tour” with a live performance at Shibuya-AX.

The tour spanned seven cities and nine separate concerts, drawing in approximately 10,000 people. The incredible ‘Pamyu Pamyu Land’ sets for the show were designed by her friend and owner of the Harajuku brand 6%DOKIDOKI Masuda Sebastian, and were designed to give off the same amusement-park-like feel of her first full album “Pamyu Pamyu Revolution“. On both sides of the stage were deranged-looking pink and blue rabbits, with a gigantic silk hat in the middle surrounded by cute and colorful toy boxes.

Kyary, dressed as the ‘leader’ of Pamyu Pamyu Land, kicked off the show, dressed in cute spangled shorts and a bizarre outfit with pandas attached, to the tune of her first album’s intro track, “Pamyu Pamyu Revolution“. She greeted the crowed, “Hello, I’m Kyary Pamyu Pamyu! Thanks for gathering, so many people here even though it’s a weekday!” causing the audience to shriek with excitement. “Today, I’m gonna sing a bunch!”

After her kid dancers showed off their amazingly sharp choreography, the cute singer returned in an adorable, angel-like costume with wings attached, earning cries of “Cuuuute!” from all over the crowd. She then performed her song “Onedari 44 ℃” before stopping for a short MC break, in which she revealed stories from her visit to Los Angeles for Rune Boutique last December.

Recochoku, one of the biggest online and mobile music download portals in Japan, recently released the 2012 half-year download charts for the period from January 1st until June 30th.

Check out the top ranking for digital singles, chaku-uta, music videos, theme songs and more over the first half of 2012 below! 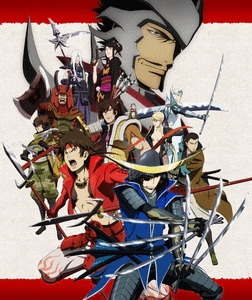 Capcom's Segnoku Basara action series is being converted into a late night weekly drama that will air on MBS starting July 12. The Sengoku Basara Moonlight Party official site was updated today with a first look at the cast members, including Gackt as Nobunaga, all costumed up. 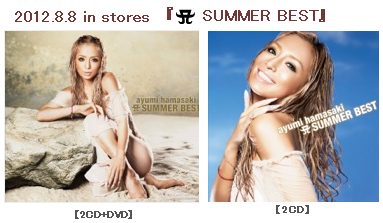 Covers for Ayumi Hamasaki's A SUMMER BEST out August 8th The competition at the London Olympics is already guaranteed to be intense but three Japanese gymnasts may have an extra source of motivation as they vie for gold medals: sibling rivalry.

"When it comes to competing, of course I don't want to lose to the younger two," grinned Kazuhito Tanaka, 27, referring to his sister Rie and brother Yusuke.

"I'd lose my standing as the big brother," he told reporters after a recent training session ahead of the trip to London, where all three siblings will make their Olympics debut.

It is rare for two siblings to become top-tier athletes, three is even rarer. This will be the first time Japan sends three siblings to compete in gymnastics at the Olympics.

‘MY OLYMPIC’ will feature special coverage of the upcoming London 2012 Olympics on JFN and all their 38 associated networks. Its hosts are Nagatomo, actress Horikita Maki, figure skater and gold medalist Arakawa Shizuka, and athlete Asahara Nobuharu. The latter three also attended the PR event.

4-member Johnny's group NEWS have announced that they will be having their first nationwide tour as four members. They will go around seven cities and is expected to mobilized around 102,000 audiences.

The tour titled "NEWS TOUR 2012 ~Utsukushii Koi suru yo~" will also marked the group's first live in an outdoor stadium, they said that they wanted to try something new. "From 6 to 4, we might not be able to performed the same as before, the new NEWS will be different," Tegoshi Yuya commented.

can't they do Dome? I'm pretty sure they can hold it successfully seeing that Tegomass' concerts are filling up Arenas. well, one step at a time..

I can't understand why they chose it to be the second A-side and not the first. I'm not saying "Tweet Dream" isn't good.. I love it, but I think "Sparkle" should have been the first A-side.

Since releasing their debut single, “Real Face” (March 2006), KAT-TUN has topped the single ranking 18 consecutive times. This also marks their 7th consecutive year to place 1st in the charts.

The single’s title track is the CM song for ‘Suzuki Solio Bandit‘. It also includes “SPIRIT“, which is the image song for NTV’s baseball live coverage program, ‘Dramatic Game 1844‘, as well as the theme song for NTV’s news program, ‘Going! Sports & News‘.

well..of course, congrats KAT-TUN!!
but I do hope the group gets a crack at J&A's promotion budget in the near future (even Sexy Zone has their own tv show)  I don't think it works that all the major pressures are placed on Kame alone.

personally think it's a lot better than fight!

Supporting casts for Kame's Ore Ore (It's Me, It's Me) movie have been revealed. Kase Ryo and Uchida Yuki are joining the cast. The rest of the cast includes Takahashi Keiko, Kimura Midoriko, Fuse Eri, Iwamatsu Ryo, Matsushige Yutaka & Matsuo Suzuki.

It was also reported that shooting for the movie wrapped-up last June 19, 2012.

Kase Ryo plays Tajima, the chief who like to speak sarcastically. He used to star in Director Miki's movie, Instant Swamp. He commented about Kame "He's incredible. Although this is our first time to work together, I can feel he's the person who's able to do anything (any roles) no matter what it is."

Uchida Yuki plays Sayaka, a mysterious woman who comes to request the protagonist to do something. It's her first movie with Director Miki. She mentioned about Kame "He's good at balancing things. He's a pro."