Education minister Hirofumi Hirano plans to set up an internal team to help schools and boards of education curb bullying.

The initiative was prompted by intense media coverage of a suicide at a junior high school in Otsu, Shiga Prefecture, in which bullies allegedly pressured a 13-year-old boy to plunge to his death last October as his pleas for help went ignored.

On an NHK program Sunday, Hirano, minister of education, culture, sports, science and technology, described the envisioned team as "line troops" to work alongside those tasked with directly dealing with bullying.

I'm not really sure about this, but it's a step in the right direction? Hope there's some kind of improvement for this whole situation

Sources:
That Holographic Performance is insane no? Definitely another step up in their Live Game. No doubt it's going to used for their asia tour. On another note, their Asia tour is going to be called "WORLD TOUR 1st" (source is PTA, not linkable)

Superfly has revealed the jacket cover and track list for her upcoming 4th album, “Force“!

“Force” is described as Superfly’s “strongest rock album in history”. The track list consists of her double A-side single,

“Kagayaku Tsuki no You ni / The Bird Without Wings“, along with “No Bandage“, the image song for the upcoming film

‘Yamikin Ushijima-kun‘, and “Ai wo Kurae“, which served as the theme song for the movie, ‘Smuggler ~Omae no Mirai wo
Hakobe~‘.

The album will come in 3 different versions: Regular Edition (CD-Only), Limited Edition (2 CDs), and 5th Anniversary Edition (CD+DVD). The DVD will contain video clips of “Ai wo Kurae” and “Kagayaku Tsuki no You ni”, as well as commentaries on each song from Ochi Shiho, herself.

For the limited edition, Disc 2 will contain the live versions for all songs included in Disc 1. Shiho arranged the track order the way she would make a concert set list. She commented, “The LIVE version for Force is the complete version. I want people to enjoy both the studio and live versions.” 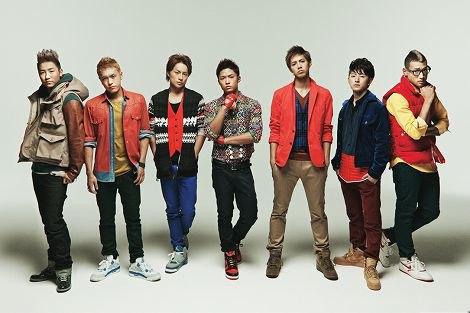 「GENERATIONS」 ,7 members Vocal Dance group from LDH produced by EXILE 's leader HIRO (Ueto Aya 's husband ,lol :D) ,will get major debut with first single 「BRAVE IT OUT」 on 21st November
「BRAVE IT OUT」 will be used for the theme song of  drama 『Sugarless The Other Dreams（仮）』,starring by perfromer Shirahama Alan(19) 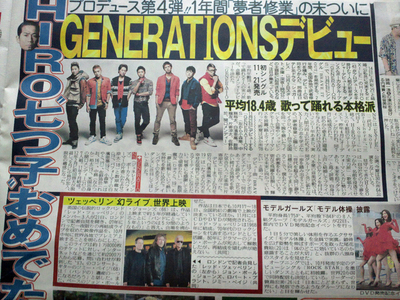 check out the  preview of their song below


their first performance with support members on TV show


Can't wait for BRAVE IT OUT XD 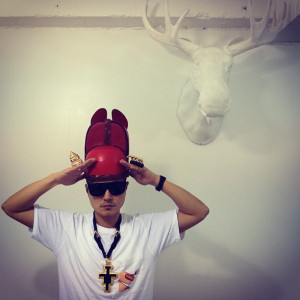 So just a few minutes ago (9 minutes, as I am typing this), the fashion leader of M Flo joins twitter (and apparently Instagram). And his first tweet just so...Verbal *points pic above*. Will there be interesting tweets from him? Will Taku have interesting Twit-versation with his partner? Will there be more complains about Jpop nowadays? Or will we have fashion tips once in awhile?
Who knows? All I know, Twitter world is getting more and more exciting ^^

and he already have 10,020 followers...well, maybe he joined sometime ago but just start tweeting now :P

Producers and writers have been waiting years for Ryosuke Yamada to get old enough to play the lead in popular detective series “金田一少年の事件簿 (Kindaichi Shonen Jinkenbo)”, which will air on TV this winter as a special drama, reports Yomiuri Shimbun, Mainichi Shimbun, and Sponichi Annex on July 24.

It has been reported Yamada is the fourth Johnny’s talent to play the lead role of high school detective Hajime Kindaichi, following in the footsteps of Tsuyoshi Domoto (KinKi Kids) who starred in the first special drama in 1995, then Jun Matsumoto (Arashi), and Kazuya Kamenashi (KAT-TUN). The series was also made into a movie in 1997.

Recently, gossip magazines had reported Yamashita had been on holiday in Okinawa with his new girlfriend, a restaurant staff worker in Tokyo.

“I haven’t had any time to go to Okinawa, and I don’t know this person who works at a restaurant.  It’s totally wrong.  I’ve been good and restraining myself.  I only open up in front of my fans.”


Talk about red underwear, boxer shorts, nipples, gossip, fans saw a new side of Tomohisa Yamashita during his fan event at Pacifico in Yokohama on July 24, reports Chunichi Sports.

With the release of his new album “エロP (Ero-P)” today and upcoming tour which starts this weekend, yesterday Yamashita let out his sexy side in front of 5000 fans who have always known him as a cool guy.

“That horniness inside of me that I’ve kept hidden since becoming a Johnny’s pop star has started to come out bit by bit this summer.  Today I’m wearing red underwear.  I like wearing boxer shorts more.”

It has been reported to make his point clearer, before the event, Yamashita had talked to the press about what his concept was for his upcoming tour.

“The tour is a fusion of Johnny’s and eros.  It’s something everyone can enjoy whether they’re a little girl or a mature lady.”

Yamashita had been going around the country on his fan event tour for fans who had bought his latest single “LOVE CHASE”.  At yesterday’s event, which was the last of the tour, the talent had enjoyed shouting out a lot of messages to his fans.

“You’re all that special someone to me.”

“You can see my nipples in the shower scene of my music video.”

EDIT
btw, from twitter, fans have reported that they asked Yamapi if Jin is still alive (lol) and Yamapi said he is,  Yamapi just met up with Jin a few days ago and they arm wrestled...awww....PIN

To watch the rest of the event, check