Later today on twitter, SCREW's Rui tweeted: “Thank you AREA! Thank you very much m(_ _)m SCREW will major debut by Tokuma Japan-san at 10/17. I’ll write my feelings on the blog. From here on too please treat me well. m(_ _)m I’ll do my best to don’t let you down.”

And also SCREW's new look came out for XANADU! 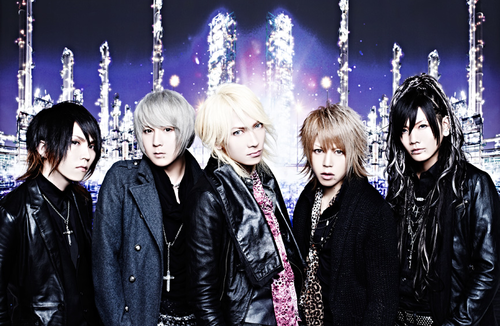 aramatheydidnt, can SCREW get a tag now? And also, congratulations guys, you really deserve this after six years hard work! ♥

Yuki Koyanagi is back with a new single released on July 25th "MacArthur Park / All At Once".

"All At Once" was originally released by Whitney Houston. It's a ballad about an unforgettable finished love.

Morning Musume has uploaded a dance rehearsal video for new track "What's Up? Ai wa Dou nan da〜" (What's Up? 愛はどうなんだ～) from their upcoming album ⑬ Colorful Character. Their new album is due out September 12th.

This song will be used for the third round dance portion of Morning Musume's 11th Generation "Suppin Utahime" Auditions. Those that made it to the this round will need to learn the dance at home are expected to know it by the time of the Audition.

Last month, it was revealed that Shibuya-kei fashion magazine 'egg' would be releasing a new sub magazine called FOXY egg. The magazine is said to focus on the tsuyome and sexy style of gyaru.

The new magazine also holds the theme of "GET WILD & BE SEXY". "In the world of Shibuya gyaru, the looks of "amakawa kei" (sweet-cute style)'s lighter skin & curled hair are applied, but in this magazine, only "tsuyome kei" (strong style) gyaru who stylishly wear a bold, revealing fashion and darker skin are featured." The lifestyle of the women who enjoy the summer are all condensed into one copy.

source with help from

Tokyo’s dear leader Shintaro Ishihara’s latest discriminatory outburst has been to insult barbarian judo, saying it resembles “beasts brawling” and that the sport was ruined as soon as the hairy barbarians became involved.

The 79-year-old mayor of Tokyo complained about barbarian judoka at a recent civic meeting, probably annoyed at all the humiliating losses they have been handing to Japanese judo practitioners lately:

“The judo of westerners is like animals fighting, with its internationalisation judo has really lost something.

In Brazil they eat chocolate and vinegared rice, but you couldn’t call it sushi. Judo ended up that.”

Whilst Ishihara has a long history of making discriminatory remarks about just about anyone (including the wretches who elected him 3 times) who is not a pure-blooded Japanese over the age of 60, the fact he is still making them even after Tokyo launched a bid for the 2020 Olympic games has attracted some comment – it is hard to see international judo authorities and the Olympic organisers taking his remarks well.

Amongst Japanese online the remarks have attracted a mixture of disgust and support:

“So much for the Tokyo Olympic bid.”

“What an idiot. So he just ruined everything the people trying to lure the Olympics to Tokyo said, adding insult to racism. If Tokyo loses the bid, it’s his fault.”

“He probably doesn’t want the bid to succeed. The more attempts they make themore money they can splash around their cronies trying to get it, if they actually get it they lose that.”

“What does this old fool think judo is? He’s been reading too much manga…”

“He really must be bitter about those losses.”

“He doesn’t even know a thing about judo anyway.”

“Just a Japanese monkey howling about the beating he received.”

“I hope this old bastard dies sooner rather than later.”

“Ishihara is no patriot, he is just an ugly racist and populist.”

“Japan’s rightists and conservatives always blame anything which goes wrong on the outside. These idiots haven’t learned a thing from the days of the empire.”

“All you filthy Koreans and anime otaku are really desperate, aren’t you?”

“Judo has just become another style of wrestling anyway.”

“Judo is about competing to master techniques, JUDO is just a competition of wrestlers trying to toss each other out of the ring.”

“He’s right, these animal fights have nothing to do with inculcating bushido spirit!”

“We should have Japanese judo and international judo and be done with it.”

“Right, Japan should withdraw from the IJF and run its own judo organisation.”

“How about ‘JUDO’ and ‘Galapagos judo’?”

“The rules have been hijacked by foreigners so naturally they make it workagainst the Japanese.”

“Conclusion: close Japan to the outside, no to foreigners and half-breeds!”

“What does it say about Japanese judo that they keep losing to a bunch of brawling animals?”

“I don’t think it is animals brawling or anything, but making judo into a sport seems to have robbed it of something – now it is all about victory at any cost, with any tactic.”

“I suppose baseball and beisubooru are two different sports as well then?”

“So he insults the Americans and Europeans he is trying to lure to Tokyo, and the other east Asians hated us from the start… this leaves us with the middle east and Africa? Great.”

“This can be boiled down to the Japanese judoka not being good enough to adapt to the new environment.”

“I want to hear what Putin has to say about this…”

“The net right is seriously bitter about taking losses here, you can tell.”

“We should be happy that a sport from Japan is so beloved the world over!”

“The howls of another whipped dog!”

“If a prefectural governor [Tokyo city is equivalent to a prefecture] is like this, you can pretty much guess what the cultural level of the people is.”

“Given the level of the Japanese in these matters he seems a fitting match for us really.”

“Somebody please translate this for the benefit of the Olympic organisers.”

“Not more of this senile old racist’s mutterings…”

“Just how intolerant is this guy?”

He deserves to be cunt punted.