It is a thrilling birth of a rookie girl group with the name combination of ‘PURE’ and ‘PRETTY’ and an average age of 15.6 years old. After their song “Cheki Love” has been appointed as an ending theme song for ‘Pretty Rhythm Dear My Future”, the group’s major debut is finally coming! The DVD includes the group’s MV where a member/(s) of a super popular group made an appearance displaying their friendship. Another edition has a “Prism Stone Love Love Heart T-Shirt” which is a rare merchandise. A Super Deluxe edition includes photos of the members as well as their characters for Pretty Rhythm.

Berryz Kobo's new pv for "Loving you too much", the b-side for their latest single "cha cha SING"

risako's make-up is so bad 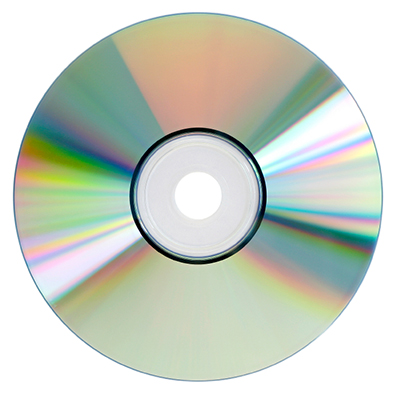 By STEVE MCCLURE
Special to The Japan Times

Will it be the "carrot and stick" or just "the stick" that revives flagging digital-music sales in Japan?

As in other major music markets, digital sales here — via PCs or mobile phones — have helped offset the slide in sales of physical product such as CDs. In 2011, sales of physical product (excluding music videos) in Japan amounted to ¥212 billion, down 6 percent from 2010, according to local labels body the Recording Industry of Japan (RIAJ). Digital sales totaled ¥72 billion, down 16 percent.

And in the January-March quarter, digital sales slumped 20 percent year-on-year to ¥15.4 billion. That comes at a time when digital sales are on the rise in other markets.

A major reason for this fall-off in Japan is the local music industry's reluctance to embrace business models such as subscription-based music-delivery services.

There's also an unwillingness by the management of big-selling idol acts like AKB48 and the Johnny's Jimusho stable of boy bands to license their music to such digital-delivery services.

In addition to that, Sony Music Entertainment (Japan) still won't license its Japanese repertoire to iTunes Japan — reportedly because Sony doesn't like Apple infringing on its home turf.

The results are in for Arashi Music Festival or “AraFes“.

Due to the large number of songs voted by the fans, I’ll just be including the TOP 10.

AraFes will happen on Sept 20th to 21st at Tokyo National Olympic Stadium.

Kumi is starting her newest era with her 53rd single called Go To The Top on October 24 which serve the theme for Muv-Luv Alternative: Total Eclipse.

she performs Go for it! & Watashitachi

oh how i want those shoes baddly!!

It was earlier reported that SCANDAL will be releasing a new single this Sept 12th titled "Pin Heel Surfer". The said single is composed by Sho Wada of alternative rock band "Triceratops".

Here is the cover for "Pin Heel Surfer".

Furthermore, SCANDAL will also be releasing their 4th album titled "Queen are Trumps". The said album will be released on Sept 26th, which will be followed by SCANDAL's "SCANDAL HALL TOUR 2012".

Tracklisting for "Queen are Trumps" is yet to be announced.

Lastly, a countdown has started in Scandal-4 official website, the countdown is a puzzle-like message that fans needs to decode; there are already speculations that it will be a "world tour" announcement.

The countdown will end this Aug 26th at 4PM (JST).

Furthermore SCANDAL will be joining Ieiri Leo, Sonar Pocket & NIIKE for a Exciting Summer in Wajiki ‘12 concert come 13th August. As it is free-of-charge, no ticket sales will be commencing


the cover is BEAUTIFUL *.*


you know that one bad song every artist/idol releases....
well this is their's :{
not completely bad though...

It’s been revealed that 9mm Parabellum Bullet will be releasing their new single, “Heart ni Hi wo Tsukete“, on October 24th!

9mm Parabellum Bullet is currently holding summer festivals and live events across Japan. Their upcoming single has already been performed during their concerts, and it’s described as an upbeat tune that’ll make you want to dance.

“Heart ni Hi wo Tsukete” will be available in both limited and regular editions. Both types will come with 4 songs, and the limited edition will include a band score.

There will also be special perks for first press editions. Further details will be revealed later.

On August 8th, it was reported that 7-member girl group from Taiwan, “Weather Girls“, will be making a CD debut in Japan.

After some Japanese programs such as “Tokudane!”, “Mezamashi TV”, and “Nonstop!” introduced them one back in April, the girls caught attention in Japan and led to their debut, and the 7 cute members, who are skilled in singing and dancing, were chosen for the group.

Their debut song titled “Koi no Tenki Yohou“, a pop dance track, will be released under PONY CANYON on October 17th, and has been produced by Jeff Miyahara, who has worked with various artists.

The leader of the group, YUMI, commented, “Our dream is to appear on NHK’s Kohaku Uta Gassen. We would like to make an appearance on weather report programs in Japan as well.”

The group will be making an appearance as the opening act at the “a-nation musicweek”, which will be held on August 10th at Yoyogi National Gymnasium, to perform their debut song.

NOW WATCH THE GIRLS IN ACTION:

AND ANOTHER ONE TO SHOW VARIETY