Both songs are from the album 13 Colorful Character, which will be released 9/12. Waratte! YOU is sung by the 9th and 10th generation members, and Dokkan Capriccio is a group song.

Kanon's line near the end of Waratte! YOU is <3. Dokkan will probably be better live. All I need now is a preview of Sayumi's solo.

Hilcrhyme has announced that they will release a new single titled "Jigsaw Puzzle" on September 12th.

The hip-hop duo's 11th single will feature 2 tracks, the title track and the coupling track "Technical".

A limited edition version of the single will be available and includes a DVD with the music video for "Jigsaw Puzzle".

In related news, Hilrhyme will make an appearance at the outdoor event "Ongaku to Higetachi 2012 ~rainbow~" on August 25th.


A whole generation of viewers has grown up with the influences of anime and manga, and will be passing this interest on to their children. 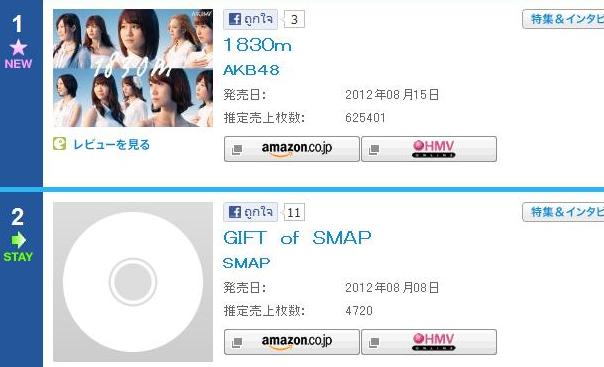 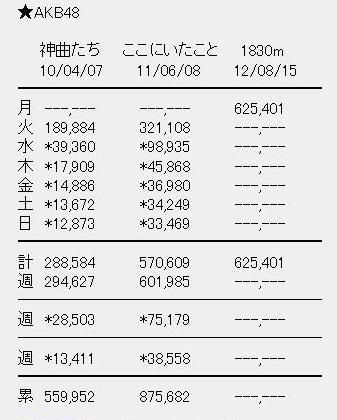 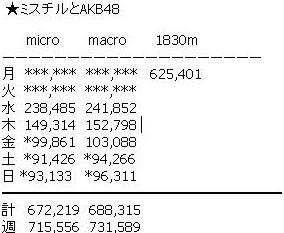 Seriously,now I really would like to know who will get the Gold medal in the end of the year ..Mr.Children or AKB48 ? XD

The Good: If you buy both versions, you will get a special booklet that will contain "baby pictures" of the members.
The Bad: Not available for those who ordered via internet. In short, not for foreign fans. =(

"Aoppana" will be out this Sept. 5th. 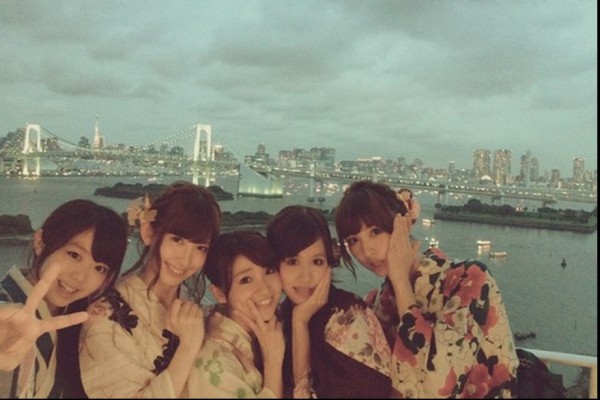 It was revealed on Shinoda Mariko’s blog that she and other AKB48 members recently held a fireworks party. According to the entry, Maeda Atsuko and Oshima Yuko organized the event so that Maeda could fulfill her wish of “wanting to watch the fireworks with everybody for the last time” before her graduation from AKB48. Shinoda also posted many photos of the AKB48 members in yukatas, against the beautiful backdrop of Tokyo Bay.

Oshima seemed to be having fun as she shared a kiss with Minegishi Minami, appeared in her swimsuit and tried to forcibly kiss Kojima Haruna. Shinoda Mariko wrote “There are a lot of funny photos, but for Yuko’s sake, I will exercise some self-restraint. lol.”

The organ and momentary chanting in the dance break is so weird.

After the 14 years and 4 months since singer Hamasaki Ayumi’s (33) debut in April of 1998, she has established a new record.  The August 20th Oricon Weekly Album Ranking (for August 6th through August 12th) shows the tally of sales from her 110 releases (65 singles and 45 albums) as 50,023,000 copies sold. This is the first time that the total sales of singles and albums have broken the 50 million mark  for a solo artist.

Since the Oricon ranking charts were established in January 1968, the only other artists to break the 50 million mark are B’z (July 13, 1998) and Mr.Children (March 26, 2007).  Hamasaki has thus become the third artist to have achieved this feat, in addition to being the first soloist to do so. The second-ranked solo artist below Hamasaki is Matsutoya Yumi, who has has a total of 38,390,000 sales, while for male solo artists, Fukuyama Masaharu ranks first with 21,633,000 in total copies sold.

she looks so good, but omg suffering from "Hikki" disease, aka shitty Western music that her Japanese music translated would be far superior

but still cheering on Kween AI