It’s a fact of life that summers in Japan are hot and humid, and the Japanese people have a long history of trying to find ways to cool down in hot weather. One tradition that has come about as a result is the telling of terrifying horror stories in the summer, for the purpose of getting “chilled with terror”. And right now with the summer in full swing in Japan, we are indeed in need of some “chilling.”

Well, to help those of us desperate to feel just even a little bit cooler, Japanese entertainment group Culture Convenience Club (CCC), which operates Tsutaya, one of the largest DVD rental chains in Japan, has released a list of the 20 most-rented horror movies in Japan over the past three decades (1983 to 2012 to be exact). So, let’s see which movies made the list.

Below is the list published by CCC – they’ve even rated the “scare factor” of each film on a scale of one to three stars, with three being the scariest.

So, what do you think? It’s not surprising to see movies from the “Ring” series, both the Japanese version and American version, make the list. There are some thoroughly terrifying classics like “The Exorcist”, “The Omen” or ”The Shining” that aren’t on the list, but I guess it’s difficult for older movies to rank high on a DVD rental list.

One movie I’m surprised is not on the list is “Cube” – now, that is one seriously scary movie which I would recommend to anyone who loves horror. I would also have expected to see “Saw” on the list, as the series was quite popular in Japan, but maybe the movie is a bit too gruesome to have mass appeal. Well, I’m sure you all have your favorite horror movies. Do let us know if there are any you can recommend to chill us to our bones on a hot summer night.

this list is okay, but I don't find J-horror all that scary rather really bizarre....my favorite is The Curse

so what are your fave horror or J-horror film arama?

it's in english bbs. let's educate ourselves on the most flawless j-pop artist.

So the Japanese elements are the mini-skirt police, horror movie, giant monster flick, lulzy names. I like that they went for something different with this.

The drama will be all about the lives of a woman in her mid 30’s (Kanno) and an ‘over-40′ woman (Amami) who either can’t or don’t want to get married. It will also focus on their friendship with each other, and their various struggles with love. Actor Tamaki Hiroshi is going to round out the main cast as one of many herbivore men who already suffer from a mental overload just by thinking about marriage.

In Japan, the number of unmarried women around the age of thirty and forty keeps on increasing rapidly and the drama is said to reflect the situation of those women as authentically as possible. It’s almost like an ‘adult version’ of last year’s Fuji TV drama ‘Watashi ga Renai Dekinai Riyuu‘, which focused on women in their twenties and their love problems.

Kanno portrays the 34-year-old ‘Chiharu’ who’s working as a contract employee and hasn’t had a boyfriend for five years. Although her 35th birthday is coming up very soon, she’s still living at her parents’ place. She does want to get married, but she’s too worried that it will end up in failure sooner than later. ‘Chiharu’ is a representative of women in their thirties who can’t get married. Kanno expressed her joy to be working together with Amami for the first time, “It’s such an honor“. She’s also at the same age as her character and continued, “I hope I’ll be able to portray the image of women these days in a proper yet humorous way. I’d like to focus all my energy on this project.”

On August 21st, it was announced that actress Yonekura Ryoko will be starring in the upcoming TV Asahi fall drama titled ‘Doctor X ~Gekai Daimon Michiko~‘.

In the drama, she will be the playing the role of ‘Daimon Michiko’, who is a freelance surgeon unrestricted by any medical organization and possesses brilliant perception with the skills of a veteran doctor. It’s Yonekura’s first role as a doctor, but similar to many of the previous professions she portrayed in dramas and movies, she does it with a lot of style and sex appeal. By mixing short pants that expose her long legs and the white robe of a doctor, she’s embodying a unique – almost immoral – kind of doctor who’s fighting her way through life as a lone wolf.

She expressed, “Unlike all the women I’ve played (on this network) before, she isn’t suffering from a trauma or some kind of haunting shadow. Maybe I can actually try to show you a more sexy and mature Yonekura Ryoko this time.” 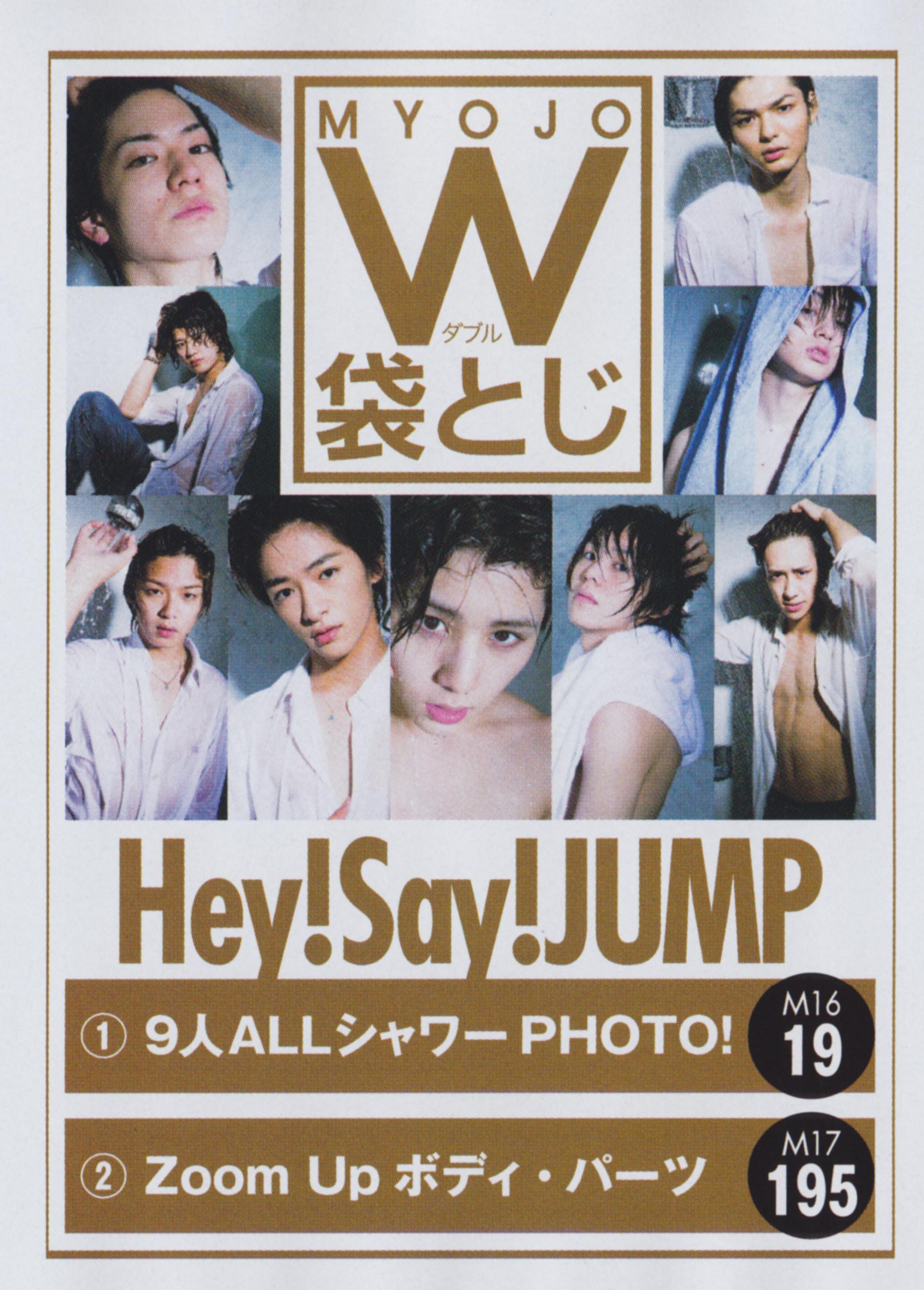 So I don't know about you guys, but I'm really loving this photo shoot. JUMP boys are flawless. <3

This season’s Higashino Keigo Mysteries which airs on Fuji TV every Thursday night has been suffering from sluggish viewership ratings and many negative comments. At the presentation of the completed first episode, actor Nakai Kiichi’s declaration on stage that “There’s no reason why it should be uninteresting with such a cast. If the viewership ratings are bad, it would be better not to make dramas anymore,” became the topic of conversation. Had Nakai bothered to ask fellow actor Karasawa Toshiaki, he might not have been so smug about the drama’s prospects. It was not so long ago that the much anticipated Fumou Chitai performed dismally in the ratings game.

Based on writer Higashino Keigo’s short stories, Higashino Keigo Mysteries is a mystery drama told in one-episode omnibus format. Nakai is the navigator who appears in all the episodes and each episode stars popular actors and actresses like Karasawa, Toda Erika, Nagasawa Masami and Suzuki Kyoka. Perhaps this star-studded cast of lead actors and actresses is what prompted Nakai to go so far as to say that “If it isn’t interesting, the fault lies with Higashino-san’s original work.” The drama premiered with 11.3% for its first episode, but has sunk and remained in the single digits which is certainly not good form.

credits to the awesome ladies who posted these gorgeous scans in Tumblr, most especially to chisatokoharu: HERE

I'm not sure if these scans has been shared here, but oh well, here they are. Again, credits to the lovely ladies of Tumblr. 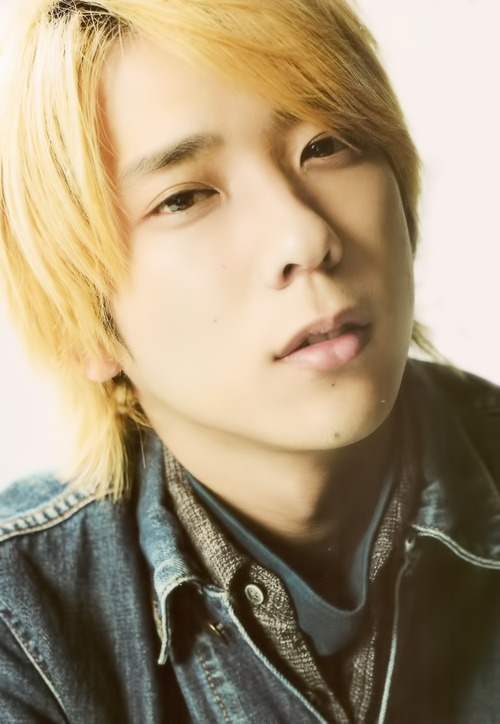 Johnny’s 7-member group Kis-My-Ft2, who celebrated their one year anniversary on the 10th of August, grabbed first place on the Oricon Weekly Singles Chart for the week of August 27 with their fourth single “WANNA BEEEE!!!／Shake It Up” (released for sale on August 15).  Their single sold 285,000 copies in its first week after release.

This is Kis-My-Ft2’s fourth consecutive first place ranking, which started with their debut song “Everybody Go” (released for sale in August 2011). It’s a brilliant achievement for the group as such success has not been recorded since Hey! Say! JUMP’s achievement with their single “Mayonaka no Shadow Boy” 3 years and 10 months ago on November 3, 2008.

“WANNA BEEEE!!!” is the theme song for TBS’ ongoing drama “Beginners!” (Thursdays, 9 PM), which stars members Fujigaya Taisuke (25) and Kitayama Hiromitsu (26). “Shake It Up” is the opening theme for Nihon TV’s “Shiritsu Bakaleya Koukou” drama (ended in June, movie adaptation to open in October), which stars member Miyata Toshiya (23). This was released as double A-side single.


somewhat awkward yet  very cute couple, i like!
loving the song and very nice PV

It’s been 6 months since the group released their last single, “Lady Diamond“. Their upcoming single will include “Kimi no Tame Boku ga Iru” as the coupling track, which was the image song for TBS/Fuji TV’s ‘2012 London Olympics Volleyball World Final Qualifier‘.


I really don't care for these Kamen w/e songs but she looks STUNNING!!!


his music has gone so downhill,omg

‘The Avengers’ finally opened in Japan and claimed first place by a wide margin.

This weekend was all about the belated start of ‘Marvel’s The Avengers‘ in Japan and even though the Japanese were forced to watch it a couple of months after the rest of the world, it catapulted right onto to the top of the box office chart. Over the weekend it grossed 500,932,250 Yen (6,306,586 USD) and attracted 326,109 people, which made it the most successful start of any American summer blockbuster in Japan this year. However, ‘The Avengers’ actually opened earlier on Tuesday and its cumulative result sounds even sweeter with a revenue of 1,386,002,650 Yen (17,449,357 USD) and 940,171 viewers in just six days.

The movie is a live-action adaptation of the omnibus horror drama of the same name on Fuji TV, which spawned a total of six parts between 2007 and 2009. Despite airing very late at night, it enjoyed great popularity and kept many people from falling asleep. The interesting part about this horror drama series is the fact that it doesn’t resort to ghosts or strange phenomena in order to scare the protagonists and the viewers. It simply plays with the feeling of despair and uncontrollable curiosity and explores the madness that lurks within each of us.

It’s directed by the same person who already directed the drama – Miki Kouichiro. Moreover it features actresses like Tanimura who already appeared in the drama such as Kinami Haruka, Satsukawa Aimi, and Iriki Mari. AKB48’s Miyazaki Miho will also accomplish her silver screen debut in this movie.

‘Torihada’ is split into several short stories that seem to be completely unrelated to each other at first glimpse. Tanimura plays a woman named ‘Hikari’, who works as an operator at a call center. Everyday she has to deal with all sorts of complaints. ‘Hikari’ is a plain and diligent woman, but she’s also having an affair with her boss. One day, after going home from work as usual, she notices that the name of her neighbor is the same as of one particular middle-aged customer who’s bothering her at the call center.

In the trailer we can see how ‘Hikari’ is getting showered with unreasonable insults over the phone at work. We also get a glimpse at the other stories where each protagonist’s ordinary life is gradually turning into a world of fear. The catchphrase which was released along with the poster on the same day reads: “Stories that will have you trembling with fear when staying up late.” The poster is also filled with ominous lines such as “Temptation and Suspicion,” “Abnormal Love,” and “Despair born from the discrepancy between dream and reality“.

‘Torihada’ is scheduled to open in cinemas nationwide on September 13th.