A teaser of the 3rd round Morning Musume's 11 generation audition has aired on Hello! Project tv show Satoyama Life. 56 passed to this round, not including the Kenshuusei who auditioned. How many progressed to the final round, the training camp, has yet to be revealed.

Credit: Youtube, snapshots from Narz, info garnered from these threads

Seems the Kenshuusei turned out in force for this one. All, some or none of the girls shown could progress to the final training camp. However, it wouldn't be a MM audition if people did not get overly attached to a girl and then get hysterical when she didn't get in, so: I get good vibes from Haruka and her voice seems solid. She also reminds me of Murakami Megumi, which can only be a positive. #TeamAnyoneButMogi though.

Tune in next time to see who Natsu-sensei will break like a twig and leave in floods of tears. ♥ 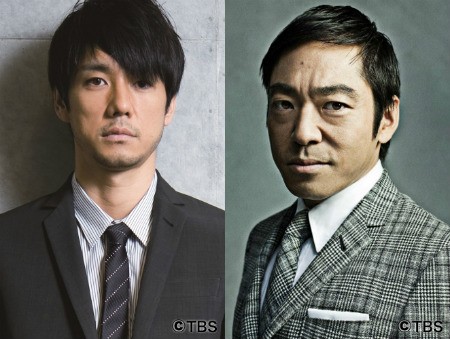 On August 23rd, it was revealed that the commercial TV network TBS and the private satellite network WOWOW will come together and collaborate for an upcoming fall drama titled ‘Double Face‘.

‘Double Face’ will be co-starring the two actors Nishijima Hidetoshi and Kagawa Teruyuki, however they won’t necessarily appear together on the screen all too often, because the drama will be split into two different perspectives inspired by the Hong Kong crime masterpiece ‘Infernal Affairs‘. Japan’s man for big-budget productions, Hasumi Eiichiro (‘UMIZARU’ series, ‘Wild 7′) will be directing this drama adaptation.

Nishijima will play a an undercover agent infiltrating an underground organization and be the main protagonist of the TBS version titled ‘Sennyu Sousa Hen‘ (‘Undercover Investigation’). Kagawa, on the other hand, will play a spy of said underground organization who infiltrated the police force as an elite detective. He will be the main protagonist of the WOWOW version titled ‘Gisou Keisatsu Hen‘ (‘Police Disguise’).

According to a report published by the Japanese Ministry of Education, Culture, Sports, Science and Technology (MEXT) Japanese high school students have markedly lower self-esteem and self-confidence than students in America and other Asian countries.

The report was published on August 10 and compares the attitudes and emotional well-being of high school students from Japan, America, China and South Korea.

The results are based on data compiled from three different MEXT studies conducted over the past three years. While the sample size varies slightly for each study, an average of around 1000 – 1200 high school students from each of the four countries were surveyed each year from 2009-2011.

We’ve translated a few of the results and posted them below. The report can be found in full here.

■ “I believe I have worth as a person” (Agree + Somewhat Agree)

■ “I tend to give myself positive feedback” (Agree + Somewhat Agree)

■ “I am satisfied with myself” (Agree + Somewhat Agree)

■ ”I believe I am a capable person” (Agree + Somewhat Agree)

A few of the more striking survey findings are:

The report is chock-full of other interesting statistics and should be an interesting read for anyone interested in education, assuming you can read Japanese.


kinda cheap but love it since they gave me a flawless album!

Tokyo’s outspoken governor said Friday he would visit a group of islands at the center of a bitter territorial dispute with China in a move that could inflame a heated diplomatic spat.

Shintaro Ishihara, well known for his nationalistic views, said he planned to land on the uninhabited East China Sea archipelago—called Senkaku in Japanese and Diaoyu in Chinese—in October.

His announcement Friday comes as nationalistic sentiments have flared both in Japan and China after pro-Beijing activists who landed on the islands this month were arrested by Japanese police and later deported.

Japanese activists and local legislators also landed on the Japanese-controlled islands, despite warnings not to do so by authorities.

Ishihara, who has been soliciting public donations to buy the islands from their private Japanese owners, added that a team of surveyors, biologists and local politicians would visit the disputed chain next week.

“We will conduct a survey again in October. I will go at that time,” Ishihara told Japanese media Friday. “If I get arrested, that’s OK.”

In April, Ishihara announced he was in talks to buy the three islands—Uotsurijima, Kitakojima and Minamikojima—claiming that Japan was not doing enough to protect the territory.

The chain includes two other islands and an outcropping of rocks.

Senior government officials were reportedly already negotiating with the owners, the Kurihara family, hoping to finalise a plan to nationalise the islands by the end of the year.

The chain is currently leased to the Japanese government, which is also embroiled in a diplomatic row with South Korea over a separate group of islands.

Source:http://www.japantoday.com/category/politics/view/if-i-get-arrested-ok-says-ishihara-on-his-upcoming-visit-to-senkakus
In my opinion, why the hell is he still governor? Just *facepalm* You think they will stop this by now. 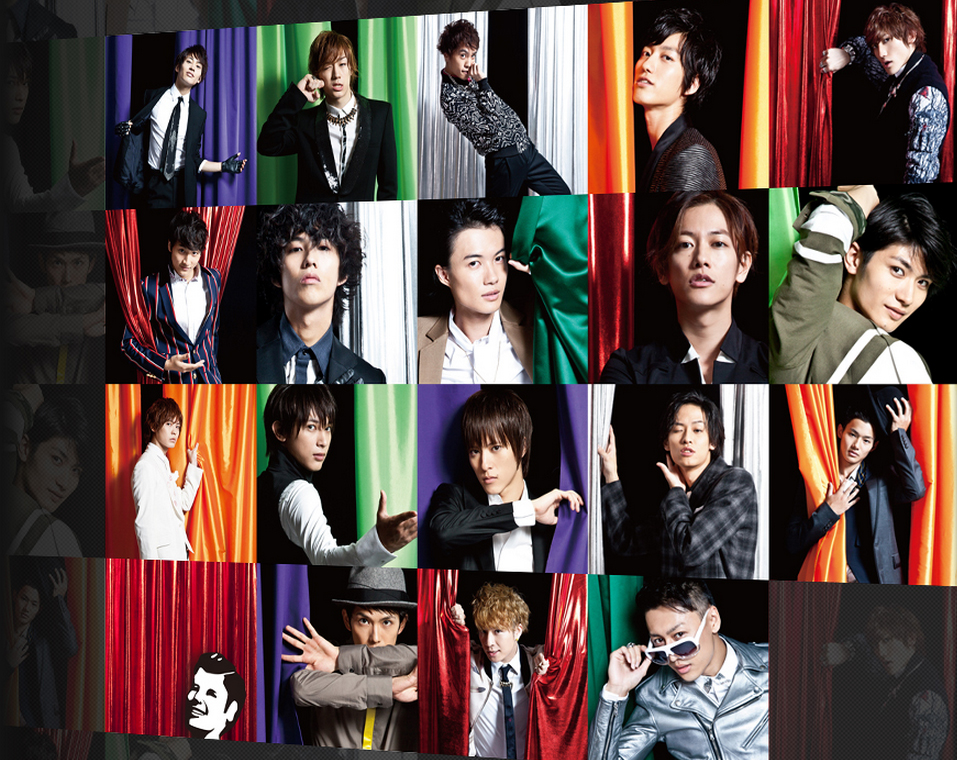 The annual 3-day event which gathers selected boys from the talent agency AMUSE and their fans has been announced on it's official website. The event will be held at Pacifico Yokohama National Convention Center on December 26, 27 & 28.

I figured there'd be Amuse fans to flail with here on arama too. :')) 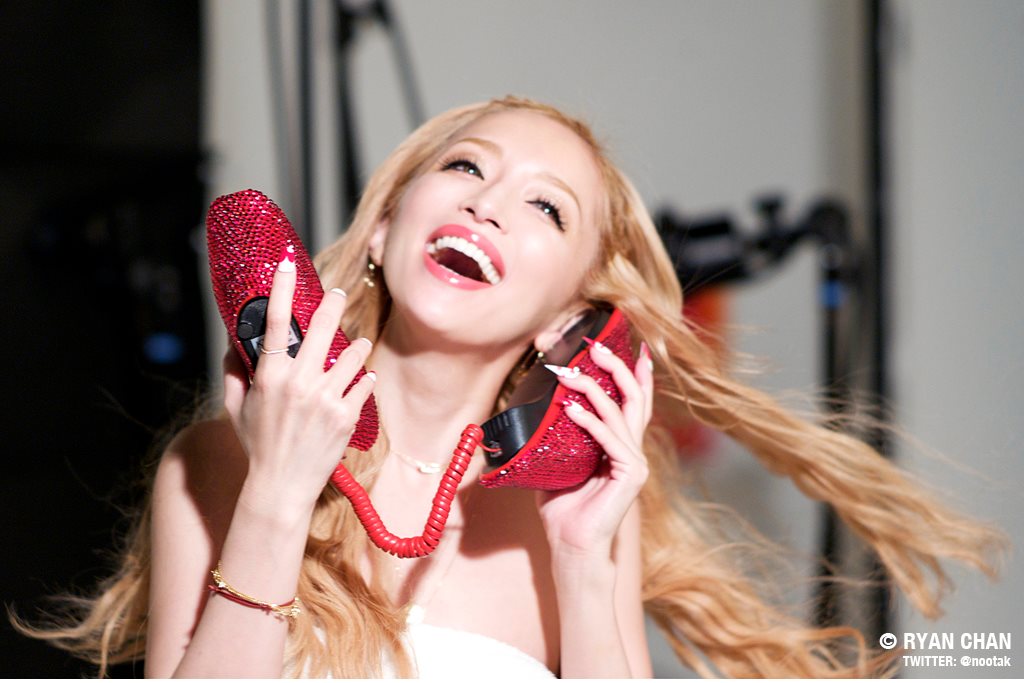 This will be the first part of LIFE STYLE BOOK series, the release date is 31.08.2012 at bookstores nationwide. 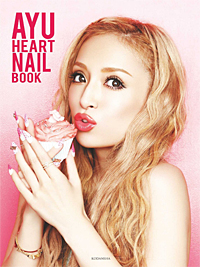 
Wished she released one big book then a series, but excited I love Ayu's style
Collapse