TANAKA KOKI'S SOLO PV- BLACK OR WHITE is out!

since you're asking for it folks, im gonna give it to yah all

On September 9th, NTV announced that NYC’s Nakayama Yuma is going to star in their upcoming late-night drama ‘Piece‘.

The drama is based on a manga of the same name by Ashihara Hinako, which has been serialized in the shojo manga magazine ‘Betsucomi‘ since 2008. Nakayama will be playing a cool college student who has to face his shadowy past after meeting a classmate from his high school days, with whom he has been going out at the time. Additional to the love story between those two, the story also contains elements of suspense as the two of them approach their past together.

Nakayama’s last lead role in a drama dates back to ‘Koishite Akuma‘ (Fuji TV) three years ago. He commented, “I’d like to create a character that all viewers will be able to connect with.”

The said ex-girlfriend will be played by actress Honda Tsubasa. Moreover you can look forward to the appearance of Johnny Jr.’s Matsumura Hokuto.

NTV is going to air ‘Piece’ every night from Saturday to Sunday at 0:55 am, with the first episode airing on October 6th.

Other Johnny Juniors in the cast:
credits here  and here

The juniors are everywhere this year. 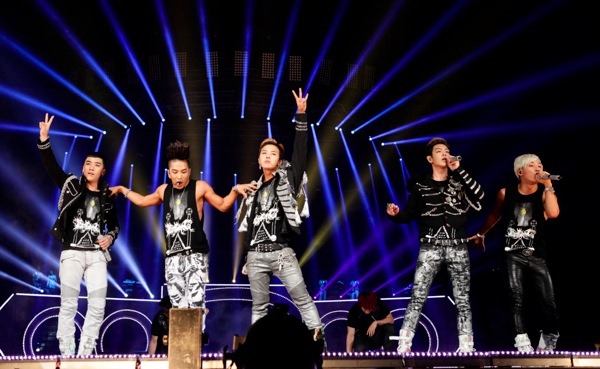 On September 10th, YG Entertainment announced that an additional concert date had been added as a finale concert for their ‘Big Bang Alive Tour 2012 in Japan‘. Following their concerts to be held at the Kyocera Dome in Osaka (November 23rd and 24th) and at the Tokyo Dome (December 5th), the ‘Special Final in Dome‘ concert will be held at the Yahoo! Japan Dome in Fukuoka on December 22nd.

Earlier this year, Big Bang held their a Japanese concert tour in May and June hitting up 5 cities with 13 concerts. With the addition of their remaining concerts in 2012, Big Bang will have performed for 355,000 audience members in Japan.

According to YG Entertainment, 150,000 tickets were originally prepared for their concert tour earlier this year, but over 1,000,000 ticket requests were received. Big Bang’s Dome tour was created as an expression of gratitude for the endless requests made by fans who were unable to attend their concerts. However, as their Dome tour became yet another hit in ticket sales, the Fukuoka stop has been added to the tour.

Japanese “light novels” are a type of short and often serialized young adult novel that are usually heavy on dialogue and light on narrative depth. The growing popularity of light novels has made them common choices for manga and anime adaptations, such as the Haruhi Suzumiya series.

One of the more popular light novel series in recent years is “My Little Sister Can’t Be This Cute,” which tells the story of a normal high school student who finds out his prodigious younger sister is actually a closet otaku, obsessed with anime and incest-themed adult computer games…

It’s probably less unwholesome than it sounds (at least by Japanese standards), and the point is that the series has become so popular that it has spawned an anime and manga series as well as several video games.

It has also seemed to usher in a new craze of light novels about the relationship between normal older brothers and their not-so-normal little sisters.

Here is a list of 12 titles of “little sister”-themed light novels planned for release through mid-October. See covers in the photo below.

So what is it about stories featuring borderline (overtly incestual?) romantic relationships between young men and their little sisters that appeal to middle and high school males, the primary light novel demographic?

You can watch it on Youtube, embedding is disabled


this song and pv

On September 10th, actor Shinotani Hijiri (22) was arrested on the suspicion of rape by the Machida Police Station in Tokyo.

Shinotani is being accused of having raped a teenage girl on the night of August 9th. Allegedly, the girl was on her way home in Machida, when he suddenly started to call out to her and kept on pulling her hand. She was then dragged into a local building and assaulted by him. The injuries on both arms of the victim have taken a whole week to recover.

According to the Machida Police Station, there is no doubt that it was an act against the will of the young woman.

They were able to arrest Shinotani, because he apparently left his phone number and his name after the act and told her that they should go out together sometime.

The actor just made his comeback two years ago after a short hiatus and joined the actors’ group ‘NAKED BOYZ‘. So far he’s only made it into a couple of stage plays, but he did appear in the movie ‘NAKED BOYZ Short Movie Vol.1‘ alongside AKB48’s Fujie Reina in 2011.

SMAP‘s Takuya Kimura will be starring in an all-new drama this fall, titled: “PRICELESS“. The story revolves around a normal salaryman who suddenly finds himself fired from his job, losing everything he has, and starts living in streets. Kimura, who has played countless of roles,such as: Public Prosecutor, Prime Minister, and race car driver, will find himself playing the role of an impoverish man.

The drama is yet to start, but it has attracted negative reactions from fans. Even if it just a drama, fans think that it’s unreasonable for someone of Kimura’s caliber and superstar status to play a poor man‘s role. Fans are also worried if televiewers will be able to empathize with Kimura’s character since it’s a well known fact that Kimura is a millionaire and lives a comfortable life.

“He still commands millions of Yen for CMs. During his days-off, he goes out with his family for some surfing, or he can be seen playing golf with Goro Inigaki,” a person who knows Kimura stated.

Furthermore, some are wary with Karina playing the heroine. In fact, rumor has it that even Kimura showed disapproval when Karina got chosen. Although the reason is unknown, some speculates that it has something to do with Karina’s small face and height. Moreover, Kimura was vying for Ayase Haruka to play the heroine, but since Ayase has a full-packed schedule, the role went to Karina.

Lastly, whether the viewers will love the poor man KimuTaku, it’s yet remained to be seen.

Didn't see this posted, so here it is just in case anyone wanted it. :) MY JAMMM. <3 'Naked' in its glorious PV form was posted earlier, if you missed it (hint: you don't want to, lol).

5member girlgroup will be releasing their debut single this week! September 12!