It has been reported the duo’s concert was held in Tokyo Dome. The last time they had a concert there was when they made their debut in 2002.

“I want to make this a special moment worthy of a 10 year anniversary,” Tsubasa Imai said.

To start with, both Imai and Hideaki Takizawa insisted the concert’s stage be a recreation of a historical Johnny’s stage set. The stage design is identical to the one used in the first ever stadium concert tour by a Johnny’s group, Tanokin-Trio’s (Johnny’s senior talent Masahiko Kondo was a member), including a concert at Korakuen stadium, which was the Tokyo Dome of Tokyo until it was demolished in 1987. More than 45,000 fans at yesterday’s concert were treated to a sight of the first Johnny’s stadium concert set, tweaked modern features like a 25-metre crane, 150 tons of water, 20,000 balloons, and motorbikes.

It has been reported for three hours, Imai and Takizawa sang more than 30 songs, and had guest appearances by more than 300 of their junior talents including Tomohisa Yamashita, Kis-My-Ft2, Hey! Say! JUMP, Sexy Zone, A.B.C-Z, Kansai and Kanto Johnny’s Jr. Takizawa had even tried some Kis-My-Ft2 stunts by showing off his own rollerskating skills when he performed WANNA BEEEE!!! with the group.

During one of the talks, the two talents talked about how grateful they were to be a duo group. It has been reported Johnny’s president Johnny Kitagawa had originally planned for Takizawa to become a solo artist, but Takizawa fought back by saying he was more of a team player and wanted Imai to be his partner.

“There have been times that Tsubasa and I have cried and laughed together. I’m so happy you’re my team mate,”Takizawa said.

“I believe that Takizawa possesses the showbiz quality that our president wants. I hope we can continue showing this Johnny’s spirit,” Imai said.

Tackey is the juniors' mentor afterall
Though I like T&T, I wonder how it would be if Tackey did debut as a soloist as Johnny wanted him to

It has been reported when pop stars talk about their love life, most of the time it is either brief or something which happened when they were at primary or junior high school. But in this month’s Poporo, Ueda told a slightly different story, which is also likely to be recent.

My image of Ueda is someone who doesn't run out of dates, lol

Perfect Blue
Date: From 8.00 p.m., Mondays, 8 October 2012
Station: TBS
Cast: Takimoto Miori, Hirayama Aya, Mikami Kensei, Shiratori Kumiko, Nakagawa Taishi, Takahashi Haori, Aso Kahori, Funakoshi Eiichiro (voice only), Negishi Toshie, Watanabe Tetsu, Terawaki Yasufumi, Zaizen Naomi
Synopsis: Hasumi Kayoko (Takimoto Miori), the rookie investigator at the all-female Hasumi Detective Agency, always observes people and cases in a level-headed manner. She detests lies and secrets, and has a strong sense of justice. Her late father worked at the city news desk of a newspaper, but committed suicide 7 years ago. However, the truth lies in darkness and Kayoko’s mother, Kyoko (Zaizen Naomi), the agency’s director, has been secretly pursuing the facts. An incident becomes the catalyst that entwines Kayoko and the people around her, and she closes in on the truth behind her father’s death.
Website: www.tbs.co.jp/perfect-blue


Priceless
Date: From 9.00 p.m., Mondays, October 2012
Station: Fuji TV
Cast: Kimura Takuya, Karina, Nakai Kiichi
Synopsis: Originally a mid-level manager (Kimura Takuya) with a promising future in a big corporation and loved by his subordinates, the life of this elite employee changes dramatically one day. Having for some reason attracted the attention of the senior management, he is framed for a crime which he knows nothing of and forced out of the workplace. Even after that, he is assailed by a series of surprises and in one day, he loses his house, wealth and handphone until he is without a cent to his name. At his wits end, he comes to a park where he encounters two children. Learning from them how to survive even if he does not have money, he somehow weathers this crisis and discovers the truly important and priceless things in life. The good thing about him is that his carefree personality amazingly does not shift. It is not resentment and bitterness that become his driving force, but the love and help of the people he meets that enables him to keep go forward step by step.
Website: -

SMAP leader Masahiro Nakai is known to be the busiest of the group, but his new shows may have boosted his salary to almost 700 million yen (about US$9 million), reports Tokyo Sports and Johnny’s Watcher.

It had been estimated Nakai had earned 500 million yen in 2009, but this year the Johnny’s talent has worked on drama series ATARU and been the main reporter for the London Olympics. On top of this, he has been given two new regular shows this year, プラチナイト (Platinight), which started in April, and ナカイの窓 (Nakai no Mado), which starts in October.

“That means Nakai now has nine regular shows, and if you include TV specials then it goes into double figures. That’s why they’re saying he’ll make 700 million yen this year with all his TV shows and commercials,” one source said.

To make a rough calculation of how much work that is, from March to August this year Nakai has been in:


It has been reported most of Nakai’s shows are variety shows, and there is a reason why the SMAP leader is such a popular pick.

“Of course Nakai is a talented host, but what many people don’t know is that he takes part in meetings where shows are being planned out. He has a good eye for telling what ideas would be good, and which ones should be thrown out. Variety shows don’t get high ratings just because Nakai is in it, it’s because he only chooses shows which are likely to get high ratings. As a result he’s become a popular figure in variety shows, he constantly gets more offers, and his pockets get filled with more gold. You’ve got to admit it, he’s got talent,” one TV writer said.

It’s been announced that actress Kawaguchi Haruna will be playing the heroine for the upcoming special drama “Kindaichi Shonen no Jikenbo Hongkong Kowloon Treasure Murder Case.”

The heroine ‘Nanase Miyuki’ has been played by Tomosaka Rie, Suzuki Anne, and Ueno Juri in the past, so Kawaguchi will be the 4th generation ‘Nanase Miyuki’. Kawaguchi, who claimed to be a big fan of the original manga as well as its drama adaptation, commented, “It’s such an honor for me to be able to participate in this! I still cannot believe it, but I would like to try my hardest to play the role of ‘Miyuki’, who I have been longing for.”

The special drama is based on the popular ongoing manga (written by Amagi Seimaru and illustrated by Sato Fumiya) that has been serialized in “Weekly Shonen Magazine” since 1992, and the story for the drama will be set in Hong Kong. The protagonist ‘Kindaichi Hajime’ and his childhood friend ‘Nanase Miyuki’ visit Hong Kong since “Miyuki’ happens to attend the international fashion show as a model.  While they go sightseeing, ‘Miyuki’ gets kidnapped, and a model named ‘Yang Lan’, who looks exactly like ‘Miyuki’, shows up in front of ‘Kindaichi’. In order to find ‘Miyuki’, ‘Kindaichi’ asks ‘Yang Lan’ for help, however, on the eve of the fashion show, the first murder occurs…


omg she is just naturally cuter than all your faves

China has sent two patrol vessels to a group of islands at the center of a territorial row with Japan, state news agency Xinhua reported Tuesday, after Tokyo said it would nationalize them.

On September 11th, the entertainment agency GPR and the actor’s group NAKED BOYZ announced on their website that the contract with actor Shinotani Hijiri has been canceled in the wake of his arrest on the suspicion of rape yesterday.

In GPR’s official statement and apology towards his fans, they once again confirmed that Shinotani was arrested as reported in the news and that they have canceled his contract as of today. They also explained that they have not yet been allowed to talk to the actor himself and that they have to rely on the media for updating them with new information just like everyone else.

However, Shinotani himself admitted to the accusations made against him and reportedly told the police that he was completely drunk that night and must have forced himself on that teenage girl. According to the GPR, Shinotani’s antisocial behavior is unforgivable, thus his management had to cancel his contract. They apologized to everyone related to the agency and to all the fans for letting him cause everyone so much trouble.

Following up to this post, singer-songwriter/fashion designer MEG has revealed the covers for her new album "WEAR I AM" today! The new album’s design is a collaboration with the British fashion brand Eley Kishimoto, and the limited edition cloth box art features the brand’s signature print. Meanwhile, on the regular edition cover, MEG is seen modeling an exclusive dress from Eley Kishimoto which has yet to be released.

WEAR I AM’s limited edition will contain a special DVD, origami paper using the same pattern in five different colors, and photo cards. The album drops on MEG's very own birthday, which is October 3rd.

This woman can never do ANY wrong. PERFECT HUMAN BEING~ ♡ 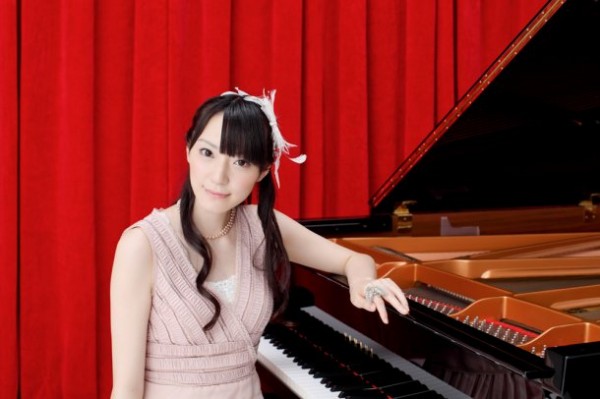 This piano instrumental album,”Kokyuu Suru Piano” will contain 7 of AKB48’s hit singles such as “Heavy Rotation“, “Flying Get“, “Everyday, Kachuusha“, and “Ponytail to Shushu” as well as 3 original tracks produced by Hattori Takayuki. It will be released on October 3rd in 2 different versions: CD+DVD and CD-Only.  The jacket cover for the CD+DVD version was illustrated by fellow AKB48 member, Sato Natsuki,while CD-only version was also directed by another AKB48 member Ishida Haruka.

On the album’s release day, Matsui will hold an commemorative event at Kioi Hall in Tokyo. The official website for ‘Kokyuu Suru Piano’ is currently looking for fans to attend the event.

Take a look at the jacket covers, track list, and short PV for “Tamashii no Idou ~Gugutasu-min no Theme~“ below!

Kyary Pamyu Pamyu is the undisputed star of Harajuku fashion today. Over the last couple of years, we watched with astonishment as Kyary evolved from being a cute high school girl with a kawaii sense of style who we would would often see wandering the streets of Harajuku into a star with a best-selling album, countless TV appearances, and huge billboards all over Tokyo. Cementing her “queen of Harajuku” status, the mayor of Shibuya has bestowed the title of “Kawaii Ambassador of Harajuku” upon Kyary.

Kyary’s crowning as “Kawaii Ambassador of Harajuku” took place during a ceremony at LaForet (the most famous department store in Harajuku). The event featured a presentation on the history of Harajuku, appearances from several famous “kawaii” models (including Seto Ayumi), speeches by several important figures in the Harajuku business community, and the presentation of Kyary’s new title by Shibuya mayor Toshitake Kuwahara.

Kyary talked about her discovery of Harajuku during high school, how she became popular after appearing in street snaps, her modeling work, and how Harajuku has changed her life and made her happy. Kyary’s job as Harajuku’s Kawaii Ambassador will be to “transmit Harajuku culture to the entire world”. That’s a task that Kyary has already been enthusiastically undertaking – from her trip to Los Angeles last winter to her French concert earlier this year.

With city and business leaders involved, the ceremony was a big deal and definitely had a few serious moments. That said, the theme of the night was “kawaii” – and there’s only so serious you can be when you’re wearing a dress and hat covered in colorful toys. Kyary Pamyu Pamyu kicked off her Harajuku Kawaii Ambassador reign with a high-energy live set featuring her hits “PonPonPon” and “Tsukema Tsukeru” – accompanied by cute dancing kids and lions. 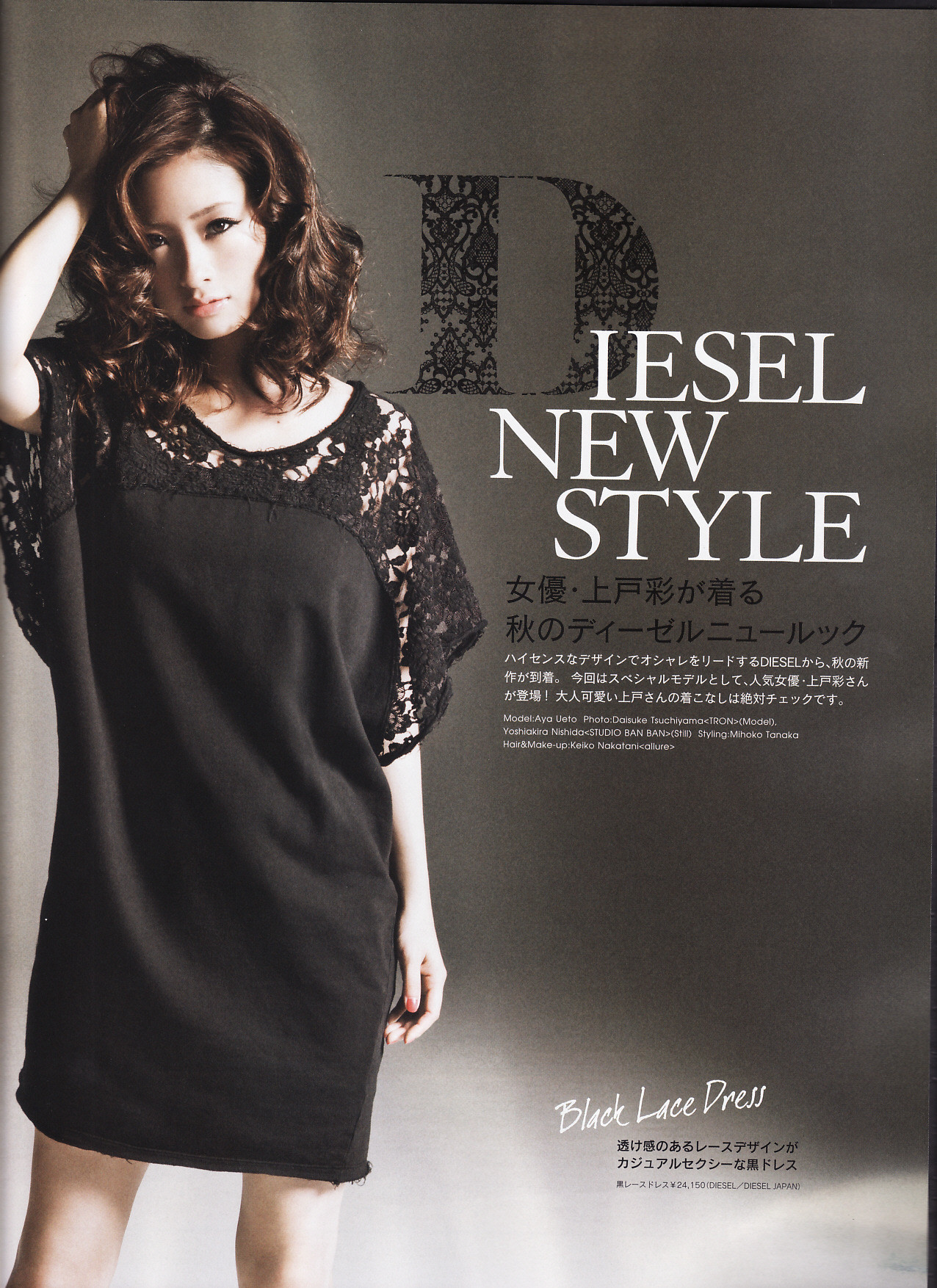