SAN FRANCISCO -- Joining large, angry demonstrations in Asia, Chinese-Americans from throughout the Bay Area massed in this city's Chinatown on Saturday to denounce Japan's purchase of an island chain that has long been the focus of a bitter dispute between that nation and China.

A few thousand people crammed into Portsmouth Square at the base of Chinatown to clap, chant and cheer as a series of speakers decried Japan's announcement Tuesday that it had bought the three uninhabited East China Sea islands, called Diaoyu in China and Senkaku in Japan.

Hoisting banners and signs reviling Japan's action as well as its bloody occupation of China during World War II, the protesters paraded down nearby streets.

For many people of Chinese descent, Japan's announcement regarding the islands has brought to a boil intense animosities that have simmered for decades.

"Of course we are angered," said 72-year-old Ying-Ying Chang of San Jose, whose late daughter, Iris Chang, wrote the best-selling book "The Rape of Nanking," which detailed Japan's mistreatment of the Chinese during the war. 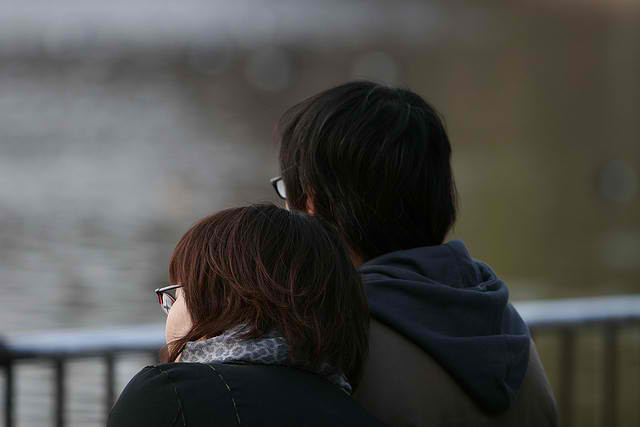 Icha Icha is a Japanese term used to describe anything from light flirting to making love. It includes things like ‘necking’ and ‘making out’, but also holding hands or even just entwining pinky fingers.  Drawing close and giving long meaningful looks is also included in the realm of icha icha.

Traditionally, Japan is not a touchy country.  Unless you are jammed up against somebody on a rush hour train, you tend to keep yourself to yourself.  Just think of how hands off bowing, the traditional greeting between two people, is.

Although more young people these days tend to hold hands or hold on to each other in some way, kissing in public, is still quite taboo.  It has always been quite shocking to see any couple kissing in the street or on the subway in Japan.  (Possibly the refrain to “Get a room” or “take it elsewhere” is universal, but such public displays of affection have always been less frequent in Japan than say, the US or France.)

Being a relatively new thing, this public icha icha-ing,  has no guidelines to it.  More and more people find themselves in the uncomfortable situation of coming face to face with icha icha without knowing how to react to it.

Yahoo! Japan asked readers for their thoughts on where they draw the line on public displays of affection. In other words: How much public icha icha you are willing to put up with?

BENI will be releasing a second cover album called COVERS 2 in succession of her first one. Her first COVER album released last year in March has outsold her debut UMJ album Bitter&Sweet becoming her best album to date with more than 180,000 physical copies sold and doing extremely well digitally. If you don't know BENI takes popular songs from male Japanese artists and translates them to English. COVERS 2 will be out November 7 and will come in CD and CD/DVD.

Tracklist so far ( I linked the orignals so you can listen to these classics):

I liked the first one, the lyrics didn't do it for me on some songs
so I am kinda bummed she is doing it again, same format.. -__-
but it got Japan to pay attention to her, so I am rooting her on 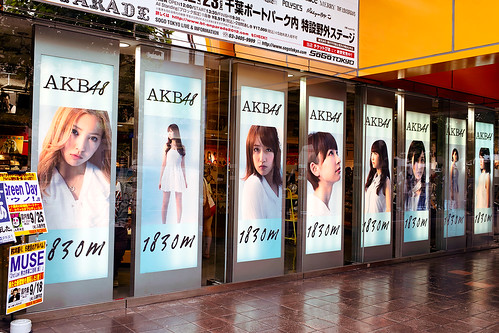 Popular idol group AKB48’s 4th album “1830m” has now reached a total sales of 1,002,000 copies after 5 weeks since its release.  Though 9 of AKB48’s singles have reached sales surpassing the million mark, this is AKB48’s very first album to sell over a million copies ever since their major debut back in October 2006.

It was also the first time in a year and 11 months for an original album to have sales over a million copies since Arashi achieved it with their “Boku no Miteiru Fuukei” (released in August 2010, total sales of 1,131,000 copies) back in October of 2010. As for female groups, it’s been almost 9 years since 12 Girls Band’s “Joshi Juni Gakubou~Beautiful Energy~” last achieved this in October 2003, total sales of 1,661,000 copies.

AKB48 has released 3 singles in the year, and all of them are millon-selling singles.  To sell over a million copies for both single and album within the same year have not been achieved in 10 years since it was last accomplished by Hamasaki Ayumi back in 2002 with her single “H” (released in July 2002, total sales of 1,013,000 copies) and album “I am…” (released in January 2002, total sales of 2,308,000 copies).

Anti-Japan tempers continue to flare in China. Japanese stores are being vandalized and looted, and Japanese factories are being destroyed. The images emerging from China can be described as unreal—shocking, even.

Last month, the anti-Japan protests started brewing in China over disputed islands (called "Senkaku" in Japan and "Diaoyu" in China). There are supposedly oil reserves near the uninhabitable islands, the control of which the U.S. transferred to Japan in 1972. This month, the Japanese government nationalized the islands, setting off China. These latest protests are even more widespread—erupting at over 100 cities across the country—as well as more violent and vicious.
According to AP, Japanese stores such as Aeon, Heiwado, Uniqlo have been vandalized. A Toyota dealership and a Panasonic factory in Qingdao were set on fire. Many Japanese restaurants—or Japanese sounding—restaurants have also been attacked by mobs.

Even the new Resident Evil movie has been marred by the tensions between China and Japan. 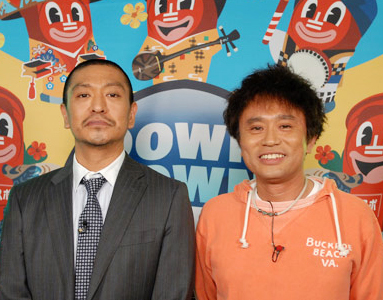 Fujitv's HEY!HEY!HEY will be ending it's production at the end of the year. H!H!H first started airing in 1994 and since it's creation as been hosted by the popular comedic duo Downtown (Masatoshi Hamada & Hitoshi Matsumoto).

The final episodes air date has yet to be determined.

YUI has just released her single “fight” on September 5th and now she is going to work with various artists to create a cover album of her songs titled “SHE LOVES YOU”. The album will be released on October 24th.

YUI will be in charge of editing the album and the following artists will be doing covers of YUI’s hit songs: miwa, SCANDAL, Negoto, Nakagawa Shoko, Kylee, STEREOPONY, Ide Ayaka, Aoi Eir, joy, Goose house, Sawai Miku, and Dancing Dolls. In addition to that, YUI will be doing her own self-cover that is recorded from her live.