will be released digitally on Itunes on 9/24, physical single is yet to be announced.

On September 21st, 10,000 fans attended TOKIO’s “TOKIO LIVE TOUR 1718″ on its first day in Budoukan (Tokyo). This day was also TOKIO’s Debut Anniversary, commemorating single “LOVE YOU ONLY” released in 1994.

In an interview held before the concert, Yamaguchi Tatsuya said: “18 years ago, these 5 made a start, I never imagined we’d be able to create such good memories over the past 18 years. For this, I would like to thank members and fans”. After the concert he added “Ahhh, I’m happy! It was really emotional”. During the day of anniversary, drunk leader Joshima Shigeru sent a mail to all members saying “This year too, take care of me!”, Yamaguchi revealed and added that because of this, they were able to receive their anniversary laughing.

Matsuoka Masahiro added “18 years is a young age yet we’re 2 years away from becoming adults, when you think about it, there’s no sense of discomfort for TOKIO to become a group of old men”. ”When we asked Johnny-san if he would attend the live he said ‘You-tachi can do good on your own!’ and so he did not come”, he jokingly grumbled. “To Japan, we’re probably a group of old guys. So we’ll do a celebration according to it” “We have the power of experience so it’s not time yet of being defeated by juniors”.

In addition, Kokubun Taichi said “Since Arashi is also performing (they had a live that day in Kokuritsu Stadium) and have gathered almost 70,000 I was wondering if anybody would come to see us?”. When asked if they would held a concert next year in Kokuritsu Stadium, he jokingly replied “Maybe we can do and all-standing in the Futsal field next to it (Stadium)”.

The concert started with Nagase Tomoya shouting: “Today is the day we, TOKIO, were born. Let’s create the greatest memory ever”.

On September 23rd they will conclude the tour by making a live broadcast of Budoukan, to be displayed in 94 cinemas across the country.

*Selection of articles across the net/
Not proper full-translation of any of them.

Kimi wo Omou Toki is still such a beautiful, nostalgic song. Happy 18th TOKIO!
(anyone has the MS live of the song, where the members are sitting surrounding Nagase while playing guitar?)

42-year old German resident and recently self-published author Marcus Herzig, lovingly called Kamichan by his intelligent, completely sane followers, claims child pornography should be appropriate in his new tell-all book about the Johnny's Entertainment fandom, aptly named "Memoirs of a Johnny's Fanboy". HappySpork has got the inside scoop on the story, with previews of the book provided by Amazon! Below is a small review that focuses on the book.

( Collapse )
Herzig is already famous for several controversial quotes, including thinking pedophilia is not a crime, little girls holding babies can be interpreted as the girl having had sex with a man, and wanting to get close to a 13 year old's crotch and has actually written child pornography.
Source: Amazon Book Preview

It's official, Akanishi Jin and Kuroki Meisa have finally welcomed a baby girl into the world.

The healthy baby was born the 23rd (the same day was Kamenashi Kazuya was born) this afternoon in Okinawa, Japan. Meisa gave birth earlier that expected by 40 days. Jin was reportedly in the delivery room too and took pics of their new baby girl. They announced the birth by sending a fax to the mass media.

"After going through what seemed like a long yet was actually a short period of time, we are finally able to meet her. Together as husband and wife, we are going to raise this new love, and life up properly and with great importance, using our strength and support towards each other," the fax stated.
"We want to thank God and this wonderful wonderful miracle. From now onwards too, we want to continue spending everyday with endless smiles as a family."
Source

Last Sept 20th and 21st, Arashi marked their 5th year in Kasumigaoka Stadium with a music festival called “AraFes“. The 5-member group opened the music extravaganza with “Happiness” as they entered the stadium on top of cranes as 5-color balloons flew. The crowd’s excitement heighten as the cranes start moving to take Arashi closer to their fans as they sang their 3rd tune,”Love Rainbow“.There were no flying stunts, but the group took advantage of moving cranes, stage, runways, and towers. As promise before, Arashi didn’t get the help of Johnny’s Juniors as dancers, it was just the five of them doing almost everything.

After Masaki Aiba‘s solo song, “Friendship“, Matsumoto Jun performed “Shake it!” with the rest of Arashi as back-up dancers.

This is their way of challenging themselves and thanking 270,ooo fans who voted songs for this concert. When a reporter commented on their
closeness to achieve all of those, “this is something we owe to the fans, we achieve this kind of chemistry because of them and were truly grateful,” Sakurai Sho commented.

With no rest in between each songs, the group were all tired and almost out-of-breath during the MC part. Kazunari Ninomiya commented, “I will always be grateful to Juniors”. Ninomiya also added that he did enjoy dancing like Juniors again.

Out of all Arashi’s songs, 37 of those were performed during Arafes with “Face Down” voted as the no.1 single. Most of the voted singles/couplings are songs that the group haven’t performed for a long time. Matsumoto complained that Aiba have forgotten most of the songs’ lyrics, while Sakurai added that Aiba sometimes sings others lines. Aiba countered that it not just him, some of them have also forgotten some lyrics and since  it was hard
to sing from memory alone, they have to memorized from scratch, which is harder.

During their 26th song, a full orchestra was revealed behind the stage screen who provided musical accompaniment for “One Love” while their last song, “Kansha Kangeki Ame Arashi” was full-on performance level.

As 1,500 fireworks display illuminated the sky, Arashi sang “Love so Sweet“, the 3rd song for the encore, and thanked everyone who joined them for AraFes.

This large-scale performance reportedly have used 300 tons of water, 1,500 fireworks, and 30,000 balloons together with 70,000 fans who joined Arashi for 3 1/2 hours of performance. With another AraFes planned next year, Arashi as “national legend” is most likely to continue.

Ieiri Leo's first album LEO will be released October 24.
Her first album will include her 3 singles so far(Sabrina, Shine, & Bless You)
A total of 13 tracks
Hello will be the only B-side(from Shine) track on the album.
Last Stage has been performed already(first song from perf)

Supposedly this is just a preview for the full length song that will be on her upcoming single/album.
But this 2:18 version is what is up on iTunes. 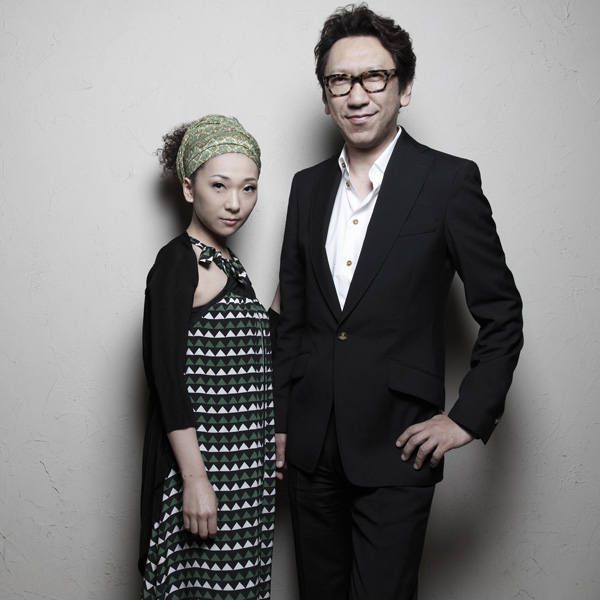 Singer MISIA and guitarist Tomoyasu Hotei will be collaborating for the first time on "Back In Love Again", the theme song for the upcoming film "Ooku: Eien [Emonnosuke Tsunayoshi-hen]", which stars Masato Sakai and Miho Kanno and hits theaters December 22.

"Eien" is the second installment of the "Ooku" series, following the 2010 hit film "Ooku" (starring Kazunari Ninomiya), which earned 2.3 billion yen at the box office. MISIA sought out Hotei, whom she admires and respects, to help her write a song that would express the "eternal love" between Masato Sakai's Emonnosuke and Miho Kanno's Tsunayoshi and thus this collaboration between the Queen of Japanese Soul and the Emperor of Rock Guitarists came to be.

MISIA commented, "It was a very stimulating and inspiring collaboration. "(Hotei) created a wonderful melody that pierces through the heart with a sharpness. I was moved by the beauty and groove of each note he played. During recording, I thought to myself, 'I don't want this to end, I want to listen to this forever.'"

Hotei also had high praise for MISIA, commenting, "playing guitar next to the best vocalists is the greatest pleasure for a guitarist. MISIA's voice is so powerful it could reach the heavens, it was very exciting to hear her." "I pray this gem of a love song reaches the hearts of all the lovers out there," he added.

"Eien" will serve as sequel to the TBS drama "Ooku: Tanjou [Arikoto Iemitsu-hen]", also starring Masato Sakai, which will air every Friday at 10pm starting October 12. The theme song for the drama, titled "DEEPNESS", will also be provided by MISIA.

"DEEPNESS" & "Back In Love Again" previews:

Recently on twitter Beckii Cruel tweeted a picture of her attempting to try Kyary's fashion monster hair. Did she ultimately do a better job than Kyary?

Open to: All, detailed results viewable to: All. Participants: 700

who wore it better

Kago Ai (24) had her first baby this past June and in her blog entry on September 21st, she shared her thoughts on childcare and answered some questions from her readers.

A reader asked Kago “Don’t you get tired from childcare?”, and she explains that when it’s just her and her baby things can get difficult, but it makes every day more fun. She shares her personal policy on childcare and home life, “I absolutely won’t say ‘I’m worn out’ in front of my daughter! I won’t say that in front of my husband either! Since my daughter is here, I want to be a mom that smiles every day!”

Another reader asked if she wanted more children and Kago wrote, “Honestly… I want another child, but I also want to work, so right now I’m happy with just my daughter.”

On September 24th, HEY! HEY! HEY! will be holding a three hour Autumn Matsuri special live from Odaiba. The program will take place from 19:00 to 21:54.

The groups will perform live and chat with Downtown, since it airs live people at home can feel like they’re there as well.

On Aug 16, Belgium-based Yuzuko Horigome was transiting through Frankfurt Airport after performing in Japan when her violin was confiscated. When she tried to walk through the green gate for travelers arriving in the EU with nothing to declare, customs officers stopped her and said she needed to pay 190,000 euros in duty on her 1741 Guarnerius violin.

Customs confiscated the valuable fiddle because she could not provide the documents for her 1986 purchase. Guarnerius violins are considered among the world’s best, ranked alongside those made by Stradivarius and Amati.

Horigome, 54, who has worked in Europe for three decades, has since submitted documents to prove her ownership of the violin. She bought the violin in Japan in 1986.

Horigome plays in cities around the world with top conductors and orchestras, including the London Symphony Orchestra, the New York Philharmonic and the Berliner Philharmoniker.

Flawless and underrated artist OLIVIA (Olivia Lufkin) took a break from making ugly stuff to sell on Etsy or training her dog to actually MAKE MUSIC!

"We are moving forward making music!!! We've got more than a handful of songs almost complete!!! 曲作り前に進んでいるよ！！！ 何曲かはもうすぐかんせいです！！！！


As you can see, Kafka is helping me out with melodies!  カフカ曲作りてつだってます！！"

Korean girl group KARA has returned to Japan with a new single and tour DVD.