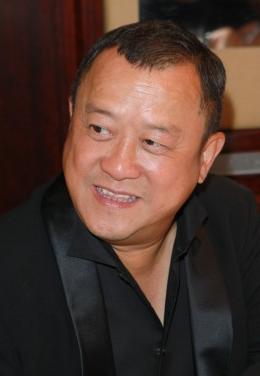 Hong Kong actor cum host Eric Tsang revealed that he will not be acting in the new Kindaichi Shonen no Jikenbo SP as reported by Ming Pao on 21 September. He was originally announced as part of a number of Asian stars to feature in this SP set in Hong Kong along with BIG BANG's Seungri and Taiwan's Wu Chun and Vivian Hsu. However, owing to recent conflicts between China and Japan over the disputed Senkaku/Diaoyu islands, he didn't think that it was appropriate for him to appear in a Japanese production at this point in time and announced this when the media asked about it during his first grandchild's 100th-day celebration on 21 September. In addition, a travel programme which features Tsang and was supposed to go to Japan for location shooting has been cancelled. Last but not least, Tsang also rejected a certificate of thanks from the Japanese government for his support during the fund raising campaign for those affected by the March 11 earthquake and tsunami crisis.

On Sept 24th, SMAP‘s Tsuyoshi Kusanagi attended the completion conference for his upcoming movie “Ninkyo Helper” in Tokyo. The said movie adaptation of the drama with the same title also stars Meisa Kuroki, who have just given birth to a baby girl, her 1st child to Kusanagi’s junior- Jin Akanishi. “I think they are very blessed, congratulations Meisa-chan,” Kusanagi said.

Kusanagi and Kuroki worked together for 2009 drama “Ninkyo Helper”. Kusanagi plays the lead role as the yakuza underling named Tsubasa Hikoichi while Kuroki plays a rival yakuza’s young head named Yomogi Riko. Both have reprise their role for the movie.

“Ninkyo Helper” will hit the theaters on Nov 17th.

Irie is known for his beautiful backstroke and is valued highly in the swimming world. However, there’s more to him than just swimming. He has a handsome style, beautiful muscles, good fashion sense, and can even play the piano.

He trained his muscles for the London Olympics for about one year. In addition to underwater training, he also does weight lifting to strengthen his abs, upper arms, and dorsal muscles. The result was a bronze and silver medal in London.

Irie will be the first male to do gravure in ViVi. The photoshoot theme is, “Paparazzi shooting a refreshing and sexy bath time”. The magazine will also include an interview where Irie shares his thoughts after winning an Olympic medal, his private life, and what he likes to do when he’s alone.

Irie tweeted about this photoshoot, “Though people call this photoshoot in the bathroom as gravure, but please try and think about this… We’re almost always close to naked when we swim. Lol”

want to see this ViVi issue

Comedian Yanagihara Kanako has been granted her first heroine role in drama “MONSTERS” (Sun 9:00PM) to premiere on October 21st, detective
drama that features, co-starring for the first time, SMAP’s Katori Shingo and Yamashita Tomohisa. When filming a dating scene with Yamashita, Yanagihara said “since the role was also addressed to different actresses seniors at the end it turned out to be me, I’m just glad is not a prank” with a tone of relief.

It was reported by the producers that Yanagihara thought it was a prank when she heard the news. Yamashita had this to say, ”we’re almost the same age so it was easy to establish conversation and get along well. Yanagihara-san is bright and wonderful, though this is the first time we meet, I think she’s really cute so I’m looking forward to filming together”.
When asked about a kiss scene for the two, Yamashita said “I’mlooking forward to find out what kind of lips she has!”, in a display of his “EroP” character.

What can I say?


from her upcoming album Honesty 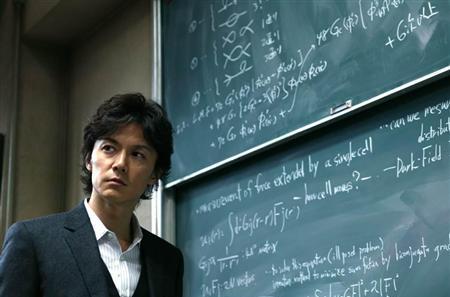 Fukuyama Masaharu will be back to play the role of Yukawa Manabu in the latest instalment under the Galileo series with a new movie "Manatsu no Houteishiki" (The midsummer formula) which is due to be shown in cinemas next summer. This is the first time in five years since he is appearing as Yukawa as the last movie "Yogisha X no Kenshin" was released back in 2008.


The Galileo series is based on a series of novels from Higashino Keigo and features the lead character Yukawa, a genius physicist who solves difficult cases. The series had its first drama adaptation in autumn 2007 via FujiTV and followed up with a drama SP "Galielo Episode Zero" and the film "Yogisha X no Kenshin" in October 2008. "Manatsu no Houteishiki" is the 6th novel in the 7-part Galileo series which was just published in June last year and boasts of sales to date totalling 300,000 copies. Filming for the new movie began on 23 September in Shizuoka Prefecture.


In this latest movie, Yukawa is invited to a presentation of a project to extract underwater minerals from the seabed and chances upon the strange death of a man at the seaside town. Co-stars include his longtime partner Shibasaki Kou who plays the female detective Utsumi Kaoru and Kitamura Kazuki who plays Yukawa's ex-classmate Kusanagi who is also a police detective. Announcements of the cast line-up are expected to be revealed at a later date.

Singer, Kondo Masahiko (48), in an interview held on Sep 24th, blessed the birth of Akanishi Jin‘s first daughter. MATCHY, whose first son is already 4 years old, had this to say; “Even during hard times you can feel calmed just by looking at your child’s face”.

Akanishi (28) who got married to Kuroki Meisa back in February, is currently suspended from any form of activities by the agency. MATCHY encouraged him by saying; “There’s still things to fight for. If you have a wife, children and people around to give you strength and support then it’ll be ok if you work hard”.

Another version of MATCHY's interview:

Akanishi and his wife, actress Meisa Kuroki, had a baby girl on September 23.  It has been reported during an interview in Tokyo, Kondo, who also has a 4-year-old son, said he had some advice for Akanishi about being a father.

“Kids are really cute.  Just seeing them makes your worries go away.  I don’t think you need to put more pressure on yourself, it’s okay to do things at your own pace.”

Kondo also said he would like to encourage Akanishi to keep doing what he wants to do, even after all the drama so far with leaving KAT-TUN, going to the USA, a cancelled concert tour, and a blank work schedule.

“I chose to start a racing career, and I’m still involved in it.  You can get through it if you concentrate on your work and have faith in your fans and your supporters.  Your wife and children are on your side, you’ll be alright.” 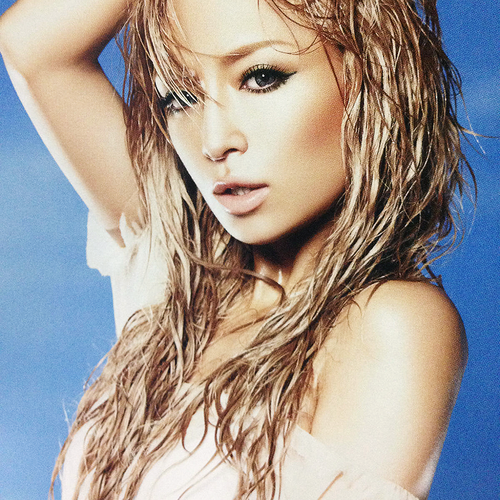 Ayumi Hamasaki will be releasing her 3rd mini album titled "LOVE" on November 8th. The promotional song will be "Song 4 u", the theme of Tales of Xillia 2. The album will be released in three versions and will only include three new original songs. This release will count as the first towards her 15th anniversary celebrations.

avex needs to stop being afraid and release singles again 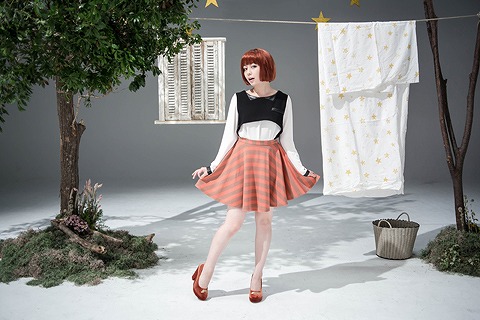 Shiho isn't actually in the PV, but the song is still cute.

If I read that article title correctly, this is the first time in 12 years all three have appeared on HEYHEYHEY together.


omg I miss them together and this live is flawless

A wrap bus ceremony was held to commemorate NHK TV Series “Jun to Ai” (Mon～Sat 8:00-8:15) to start on October 1st, , starring Kazama Shunsuke and Natsuna, in the heroine role.

This bus used for advertising of the program will be also included in the filming of the drama, running through Taisho District in Osaka since September 24th until March, 2013 when the broadcast of the show will be over.

Natsuna commented: “Wow! I’ve never walked so much in my life. Having my face in there is really embarrasing” “We (with Kazama) had to make this photo session with a ‘love love’ earnest feeling to show our characters”. She mentioned having such scene being shown across Osaka caused an embarrased feeling.

In this Neil Simon comedy, receiving directions from senpai Nishikiori Kazukiyo, Uchi said, “With his heart and soul, ‘Don’t worry, the higher the hurdle, the better it is to go through it’ that’s what Nishiki-san told me” “After hearing his words I felt calmed and looking forward to this play”. Nishikiori added, “The growth of this boy keeps amazing me” “There’s a lot of skills this boy has that I don’t”.

The atmosphere of the rehearsal was really bright. While Nishikiori was giving instructions, Uchi said “I think I’ve come this far because I want people who support me to have a great time while watching this play, since I’m in it most of the time” and Nishikiori added “This also a great play for people who don’t like me since I don’t appear in the cast at all”, jokingly.