Source
I'm a sucker for this type of PV, even though its probably used for a thousand times.

Domino's Pizza Japan has started a new project to produce its own vocaloid song using Hatsune Miku this autumn. They are well known for their collaborate menu with popular anime series such as One Piece and Tiger & Bunny. Their next wish was to use the most famous vocaloid character, Hatsune Miku. However, Crypton Future Media, the copyright holder of Miku's answer to them was, "Hatsune Miku is a character for everyone who wants to enjoy creative activities. Why don't you become a vocaloid-P (vocaloid song producer) by yourself for a start?" So they decided to produce their own Hatsune Miku song and its promotional video.

They recruited volunteers who could create songs or draw illustrations from their pizza delivery staff in Japan, and finally have formed a special team. They posted a preview video to announce the start of the project on YouTube two days ago. The next update will be on November 5th. 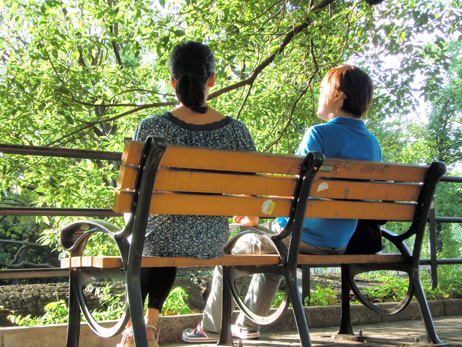 When the bride and groom cut the wedding cake, the 60 or so guests applauded, not only to celebrate the couple’s happy day but also out of respect for what they have endured.Their hardships were symbolized by the absence at the wedding in Tokyo of four important guests—their parents.

“We waited to have a wedding party until we passed the age 30, but it was not long enough to make ourselves understood (to our parents),” Jin, the groom, said. Jin, 35, and the bride, 36-year-old Natsu, are lesbians who say they simply want to be treated like “ordinary” people. They asked not to give their real names.

Japan's civil rights laws do not specify protection from discrimination based on sexual orientation. And same-sex marriages are not allowed under the family registration law. However, the government enacted a law in 2004 that allows people with gender identity disorders to change their sex in family registers.

And some local governments have adopted ordinances to protect gay and transgender people, including the Tokyo metropolitan government, which bans discrimination in employment based on sexual identity.

On October 28, 2012, Maeda Atsuko opened her twitter account under the name Atsuko_100. She is already following some of her fellow friends from AKB48 and Kara's Nicole! Go check out her twitter!

Her icon is so cute! Does anyone know if that cat is her's or not?

It’s been revealed that Perfume will be opening their fan club to fans overseas!

Until now, Perfume’s official fan club, ‘P.T.A.‘, had been only available to residents of Japan. However, they are opening the doors to fans across the world on February 14 of next year. The details are currently being planned by Perfume and their staff.

The registration period for ‘P.T.A.’ will run until November 30. Those who register will receive further instructions for admission as well as a special benefit. Register by clicking here.

For the event, Kyary transformed into a ’spider bride’ with a black lace veil and a shocking pink dress adorned with candies. Speaking of extraordinary outfits, she also revealed that she’s still keeping her schedule for New Year’s Day open, in case she gets to perform at this year’s 63rd Annual Kohaku Uta Gassen on NHK.

She commented, “(If I get selected) I want to raise the bar with a never before seen outfit and wear a cutting-edge outfit.” Nobody doubts that she would be able to come up with yet another unique outfit. She’s even expected to add herself to to the list of really special Kohaku Uta Gassen outfits that already includes enka singers Kobayashi Sachiko and Mikawa Kenichi.

Kyary, guuuurl, Sachiko and Kenichi are light years ahead of you boo. They were doing this before you were born.
Kenichi left, Sachiko right - on a giant statue of herself. 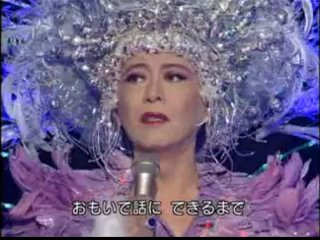 A Japanese court dismissed a sexual harassment and unfair dismissal suit against fashion house Prada after management told a female worker to lose weight and keep in shape.

Rina Bovrisse, 38, who also claimed a Prada human resources manager had branded her “ugly”, said she would appeal the case and that the ruling by a female judge at Tokyo District Court was unacceptable.

“This decision by the judge allows sexually harassing comment to be made at the work place, like ‘you must lose weight,’” she told local journalists on Friday, after the case had finished.

“In a word, my impression about the the ruling is that this is preposterous,” she said.

Bovrisse, a Japanese national married to a Frenchman, alleged that Prada Japan had pressured a number of female employees into resigning by describing them as “aged, ugly, fat, bad body shape, bad teeth, disgusting and not cute.”

According to Bovrisse, the firm told her through a human resources manager to change her hairstyle, lose weight and ensure she fits the “Prada look.” 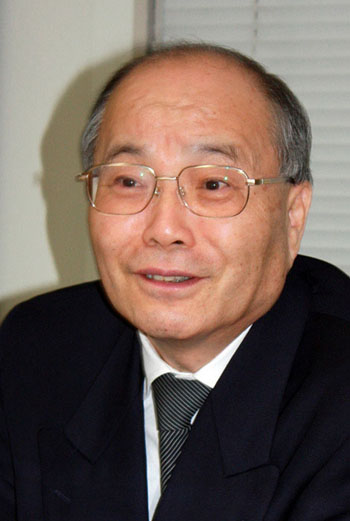 Japan as we know it is doomed. Only a revolution can save it. What kind of revolution? Japan must become "a nation of immigrants."

It's an unlikely resume for a sower of revolution. Sakanaka clearly sees himself as such. His frequent use of the word "revolution" suggests a clear sense of swimming against the current. Other words he favors — "utopia," "panacea" — suggest the visionary.

"Japan as we know it" is in trouble on many fronts. The Great East Japan Earthquake of March 11, 2011, and the subsequent tsunami and nuclear disasters, struck a nation whose economy had been stagnant for 20 years while politicians fiddled and government floundered. But that's not Sakanaka's point. He is focused on demographics. "Japan," he said in a recent telephone interview, "is on the brink of collapse."

The nation's population peaked at 128 million in 2004 and has been in accelerating decline since. By 2050, the government's National Institute of Population and Social Policy Research estimates, 40 percent of Japanese people will be 65 or over. Twenty-three percent already are, as against a mere 13 percent aged 15 and under.

Discussion: Opinions Arama? Which would come first, better conditions for working women and mothers or influxes of immigrants? Would you go to Japan to live and what job would you take up? 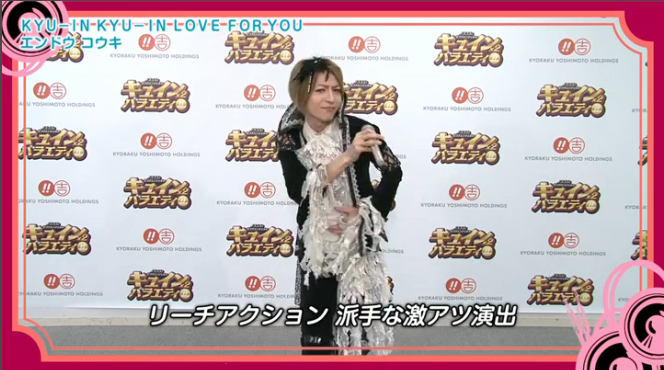 Endou Kouki (formerly known as Itsuki, vocalist of the disbanded vk group Bergerac) won "Pachi SONG PROJECT", a competition by Kyoraku, a pachinko company. Click the image to go to the competition page and watch his winning song "KYU-IN KYU-IN LOVE FOR YOU" and the 8 runner ups.

[Source] [Via]
So bad. The runners up are worth watching - 5 and 7 are amazing/awful.
Collapse