What the hell. I don't understand. Why did they perform Beat Generation on the release date of White Angel?!
........Glad they didn't perform Tweet Dream.

Sorry Beat Line/ Super Delicate/ Over/ Arigato, but I found a new HSJ performance favorite (for now), for one of their best songs as well

It has been rumored that Arashi and Kanjani8‘s variety program will come to an end since a new backer, in the name of Suzuki Osamu, have appeared for  Kis-my-Ft2 and KAT-TUN…

Kanjani8 is seen as Arashi’s successor while Arashi is more popular than SMAP now. These two groups seem to dominate  TV programs next year; however, some speculations have arisen that that won’t be the case.

Arashi and Kanjani8′s TV program haven’t been getting good ratings, although they enjoyed good ratings in the past, it has became dragging since there is nothing new with their program format. Meanwhile, Kisumai and KAT-TUN’s popularity is increasing. Their TV programs is getting rave reviews despite their midnight timeslot, especially with Kisumai’s show that is said to be viewer-friendly.

Big-shot TV writer Suzuki Osamu, who is known for writing, “Busu no Hitomi ni Koishiteru”, is said to give Kisumai and KAT-TUN a breakthrough. Suzuki has been writing for SMAP’s “SMAPxSMAP” and have also composed songs for their albums. Suzuki is said to be part of “Iijima’s faction” and Iijima managed SMAP and Kisumai careers. Since Suzuki is known for being a top-rated TV contractor, he promised two sets of TV shows to break next year. (according to people concerned in commercial broadcasting)

Will Arashi and Kanjani8 make a counterattack?

RE First press: application card (valid only in Japan)

I just hope I have enough money for December... :P

Actor Ito Atsushi has been chosen to lead a TBS drama series called “Apoyan ~ Hashiru Kokusai Kuukou.” The show will also feature Kiritani Mirei as the heroine (her first in a prime-time drama series), along with supporting performances by Kanjiya Shihori and Yanagiba Toshiro.

“Apoyan” is based on the novel “Koisuru Kuukou” by Shinno Takeshi. Set at Narita International Airport, the story provides a “behind-the-counter” look at the airport staff working tirelessly to resolve various problems, particularly related to their customers.

Ito plays Endo Keita, a tour planner for a travel agency who suddenly gets transferred to work as a manager at Narita Airport. Not quite suited for his position, he is forced to mature through working with his capable subordinate Morio Haruko (Kiritani), dealing with his quirky but sincere co-workers, and falling in love with a “ground hostess” (a term referring to the female employees working at the check-in counters).

“Apoyan” is apparently lingo within the travel industry, referring to the customer service professionals who strive to resolve any traveler’s issues and send them off safely on their trip with a smile. “Apo” is an abbreviation for “airport.”

TBS has scheduled “Apoyan” for Thursday nights at 9:00pm. The series will premiere in January.

picture of her co-stars

I love how she is going slow and steady to the top, unlike Emi and Ayame who overexposure will lead them to nobody status in two years, new upcoming Queen of Drama

and this has a solid cast and a good plot!

movie version, has scenes from  “Kyo, Koi wo Hajimemasu" with Takei Emi and Tori Matsuzaka 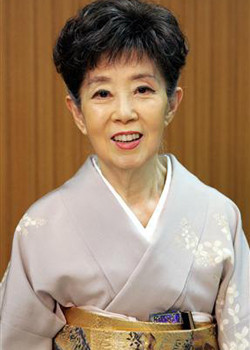 Veteran award-winning actress Mitsuko Mori died of heart failure in a hospital in Tokyo on Saturday (11/10) after developing pneumonia, it was learned Wednesday. She was 92.

Born into a family that ran a traditional hotel in Kyoto, Mori made her screen debut before World War II. Became a popular singer after making her cinema debut, aged just 14. After suspending her career due to tuberculosis, she made a comeback in the 1950s, appearing mainly in radio and television dramas.

From 1961, Mori played the lead character in one of Japan's longest-running plays "Ho-ro-ki," or A Wanderer's Notebook, in which she set a record by appearing 2,017 times. "Ho-ro-ki," which the story is about the life of a female novelist, demanded Mori to perform a somersault in a kimono, even in old age.

She also starred in many television dramas, often playing cheerful mother roles, including the popular series "Jikan Desu Yo," or It's Time, through which she came to be known as "Japan's Mother". Mori was awarded the Order of Culture in 2005 and the People's Honor Award in 2009 for almost half a century of performances in "Ho-ro-ki". Mori made her final acting appearance in 2010.

Her private funeral was held on 14 November which was attended by her family members only. According to her nephew Yanagida Toshiro, Mori had been admitted to a hospital since September but passed away during the hospitalisation period.

** I'm quite shocked of the news idk, Mori-san's such a great and respected figure in entertainment industry, and I know that she also has a close relationship with Johnny's Entertainment and its talents, May she rest in peace and forever be remembered. 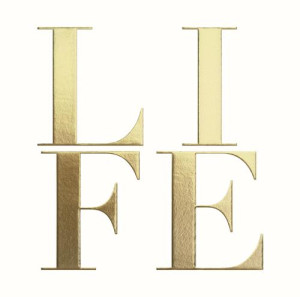 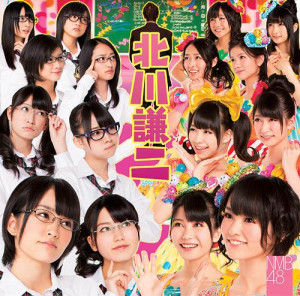 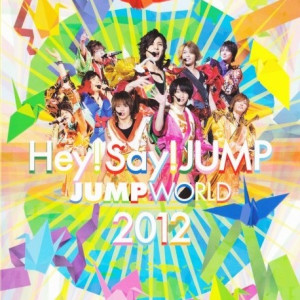 Singer JUJU has achieved the top 2 rankings in the albums chart with her first 2 best albums, "BEST STORY ~Life Stories~" and "BEST STORY ~Love Stories~" respectively. This is her first best albums since her major debut in August 2004, and this is also the first time she has achieved the top 2 rankings in Oricon chart. JUJU is only the 3rd female artist (including female groups) to have made this achievement after Fuji Keiko in 1970 (1) Onna no Blues, 2) Shinjuku no Jo/"Enka no Hoshi"), and Hamasaki Ayumi in 2007 (1) A BEST 2 -WHITE-, 2) A BEST 2 -BLACK-). This is JUJU's 3rd no.1 album. Previously, she has reached the top spot with a cover album, "Request" (September 2010) and her 4th original album, "YOU" (July last year).
In the singles chart, AKB48's sister group based in Namba (Osaka), NMB48 have reached the top spot with their 6th single, "Kitagawa Kenji." This is their 2nd consecutive no.1 single since "Virginity" (August this year), for a total of 5 no.1 singles overall. Since their debut with "Zetsumetsu Kurokami Shoujo", NMB48 have entered the top 3 for 6 consecutive times. It has been 12 years since a female artist or group have entered the top 3 in the singles chart right after debut for 6 times in a row, since Kuraki Mai did it from "Love, Day After Tomorrow" (December 1999, 2nd) until "Reach for the sky" (November 2000, 3rd).
Meanwhile, popular Johnny's group, Hey!Say!JUMP have topped both the music-DVD chart and overall DVD chart simultaneously with their live DVD, "JUMP WORLD 2012." This is the 5th consecutive time for the group to reach no.1 in the overall DVD chart since "Hey! Say! Jump-ing Tour '08-'09" (April 2009). For music-DVD chart, this is their 6th time in a row since their 1st DVD, "Hey! Say! JUMP Debut & First Concert Ikinari! in Tokyo Dome" (April 2008).
Posting the top 30 albums/singles and the top 10 music-DVDs. The second column in the top 10 refers to sales in 2012. New release in bold.

And since there's actually Arashi fans who are actually offended when I said that this week's albums chart is better overall than last week's, let me tell you, I did mention the word overall. O-V-E-R-A-L-L. There, I even spelled it for you. Now go away and return to your little fandom and stop thinking that every single thing in this world revolves around your fav when it's not. And don't force me to write something like this again since this is an Oricon post, NOT an opinion post.
Source 1, 2, 3, 4, 5, 6, 7
Collapse