The winners of “THE JAPAN GOLD DISC AWARD 2013” have been revealed.
The ‘Japan Golden Disc Award’ is headed by the Recording Industry Association of Japan (RIAJ), and the RIAJ initiated this annual event in 1987 to recognize outstanding artists and works that have contributed to the recording industry.
The winners are chosen based on the actual sales number of music software (deducting the number of the returned goods from the number of shipped goods), as well as the number of downloads through paid online distribution, Chaku-Uta, and so on. The winners for this year were chosen from data compiled from November 1st, 2011 to October 31st, 2012.
The “Artist of The Year” awards are considered to be the ‘grand prize’ for “THE JAPAN GOLD DISC AWARD.”

Check out the winners of this year below!
( Collapse )

I AM SO EXCITED IDE. Which starter do you want Arama?

It has been a center of attention among netizens that idols, Yamashita Tomohisa and Oshima Yuko are dating after being spotted together in New York. On twitter, pictures of Yamapi arriving at Narita Airport last Jan 5th has become a hot topic. A certain netizen tweeted that Yamapi was looking “sporty” and was even wearing a sweatshirt with a logo of Meiji University. 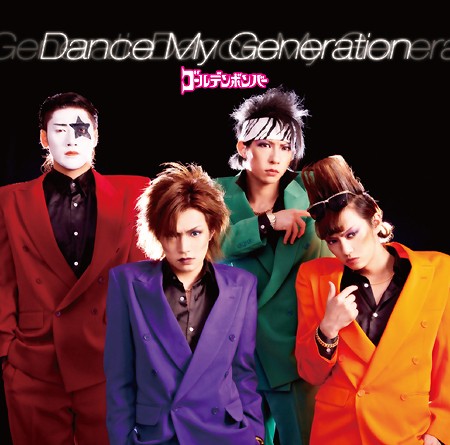 “Visual-kei air band” Golden Bomber’s new single “Dance My Generation” (released on January 1st) sold 125,000 copies in the first week, and topped Oricon’s weekly single chart for the week of January 14th. Since their debut back in May of 2008, this marks the first time for them to top the chart whether it be that of the singles or album charts.

Additionally, 11 of Golden Bomber’s previous works including “DT Suteru/Let’s Go ED” (released in November 2012 under the name of “Golden Ixion Bomber” for the TV anime “Ixion Saga DT“) ranked in TOP100 of the weekly single chart which was the best record for an indie artist. Moreover, the rank for one of the 11 works, “Memeshikute” (released in October 2009), rose to No.4 from No.31, which is the highest rank for the particular single since the its release.

“Dance My Generation” is also their first work to sell over 100,000 copies in the first week. The “Vo-karu (vocal)” Kiryuin Sho, who writes and composes all their songs, commented, “This would not have been possible without everybody! Thank you!”