NTV‘s “Going! Sports and News“, where KAT-TUN‘s Kamenashi Kazuya is a regular host, broadcasted Kamenashi’s stunning success with his “HR (home run) Project” after two and half years of training. His successful home run was broadcasted last Jan 13th (11:55, JST).

Kamenashi was able to hit the home run after the 3rd pitch,which was witnessed by Egawa (co-host in Going!), Nakata Sho (Nippon Ham baseball player), and Kawamura Ryo (NTV announcer) who were watching from the sidelines.

Upon realizing that he made a hit when the ball hit the stands, Kamenashi threw the bat and jumped with glee. “It was like a dream!” he commented.

As suggested by Softbank Hawk’s player, Matsunaka Nobuhiko, Kamenashi received a “champagne shower” to celebrate his victory back at the home base. Giant’s team manager, Hara Tatsunori, sent a congratulatory video to Going!, “I applaud you from the bottom of my heart.”

finally!! soo happy for him! 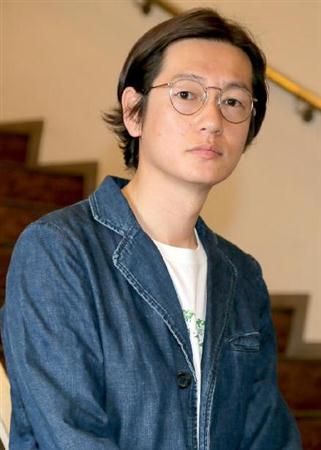 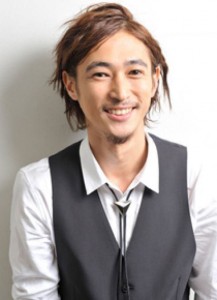 Iura Arata and Kubozuka Yosuke will work together for the first time in 11 years since their last collaboration in the movie "Ping Pong". This time, they will star in the movie "The Extreme Sukiyaki" which is due to be shown this autumn as friends who meet for the first time in 15 years. Iura will play the role of Douguchi who just quit being a salaryman and Kubozuka plays the role of Ookawa. Both men were friends during their university days and meet again after a long time. They suddenly have this idea of going to find a place to eat sukiyaki by the sea and rope in their university friend Kyoko (Ichikawa Mikako) and Ookawa's girlfriend Kaede (Kurashina Kana) to embark on the journey.

Iura and Kubozuka became close friends after working on "Ping Pong" and had been hoping to work together again. As such, when the offer came along, they were both thrilled at the chance and believes that their chemistry will show through this movie. Filming will begin on 22 January and is due to be completed  by March.


Amazing. That is high number for solo act. He is really very popular in Japan. I bet J-storm will take this as a note for another his solo single. Well, as long as he still in Jump I won't complain :)

On January 14, AKB48 and their sister-group members who turned 20 or will turn 20 before April 1, attended the coming-of-age ceremony at the Kanda Shrine in Tokyo.

While the weather was terrible on the day of the ceremony, many fans gathered at the grounds to catch a glimpse of the members. After the members prayed, they participated in taking commemorative photos indoors. When asked about becoming an adult, Minegashi stated while looking back upon last year, “Since the members who turned 20 last year were magnificent, I started worrying even half a year ago whether or not there would be many people here to interview us this year.” As she mentioned, many popular members include Maeda Atsuko, Takahashi Minami, and Itano Tomomi, who all turned 20 last year. She then appealed for the members lineup for this year with, “ This year, our unique individuals are all present.” Sashihara stated, “As this year is HKT48’s major debut, I would like to try to lead them,” and showed her self-consciousness towards being the oldest member of HKT48.

Additionally, Sashihara, who is now of drinking age, talked about one of her wishes with, “I want to drink with Dachou Club’s (comedian trio) Ueshima Ryuhei.” She also invited her fellow members to drink with, “Shall we go drink today?”

Moreover, AKB48/NMB48 member Yokoyama was asked about what challenges she wanted to take on this year, to which answered, “I am studying to obtain a license for office work in an ethical pharmacy. I want to do my best on the exam in May.” NMB48’s Yamada spoke her strong aspirations, “It was regrettable that NMB48 could not appear on last year’s Kohaku Uta Gassen by ourselves. But this year we will aim higher!”

Reportedly, what Tanabe wore today was the Kimono she inherited from her grandmother, and she also accessorized with accessories that she made herself. Nito revealed that she bought her kimono from an antique shop and emphasized the importance of the ceremony with, “In order to wear this kimono well, I cut my hair.”

The announcement was made during the SKE48 team KII’s theater performance “Ramune no Nomikata” held on January 15th after the PV for “Sore wo Seishun to Yobu Hi” was introduced to the audience.

The 8 girls above, and Yagami Kumi who previously announced her graduation, are participating in “Sore wo Seishun to Yobu Hi” which is one of the coupling tracks for SKE48’s upcoming single “Choco no Dorei” (to be released on January 30th), under the unit name of “Tabidachi Sotsugyou-gumi“. The PV for “Sore wo Seishun to Yobu Hi” will be revealed on January 16th at 8:00 am (JST) on SKE48’s official YouTube channel.

Reportedly, those members were consulting about their potential graduation last summer, and according to Yuasa Hiroshi, the SKE48 theater manager, “The girls’ activities as members of SKE48 are just a temporary passing point in their lives. Though it’s a sad thought to lose any of them, I thought it was best to not get in the way of their ultimate goals in life.. As the result of consultation with Akimoto Sensei (Akimoto Yasushi), it was decided that the graduating members would sing the song together.”

Reportedly, the 9 members’ graduation will be sometime in this spring.