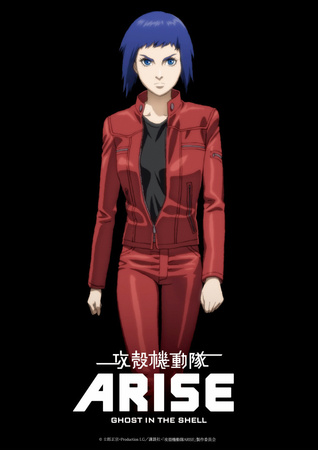 The February issue of Kodansha's Monthly Young Magazine is announcing on Wednesday that the Ghost in the Shell Arise anime will launch in 2013. Kazuchika Kise will serve as the chief director, and Tow Ubukata is supervising and writing the series scripts.


According to IEEE802.11, Monthly Young Magazine also revealed Cornelius as the composer. Director Kenji Kamiyama confirmed that he is not involved in the new project.

The website confirms the staff information, and announces that a "Ghost in the Shell Arise Production Presentation" will be streamed live worldwide on February 12 at 9:00 p.m. in Japan (7:00 a.m. EST) on Niconico, Bandai Channel, and YouTube. The event itself will be held at the nicofarre event hall in Tokyo. 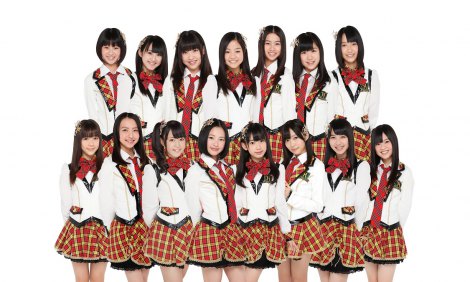 It was announced tha AKB48’s hakata-based sister group HKT48 will be releasing their debut single that is currently untitled, on March 20th. The oldest member of the group Sashihara Rino eagerly said, “The date has finally been set. I want people all over Japan to know the charms of HKT48!”

The debut single will be released in 3 versions; Type-A, B, and C, and each version will come with a DVD.

With the announcement of their debut single release date, it was also announced that one of the tracks in the single “Onegai Valentine” has been chosen as the CM song for Lotte’s “Ghana Milk Chocolate.”

The 2nd generation Kenkyuusei, Tashima Meru commented, “I am so excited that our long-cherished CD debut has been set! I want many people to know about HKT, and with our youthfulness and freshness, I hope we can show a different color from other 48 groups.” The center of the group Kodama Haruka also spoke about the CM tie-up, “I’m really happy! I want many people to listen to the song, including those who want to confess your love on the Valentine’s day.” 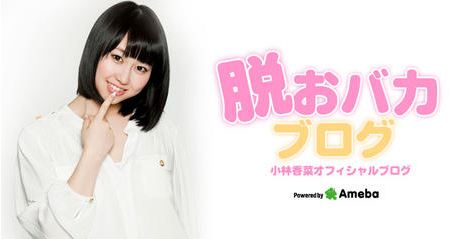 Rumors have been spreading across the web that AKB48 member Kobayashi Kana is in a relationship with a former Johnny’s actor.

The rumor spread on January 13th when a convenience store worker tweeted that Kobayashi came to the store with a man who is said to be her boyfriend. This tweet became a controversy among fans and Kobayashi herself came to know about it. She denied the rumors saying, “I was surprised when I woke up and checked Twitter! I don’t even have a Sunkus (convenience store) near my home. Even though it’s false information, thank you for worrying about me.”

The convenience store worker received many complaints from Kobayashi’s fans and closed the Twitter account, but the uproar didn’t end there. Another friend of the worker refuted Kobayashi’s tweet and insisted that the reports weren’t lies. Regarding the man said to be her boyfriend, the friend disclosed that he’s a former Johnny’s actor.

Kobayashi continued to deny the rumor with, “You can write anything.” She even showed composure saying, “I’m happy that my name was mentioned,” and “This is nothing out of the ordinary if it were a more famous person.” However, there is still a stir among fans as Kobayashi and her rumored boyfriend have tweeted and blogged about similar things at same timing in the past.

Kobayashi joined AKB48 back in 2006 along with member Oshima Yuko, Akimoto Sayaka, and Kasai Tomomi.

Surprise. Wonder who is the former Johnnys...

C-ute's 20th single "Kono Machi" will be released February 6th and will include three songs. All the songs are Moritaka Chisato covers. 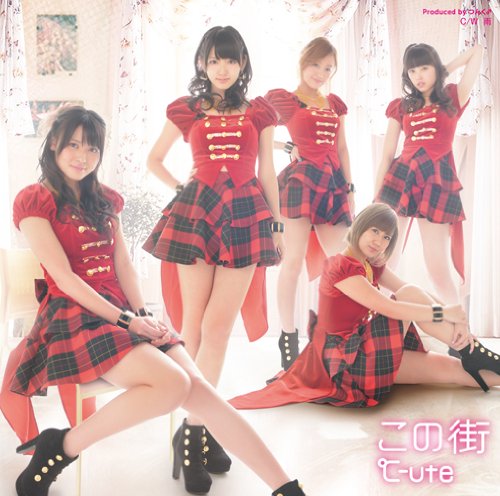 The publisher embroiled in a scandal over an “inappropriate” photo of a member pop group AKB48 may face a host of problems, reports Yukan Fuji (Jan. 13).

Comic book weekly Shukan Young Magazine, which is published by Kodansha, announced on January 11 that the issue originally scheduled to hit newsstands the following day would be delayed. The problem was the suitability of including an image featuring a topless Tomomi Kasai being fondled from behind by a young boy.

The magazine offered readers an apology on its Web site. “The photo contains an inappropriate expression,” read a statement from the editorial staff.

From a legal standpoint, child welfare laws may also pose problems for Kodansha.

Masaru Wakasa, a lawyer and former deputy director of special investigations at the Tokyo District Public Prosecutor’s Office, says that under such statutes Kodansha is prohibited from harmfully influencing the mind and body of a child less 18 years of age through obscene acts. “In this case, a juvenile is touching the chest of an adult woman,” says Wakasa. “Kodansha did not judge this to be in violation of the law.”

The article notes that guilty verdicts for violating child welfare laws for obscenities carry a maximum prison term of 10 years and a fine of three million yen.

As to a potential violation related to child pornography laws, Wakasa says that a sex act, or possibly even a suggestion thereof, would have to be depicted. “For example, the touching of genitals,” he says. “But in Tomomi’s case, the photo does not get that extreme.”

According to a person affiliated with Kodansha, the photo project received the standard checks by staff members last year. Yukan Fuji says that the controversial image has also been pulled from inclusion in the book.

An entertainment journalist somewhat understands Kodansha’s intentions, saying that Kasai’s E-cup bust is worthy of emphasis. “It’s a shot that high-school students will find exciting,” says the writer. “However, to use the hands of a boy in order to emphasize her plumpness was a mistake.”

A spokesperson for Kodansha said that law enforcement did not apply any external pressure leading up to the postponement of publication of Young Magazine. Instead, it was simply a very costly decision that had to be made. (A.T.)

The short PV for “Sore wo Seishun to Yobu Hi“, which is one of the coupling tracks for SKE48’s upcoming single “Choco no Dorei” (to be released on January 30th), has been released on their official YouTube channel.
“Sore wo Seishun to Yobu Hi” is a graduation song that Akimoto Yasushi wrote for the 9 members (Kuwabara Mizuki, Takada Shiori, Hiramatsu Kanako, Yagami Kumi, Akaeda Ririna, Ogiso Shiori, Ueno Kasumi, Hara Minami, and Kobayashi Emiri) who recently announced their graduation from the group this spring, and the song will be included in Type-A, B, and C. 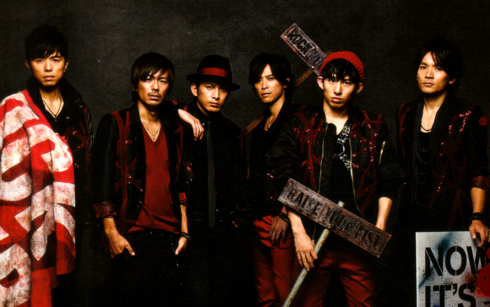 Music channel m-on announced today that they will air a special program to coincide with the release of V6's 12 original album, Oh!My!Goodness!, to be released on February 20th. The program is called "V6 Music Video Encyclopedia" and will be a 4 hour long program dedicated to V6's music video history, airing the full videos for all 41 of their singles, from MUSIC TO THE PEOPLE to the most recent ROCK YOUR SOUL.

The program will air on February 16th from 6PM to 10PM.

i definitely will not be able to watch but idec because this is awesome.

GameSpot is hosting a seven-minute preview of Platinum Games' Metal Gear Rising: Revengeance. The video opens with Raiden, aka Jack the Ripper, engaging in a high-speed car chase before previewing the title's action game play. The video is restricted to viewers 18 and older due its graphic violence and gore.