CAPCOM confirmed on Wednesday that it will release its Biohazard/Resident Evil: Revelations Unveiled Edition game on the PlayStation 3, Wii U, Xbox 360, and PC platforms on May 23 in Japan. The game will also be released in North America on May 21 and in Europe on May 24.

The title is an upgraded port of the game originally released on the Nintendo 3DS in Japan and Europe last January. (It was later released in the United States in February.) South Korea's video game rating board had listed PlayStation 3 and Xbox 360 versions of this game last month.

The game's story is set between Resident Evil 4 and 5. It begins with Jill Valentine searching for the missing Chris Redfield aboard a luxury ship, the site of an outbreak.

Biohazard/Resident Evil: Revelations Unveiled Edition will retail for 4,990 yen (about US$56).

Over on the Final Fantasy XIV: A Realm Reborn development blog, Square Enix have posted images of an in-progress high-poly model for Shiva, which was created using the Z-Brush software. High-poly models are normally used to generate normal map data that’s applied to the in-game model. Check it out below:

In the special edition program of NHK, titled: “JOHNNY’s World: Top of the Jpops“, it was announced that the elusive President of Johnny’s & Associates, Johnny Kitagawa,will make his TV debut on NHK’s international broadcasting- NHK World. This is the first time that Kitagawa have agreed to an unprecedented full coverage though Kitagawa’s face will not be shown; NHK said it will still be the 1st time that Kitagawa will be on TV.

Johnny Kitagawa has been producing the most famous idols in Japan for over 50 years, he also achieved his 3rd Guinness World Records last year for “Most Number of Singers who have achieved the No. 1 position Produced by an Individual“.

The program covered the commemoration of Guinness World certification last November during one of the show dates of “JOHNNY’s World” at Imperial Theater. The program also covered some backstage footage and interviews with Kitagawa, who works as the director and producer, in a play involving 180 talents including Hey!Say!JUMP, A.B.C.-Z. and Johnny’s Jr. Kitagawa said that he has a strong desire to bring Japanese entertainment overseas. In one of the interviews, people can see the cast of “JOHNNY’S World” having practice sessions.

What do you think arama?  is this a good strategy to bring Japanese entertainment overseas?  I think he's only targeting the Japanese, Asian communities who watch NHK.

AKB48 member Kashiwagi Yuki will be releasing her solo debut single “Shortcake” on February 6th. “Shortcake” is a ballad song that expresses the feelings of a girl who can’t confess her love.
Recently, the PV preview for the title track was revealed. Check it out below.

I just love it. Everyone should listen and watch it.

This is kinda late, but oh well..

These are epic KT songs btw. I await the day Taiga debuts


From the official announcement:

"Anime Central is pleased to announce Kalafina will be performing on the first night of the convention, May 17, 2013, at the Akoo Theatre. This performance will be Kalafina’s first full band performance in the U.S., and Anime Central is excited to bring this unique treat to U.S. fans.

"Kalafina is a Japanese female vocal trio produced by the hit-making sound producer, Yuki Kajiura. Keiko, Wakana, and Hikaru, the members of Kalafina, have voices that perfectly match the music composed by Kajiura. Each member takes the main vocal in turn, with alternating backing vocals and part variations, and their beautiful harmony captivates the audience to lead them into the world of Kalafina’s mystical music.

Kalafina’s 3rd album “After Eden” was released on September 21, 2011, and charted at #3 on the Oricon Chart. Same entitled nationwide tour drew approx. 14,000 attendees in total, and this shows how much solid reputation Kalafina is earning.

The following singles “Kagayaku Sorano Shijimaniwa”, “Magia”, “to the beginning” and “Hikarifuru” had been used as the theme songs of hit animes such as “Black Butler II”, “PUELLA MAGI MADOKA MAGICA” and “Fate/Zero”. With this powerful tie-in and the fan-base they have established through their performance, they are enjoying increased popularity in Japan and abroad alike.

"Ticketing information will be released on this web site and will only be open to those who have already purchased admission to Anime Central 2013."

freaking out, wondering if I can swing the trip, etc. 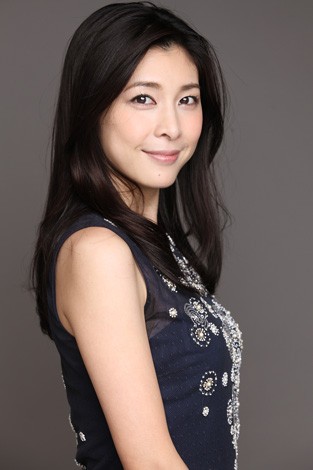 Takeuchi Yuko will make her debut as a radio personality in the 1 Feb broadcast of "Takeuchi Yuko no All Night Nippon GOLD" via Nippon Housou as part of the promotion campaign for her upcoming movie "Strawberry Night". The movie is scheduled to be screened in cinemas from 26th January thus she will be heading to the studio for the recording on the same day after the first-day screening event. In addition, her subordinates in the movie i.e. Nishijima Hidetoshi, Koide Keisuke and Ukaji Takashi will also be at the recording to support her. Although Takeuchi had appeared on radio dramas and as guests on radio shows before, this is the first time she is taking on the role of main personality in a radio show.