It was announced that the AKB48 groups will hold a 4-day live concert (total 6 stages) at Nippon Budokan in April.

The announcement was made during the 3rd day of “AKB48 Request Hour Set List Best 100 2013” held at TOKYO DOME CITY HALL. The live concert is titled as “AKB48 Fair.”

Though AKB48 has been holding their annual events like “General Election” or “Janken Tournament” at the Nippon Budokan, this would be the first time in 4 years for them to hold a sole live concert at the venue since their last one in August of 2009. Moreover, it will be the very first time for their sister groups SKE48, NMB48, and HKT48 to hold a live concert there by themselves.

Just want to say that Takamina's songs rank a lot in Day 3 of Request Hour . Her and Maeda Atsuko's duet 'Omoide no Hotondo' also rank, and they almost troll all the viewers when Acchan 'came' (it's actually VTR from Tokyo Dome performance). And Takamina cry during the performance T-T

Takanori ♥
and as for why they performed this song is because Ryuuji is a long time fan of KinKi Kids.

According to a recent survey conducted by the Japan National Tourism Organization (JNTO), as of September 2012, numbers of foreign tourists visiting Japan reach 430,000, an increase of 32.7 percent. Japan’s tourist industry suffered as a result of the 2011 Tohoku earthquake and tsunami, but it looks like tourism is on the rise in Japan once again.

When foreigners do find themselves in Japan, travel guidebook in hand, they are inundated with advice regardin must-see places. But the worst part about taking a trip is arriving to one of these “must-see” locations and realizing it isn’t all that great. That’s why we’ve gathered up a list of the top five most disappointing tourist spots in Japan as recommended (unrecommended?) by users on Reddit.

Ito Shohei will be releasing his 3rd single "WE ARE YOUNG (featuring Haruna Kawaguchi )" on February 6.

The title song is the cover song of the hit number “We Are Young（featuring Janelle Monae” by American rock group FUN. He invited the young actress Kawaguchi Haruna as the female chorus for his new single and created the cover in Japanese lyrics.

The original song has been nominated for a Grammy Award this year and the single is also likely to get the attention from Western music fans. This single contains three songs and the First Limited Edition includes the DVD as the 2-Disc specification.

The video clip of "WE ARE YOUNG (Haruna Kawaguchi featuring)" is currently published on the Warner Music Japan's official YouTube channel. PV is finished as the drama story that records the scene of a conversation by Kawaguchi Haruna and Fukushi Aota for two minutes.

Regular Edition
Tracklist
01. WE ARE YOUNG（featuring Kawaguchi Haruna ）
02. How to believe?
03. Keep on going
*check their official site for previews for the B-side

i've only realized Haruna actually sang a bit when i replayed it for the 3rd time lol
but i do love it<3
Both FUN and Ito ver. are lovely<3 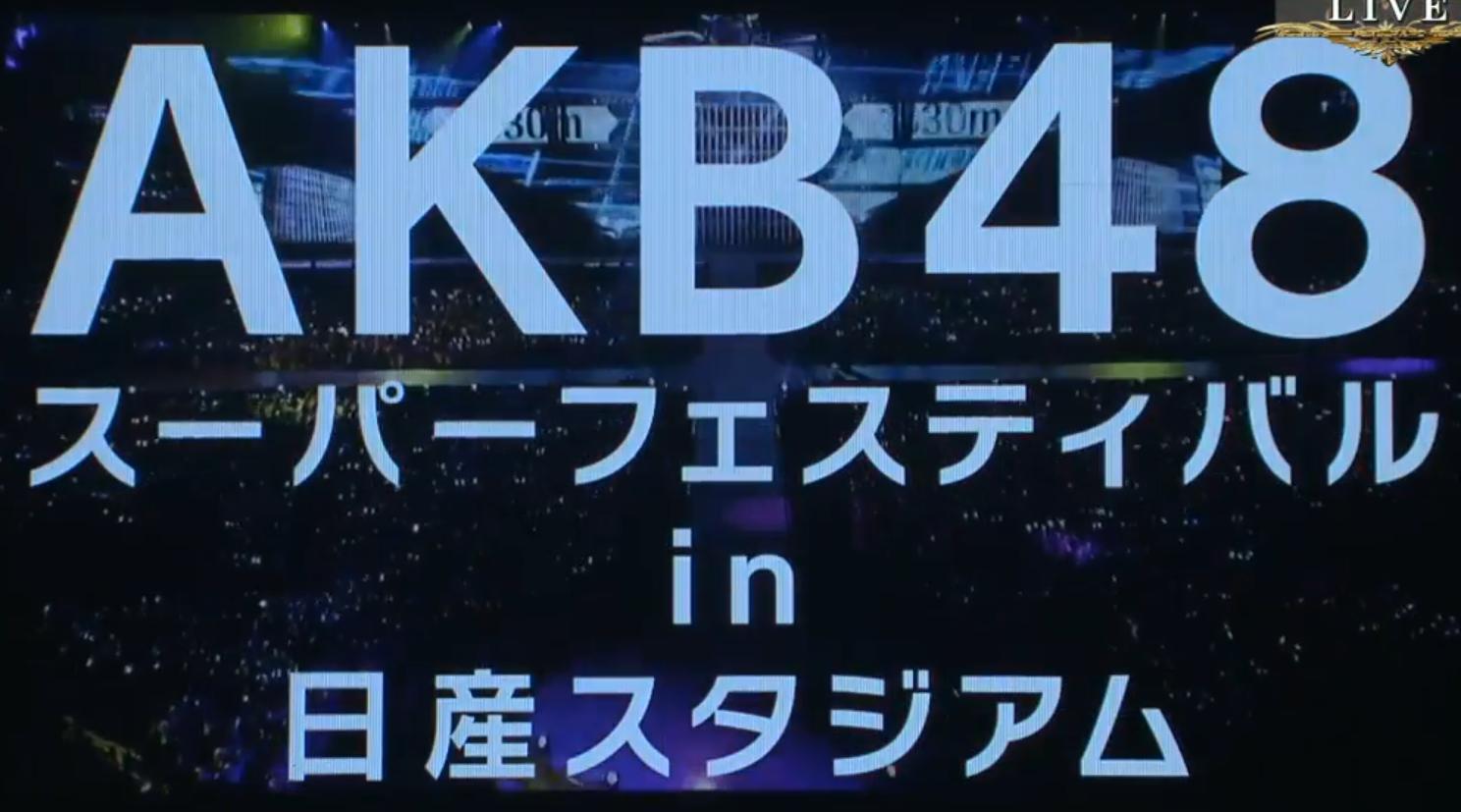 During the encore of the final night of Request Hour Setlist Best 100 2013 it was announced that AKB48 will be holding a concert this June in the Nissan Stadium!

Although the group has performed in many outdoor venues and various domes/arenas, this will be their first true stadium performance. This announcement also makes them the first female group to ever perform in the stadium!

Nissan Stadium is also known as International Stadium Yokohama and it holds 72,327 people! It’s well known for hosting football (soccer) events and was in the running for the Japanese bid for the 2008 Summer Olympics (though it was later beat out by Osaka’s bid and, ultimately, Beijing, China’s.) The large size of the venue is likely to provide unique challenges for a group that is used to performing in a traditional setting but it’s not likely to stop AKB. Aside from the upcoming AKB performance, the only artists to perform in Nissan Stadium since it’s opening in 1998 are B’z, Yazawa Eikichi, SMAP, Southern All Stars, Mr. Children, Yuzu, GLAY, EXILE, X Japan and L’arc en Ciel.

The announcement took many fans by surprise as there was much agreement that there would be either graduation announcements or a surprise appearance by former member Maeda Atsuko. Neither of those events took place, of course, but many are left wonder what sorts of announcements await them in the coming year. Speculators have said that we’re likely to see graduation announcements at the group’s recently announced 4-day Budokan live, AKB48 Fair. AKB’s management is well known for keeping fans on their toes and we can assure you that we’ll have all the biggest news as it breaks here on NihonBeat!

Congratulations to AKB48 on their success!

Definitely excited, hope its a great year ahead.