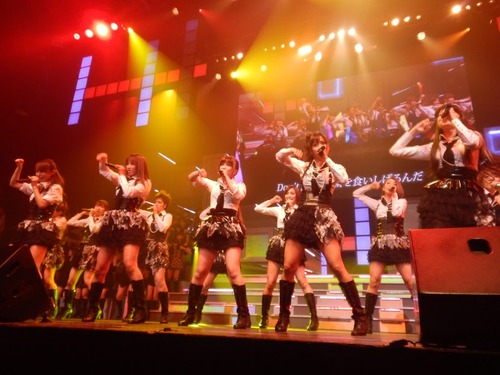 SDN48 who disbanded in March 2012 made a surprise appearance at AKB48's Request Hour after their song, Kodoku na Runner ranked in at no. 18.

Below is the performance.
http://v.youku.com/v_show/id_XNTA3NjM3NzQw.html 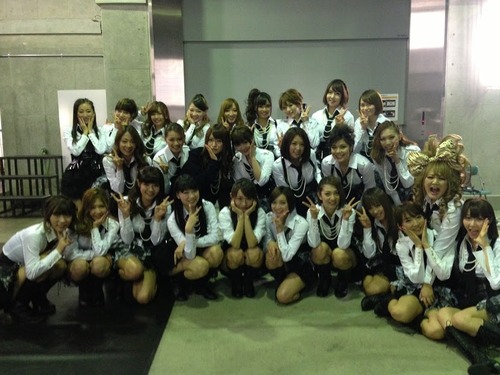 During the MC, SDN48 announced that they are going to have a reunion concert for their fans as promised on 31st March 2013 at the AKB48 Theatre. 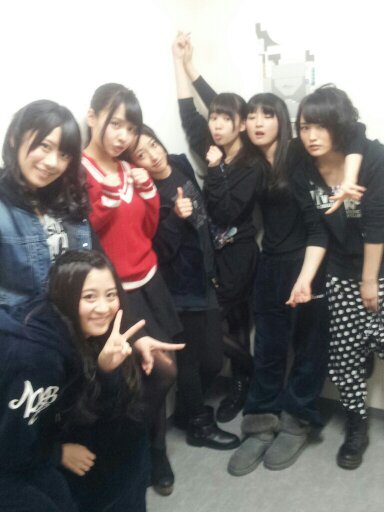 The members performed this song during one of the MCs at Request Hour. They were accompanied by their acapella coach who was the bass vocals for them, Yoshida Keisuke from INSPi. He was also responsible for the Oogoe Diamond acapella rendition performed by some members of AKB48 in AKB48 Kouhaku 2012.

Here is a stream to the particular MC!
http://v.youku.com/v_show/id_XNTA3NjUxNjg0.html

Despite it being their first time performing an acapella, Yoshida Keisuke commended NMB48 on their Zetsumetsu performance, saying he was really moved and encouraged by them. He even complimented some of the notes Yamada Nana hit for this performance.

Omggg this was amazing and completely unexpected from a MC!!
Thinking they probably did this cause Zetsumetsu was unranked.
But sasuga NMB, imo, MVP for tonight :P
I have never been prouder as a fan.
*Almost died at Ainyan beatbox* hahaha.
Everyone did a great job though!!! Being amateurs and all, I was very impressed!

so adorable, idg the hate for kawaii Kuu

The short version of the music video, filmed in the spring of 2012, aired on the 28th as part of Spaceshower TV's NEW CUTS program.

tonisen owns this PV for me lol. and of course, i'm one of the many saddened by the loss of V6 rubbing their crotches and the pole dancing but i really do like the PV and the direction (although it falls flat at some parts) and the choreography looks really smooth. 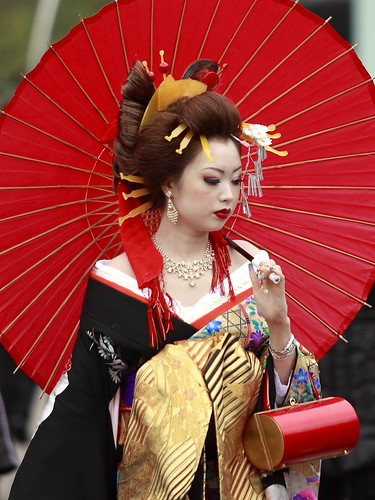 In Japan, the second Monday in January is a holiday known as ‘Seijin no hi’, or ‘Coming of Age Day’, when those who have reached the age of 20 in the past year celebrate the completion of their transition into adulthood with ‘seijin shiki’ [coming of age ceremonies]. Although the ceremony is usually held at a local government office, for many girls, preparing their hair and clothes for the event is of utmost importance. Usually, girls will wear a ‘furisode’ kimono, a style with long falling sleeves, that should only be worn by young, unmarried women. It often features bright floral patterns that represent the blossoming of youth.

This year, some girls from Shizuoka Prefecture have caused an online controversy by wearing furisode in an ‘oiran-style’, as popularised in some fashion magazines. The oiran were the high-class courtesans of Edo Japan, many of whom achieved celebrity during their lifetimes. Still, as the women were effectively prostitutes, netizens have reacted negatively to this new style, feeling it is inappropriate for a coming of age ceremony. As a result, the unsuspecting oiran-style girls are now at the centre of an online controversy.

Sakurai sho will be starring in a new drama on Fuji Tv called 'Kazoku game' (The Family game). “Kazoku Game” is based on Honma Yohei’s award-winning novel of the same name, and it has been adapted into live-action movies several times with one starring late actor Matsuda Yusaku, and two special dramas starring Kaga Takeshi as well as two drama series starring Nagabuchi Tsuyoshi.

The story revolves around an eccentric home tutor named “Yoshimoto” (played by Sakurai), who is hired to teach the second son of the Numata family. While being tossed around by the weird and unconventional home tutor, the remedial student and his family gradually start changing. Though the previous movie/dramas featured a fiercely competitive high school entrance examinations as its main theme, the 2013 version will also feature some modern problems like bullying and school refusal.

Apparently, Sakurai has had a home tutor in his actual life when he was in junior high school and high school. He stated, “I hope to reflect on my memories from those days [into] the drama, and I want to make it a drama that gives you a tinglly feeling when watching it with your family.” Regarding his “bizarre” role, he said, “I’m already excited that I will be able to show a new side of me.”

It focuses on a dysfunctional middle-class nuclear family—each family member is connected not internally, but through the social roles they are expected to take on, and the pressure of these social expectations further accelerates the breakdown in their communication.